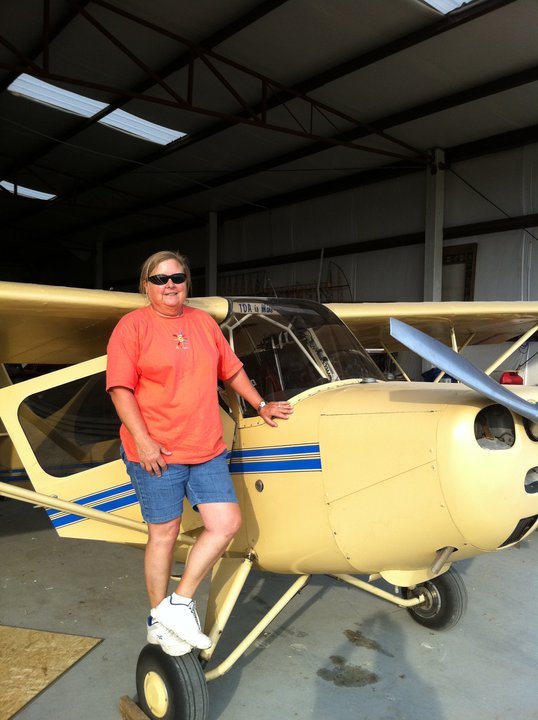 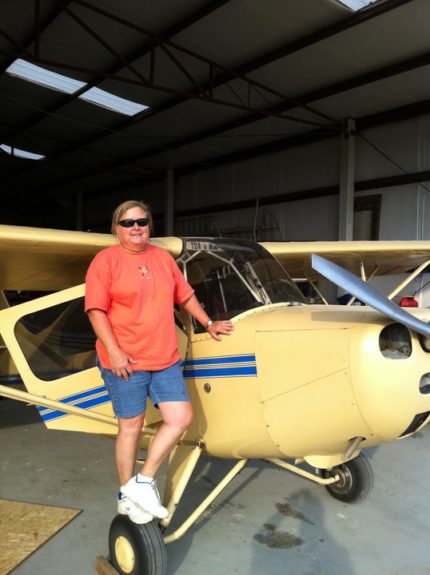 I became involved in Civil Air Patrol because of a need to fly and had just survived a divorce. On my way home to Houston, TX from a Mission we stopped over in San Antonio. Several of us spent some time together just waiting on weather. I never thought much of it until a friend out of Houston told me I needed to go to the next practice if I was interested in Fred. That was the beginning. I did go and we started flying to places together. I did most of the flying and he loved to navigate and dial in the electronics. 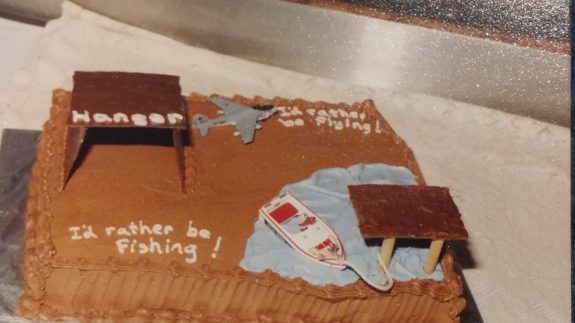 Our Groom’s cake from the wedding.Â  I would rather be flying. Fred would rather be fishing.Â Funny about the hangar from the cake. The hangar was sheet chocolate. I left the sheets wrapped in foil with the remainder of the cake at mom and dad’s while Fred and I went on our honeymoon trip. When we returned I looked for the chocolate and dad said he thought I left it for him. 🙂

Our story lasted 28 years. Fred lost his fight with heart disease in November this past year.