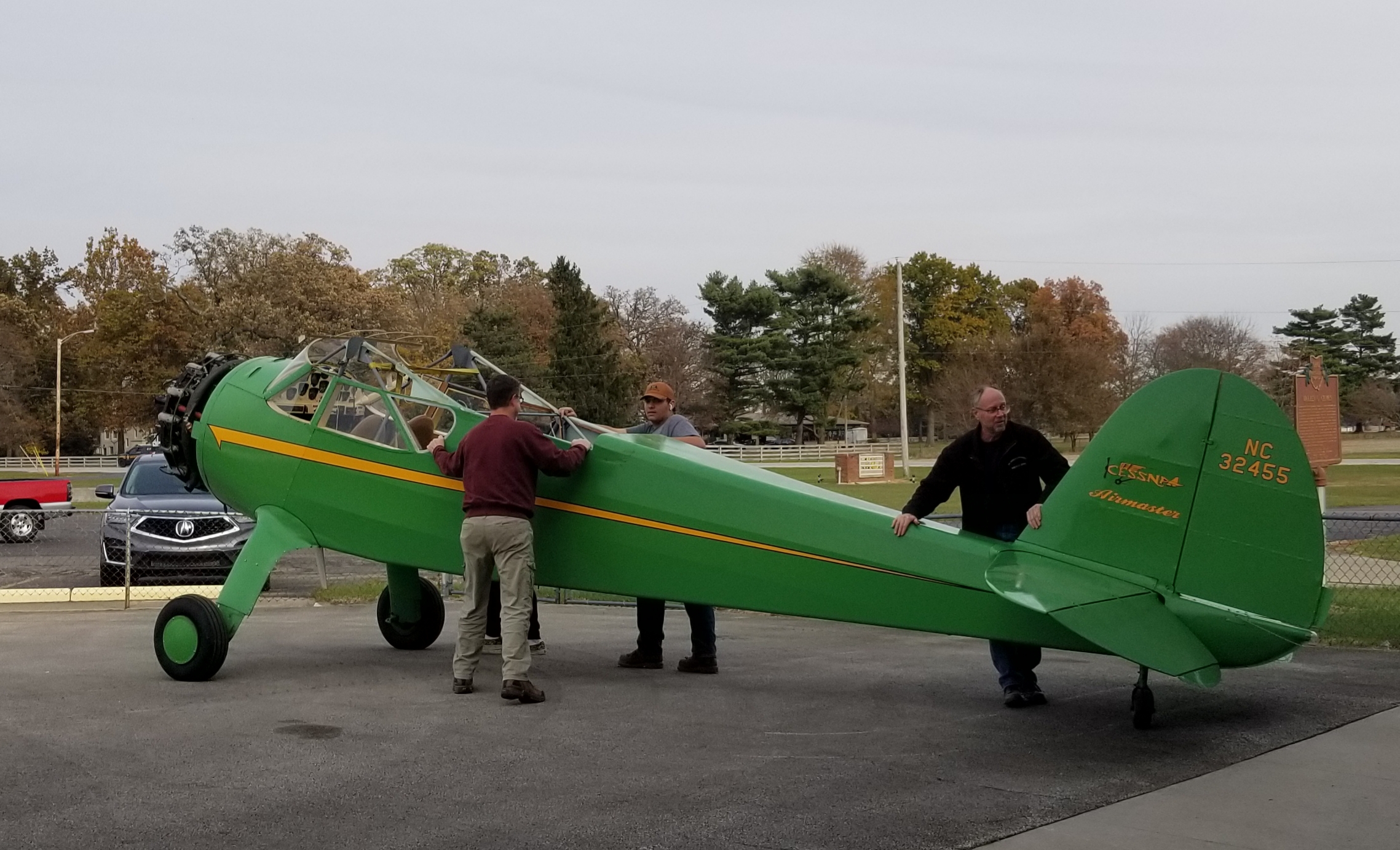 Lunch at the airport restaurant, Grimes Field, I74, Urbana, Ohio is a one hour eastbound flight in my Decathlon. It’s usually a lovely, non-eventful hop for me but I will say, today’s return flight got my serious attention. But neverminded, so much unexpected excitement happened while still on the ground at I74, that story can wait! 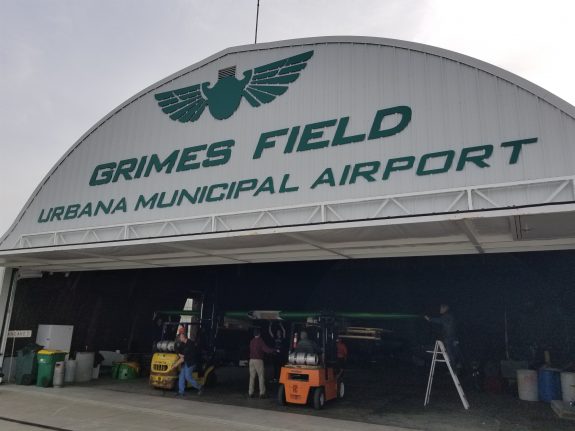 If you’re based anywhere near Urbana, Ohio it’s worth your while to stop in for breakfast or lunch, and while you’re at it, visit the Champaign Aviation Museum. It is situated on the north end of Grimes Field municipal airport. The museum is known primarily for its ongoing restoration of a B-17 Flying Fortress to flying condition, and an incredible restoration undertaking absolutely worth your time. 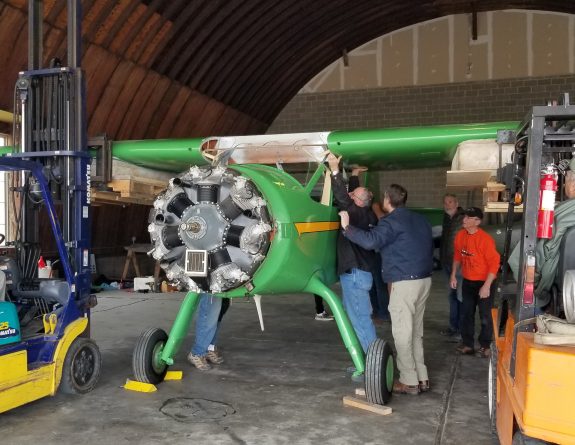 Lucky for me, my airport restaurant lunch morphed into something much bigger, unexpected, unanticipated. It was just pure luck. I exited the restaurant and spotted a nearby hangar door open — and a beautiful 1941 Cessna radial engine Airmaster being swarmed over by no less than 10 people. Something big was happening, I just didn’t know what! 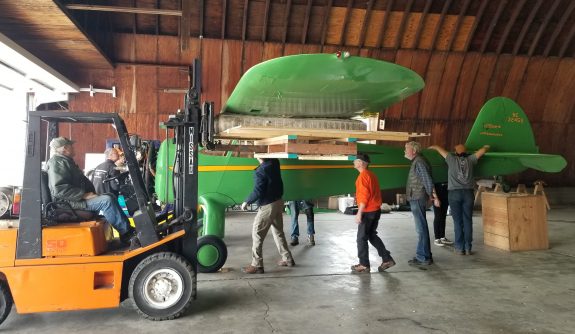 A forklift under each wing was a clue. Did I happen to catch them in the midst of removing the single piece wood-wing or reinstalling it? Very exciting! As I stood in the background, watched and waited, it became obvious they were tasked with removing the entire one piece wing from the fuselage. 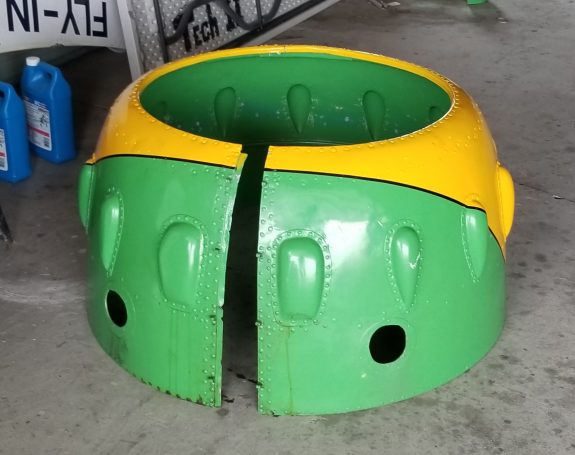 There were struggles but the crew got it done. Even with all attached bolts removed, the bracketry was still too tight to let the wing release from the fuselage.  It appeared frustrating.  A ratchet strap was located and placed between the two main fittings, tightened, and the fittings no longer pinched the main spar. The wing was finally lifted out of the fuselage cradle brackets, there was a sigh of relief and the fuselage was rolled out from under the wings. It was very exciting to watch this team work together. They were focused on one single goal, in unison, happy to extend the life of this very special aircraft, well beyond its 80 years!!

I must point out that everyone participating was aware they were handling a piece of history and extreme care was taken. The professionals tasked with this undertaking were patient and determined but all determined to do it right. 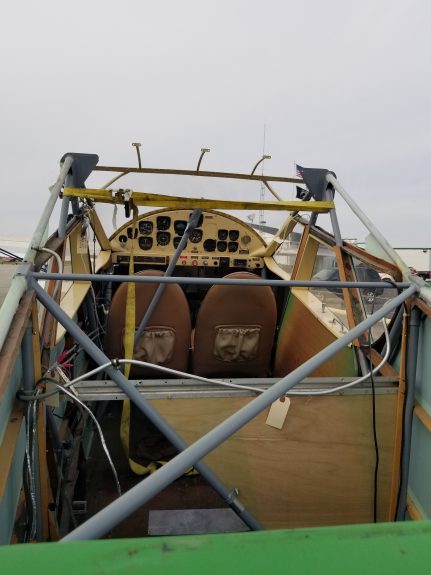 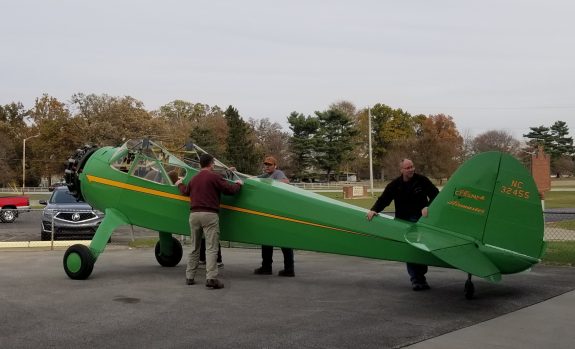 Answers to just a couple questions today led me to realize that Scott Glover is the guardian and man behind maintaining this Cessna Airmaster and so many more aircraft. We thank you Scott for preserving our American aviation history and sharing it with this and future generations.