The Year: 1931: Modern Mechanics,Â July ’31: Robot Replaces Flight Instructor. A flight instructor which simulates real flying conditions and gives the student pilot the visual as well as mechanical “feel” of the airplane in flight has been recently developed by George DeBeeson, a Los Angeles inventor. 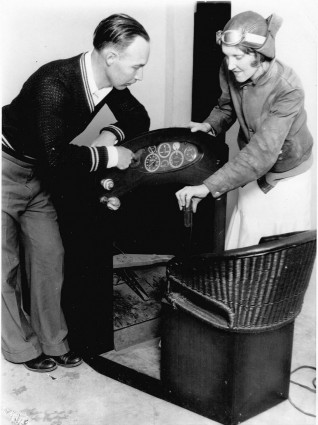 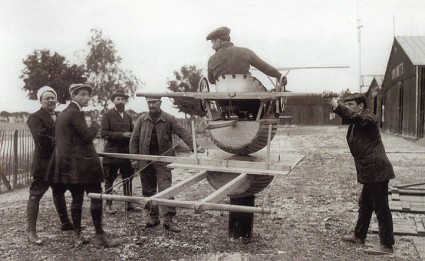 1909 training rig for the Antoinette aircraft from the back. Both control wheels can be seen left and right of the pilot.

In early 1909, the Antoinette company worked with the French Army to establish the first military aircraft trials, a flight school and a workshop. The school included the Antoinette Trainer – a rudimentary flight simulator that comprised a half-barrel mounted on a universal joint,Â with flight controls, pulleys, and stub-wings (poles) to allow the pilot to maintain balance while instructors applied external forces. 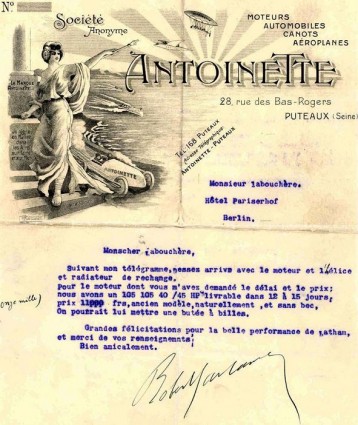 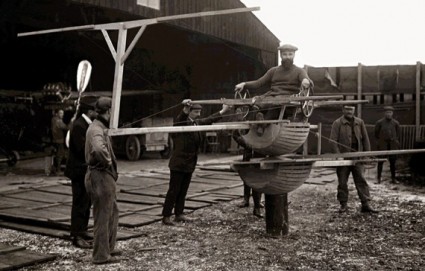 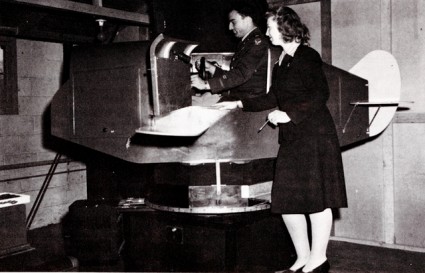 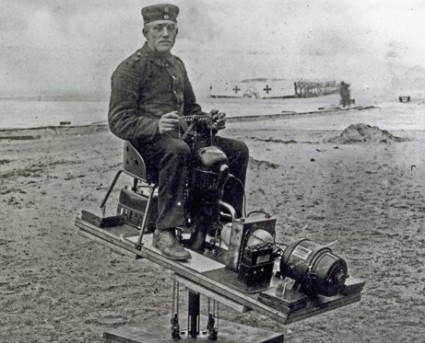 â€œTo us who have until now been inexorably bound to the surface of the earth, it must seem that the sky, too, is to become another battlefield no less important than the battlefields on land and at sea. The army and the navy must recognize in the air force the birth of a third brother – younger, but none the less important, in the great military family.” -Â Giulio Douhet. 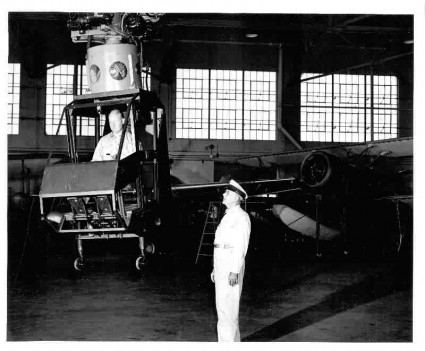