Anne and I had perfect flights to the East Tennessee Fall Super Cub Fly-in – beautiful weather & scenery and non-eventful! A quick stop for breakfast at Columbus, Indiana was down memory lane for Anne who had lived in the area almost 20 years ago and had landed at BAK on a cross country flight with her instructor. There’s a darn good restaurant on the field with big windows that overlook the ramp and runways and the French toast is the best you’ll find anywhere. 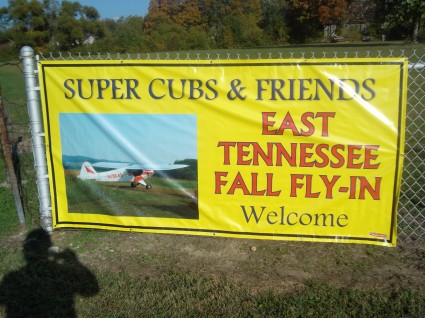 Turns out Anne’s Super Cub is a tad faster than my Rans S7 and so, even though we started our trip flying loose formation, we eventually gave it up. We communicated on 123.45 but after our fuel stop in London, KY she pushed ahead and I started hanging back just a little. It all worked out in the end and we somehow ended up landing one after the other at Elizabethton, TN. 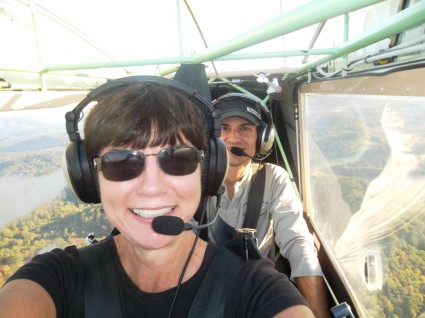 Right off the bat I got to fly Greg Swingle's Rans S7!

I’ve been trying to meet theÂ allusive and dare I sayÂ infamous Greg Swingle for ages and was beginning to think he may just be a Vimeo video allusion. What, you’ve never heard of Â Greg Swingle, seen his fabulous, fanatical, theatrical, S7 videos?! Google him right now – do not delay! Greg showed up at the lady taildraggers flyin in August – for 15 minutes – the same 15 minutes I was out having a great time in a Navion (of all things at a taildragger flyin!) and I only saw him as I was departing and he was arriving. By the time I got back he was long gone, I was bummed I missed him and thinking, “how the heck ya come to a lady taildragger flyin and stay for just for 15 minutes?!!” Well, turns out he had a good reason but it left me well over due to finally meet him! 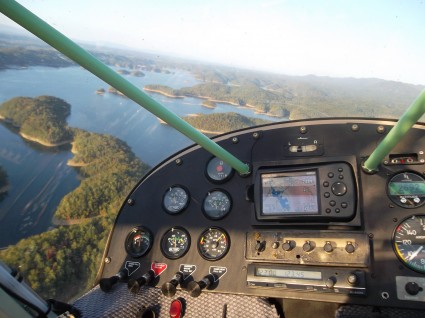 When he said “Let’s fly! Your Rans or mine?” I was not passing up the chance to fly that beautiful black & taupe, big bush tire, Ohio bush pilot,Â back-country, hill landing tested, riverbed driven, Alaskan flown Rans S7. We took his. 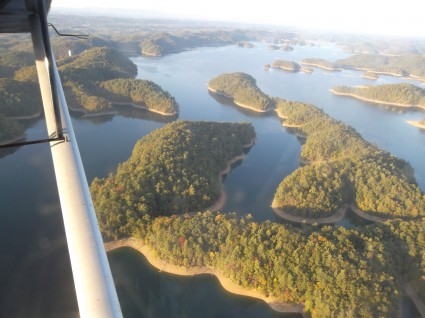 Flying over this was a WOW moment 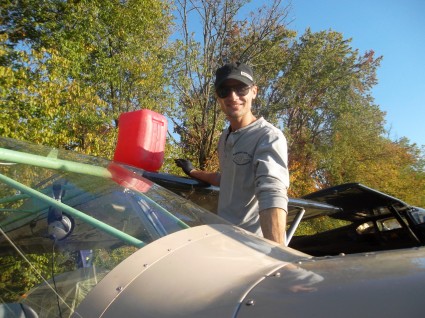 A great way to start out the Thursday, ‘early arrival day’ at the East Tennessee Fall Super Club Fly-in. Â The event officially runs Friday through Sunday but a few people always start gathering early. Based on the number of aircraft that arrived on Thursday the last couple years they expected about 20 airplanes. This year 50. It’s going to be one great fly-in!!