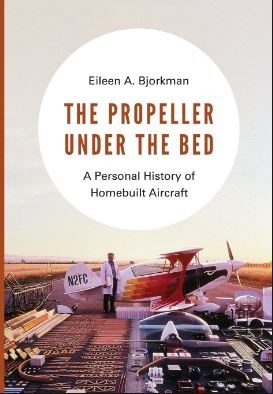 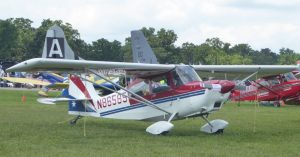 I’d like to introduce you to a previous owner of my 1973 Decathlon, N86585, Eileen Bjorkman. Eileen lovingly cared for her bird for 17 years, evidenced by the meticulous logs, receipts and documentation. With less than 7% of the pilot population being female, and only a fraction of those flying taildraggers, I think it’s fantastic N86586 now has two female owners in its lineage. Ellen is an accomplished pilot, aeronautical engineer, retired Air Force colonel and flight test engineer, aviation writer and works as a civilian for the Department of the Air Force. Please help me in welcoming Eileen Bjorkman to our fine group.

I guess you could say I’ve been flying taildraggers my whole life — my mother and father were up doing loops in a J-3 Cub about a week before I was born. I joined the Air Force in 1980 as an engineer (my eyes weren’t good enough for pilot training) and first soloed in a Piper Tomahawk at Springfield, Ohio in 1981. I finally got my private pilot’s license in 1987 and then added most of the other ratings over the next few years. 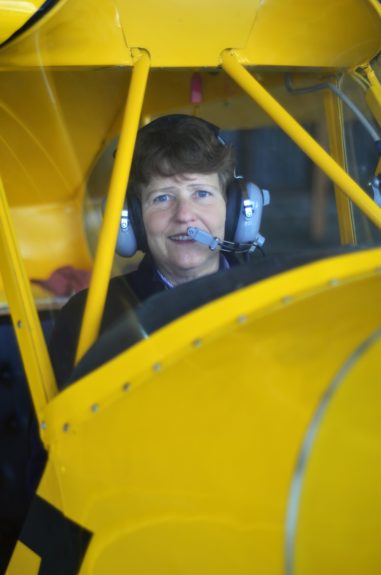 I flew a few tailwheel aircraft along the way–a J-3 Cub of my dad’s, an Aeronca Champ, and a Decathlon at the Aero Club at Wright-Patterson AFB in Ohio, but I didn’t really get serious about taildraggers until I checked out in a Citabria at Maxwell AFB, Alabama in 1993. I learned to do aerobatics and was hooked. When I was stationed at the Pentagon later that year, I couldn’t find a tailwheel/aerobatic airplane to rent, so I decided to buy a 1973 Decathlon (N86585) in January 1994.

I found the airplane in Arcadia, Florida. It was originally a dark blue color and I had it recovered at the factory in 1995, along with putting on the new metal wing. N86585 moved all over the country with me — New Mexico, Florida, back to Virginia, Ohio, Virginia again, and then finally Edwards AFB, California. I sold the airplane in 2011 because I didn’t have the time to fly it much anymore. When I moved back to Seattle, I got into a partnership in my current Decathlon, N123BY, a 2003 model. 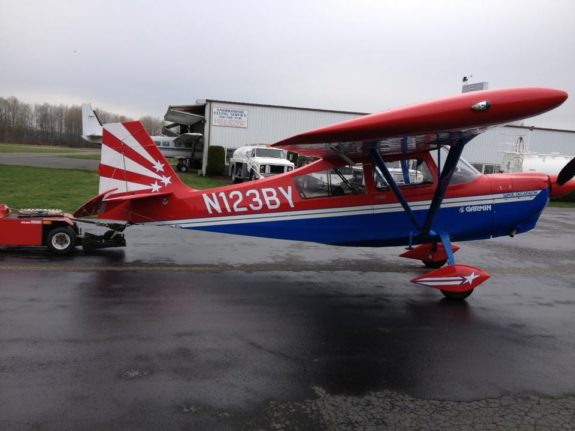 I retired from the Air Force in 2010 and am now working as a civilian for the Department of the Air Force, but I also do some freelance writing about aviation on the side and I recently had a book published by the University of Washington Press, “The Propeller under the Bed: A Personal History of Homebuilt Aircraft.”

My website is at http://www.eileenbjorkman.com and I have a Facebook page for my book (The Propeller Under the Bed). 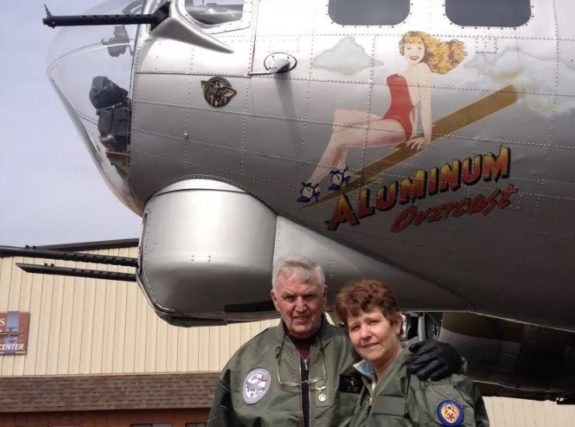 Eileen Bjorkman received her B-17 type rating in 2015 from Bob Davis flying EAA’s Aluminum Overcast and wrote an article about the experience for Air & Space Magazine. “My new airman certificate reads, â€œairline transport pilot: multiengine land; b-17,â€ although there is a limitation: â€œB-17 Sic [Second In Command] Only.â€ Even so, I have major bragging rights during future hangar flying sessions.”

Dream taildragger: My Decathlon! Actually, I would also like to build an RV-8.

Thoughts on taildragging: They are more fun to fly, especially tandem aircraft. I feel like I’m one with the airplane when I fly taildraggers in a way that I don’t with a tricycle gear airplane.