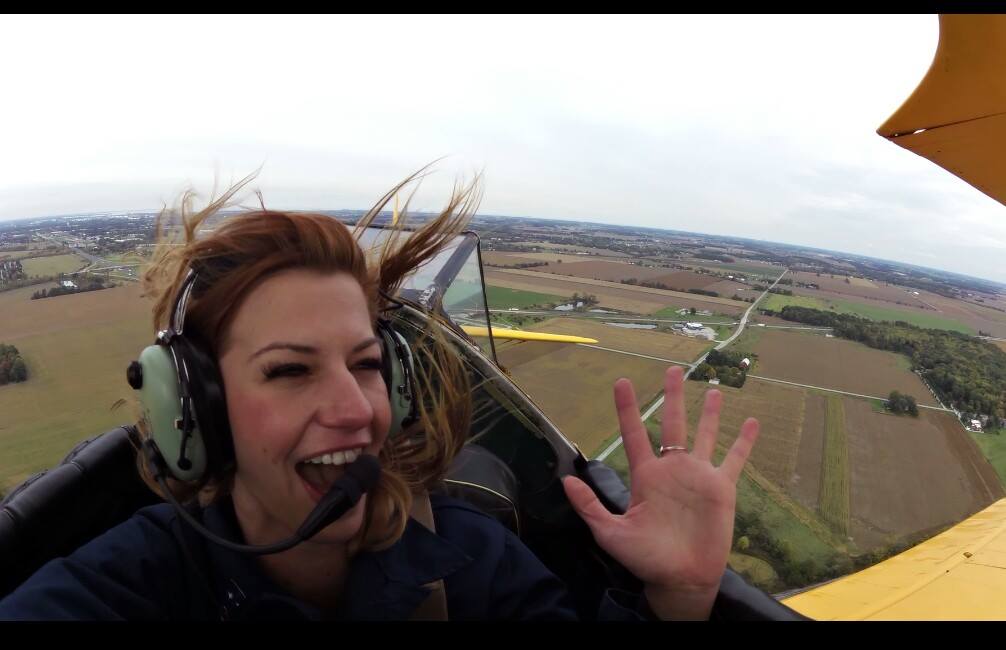 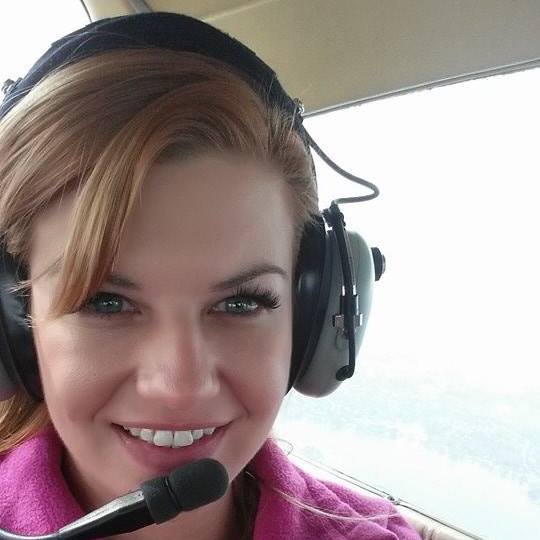 My name is Emily Carpenter, a.k.a. Miss Maverick. I am a student pilot and I am training in a Pitts S2B in my pink heels (so I can reach the rudders). 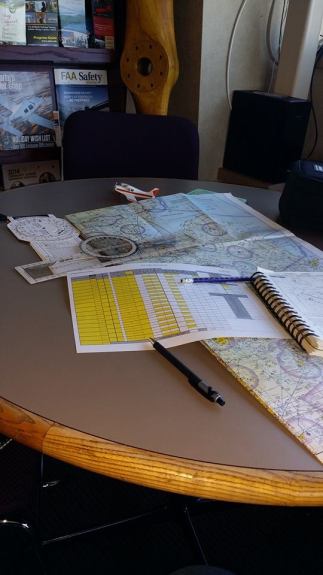 I started flying because I was, and still am, terrified of flying commercially. I love flying because even though it frightens me, the fear has been my driving force.Â I was absolutely petrified of stalls in a Diamond DA-20 so I Googled places to do spin training and found an airport 2 hours away with a great instructor,Â Berz Flight Training.Â Â I made that long trek, all the while sweating profusely, thinking about spins, but I didn’t want to be afraid anymore. 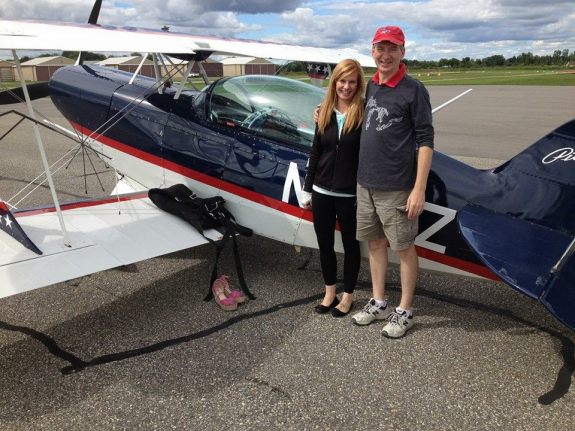 I arrived and met my instructor. We were going to do spin training in a Citabria. We went up and just did a stall. It was the worst feeling. My instructor then proceeded to explain a spin. We went into a stall and barely went into a spin entry. My hands went flying and I screamed. My instructor could not stop laughing so we landed. I wanted a break before going up again. 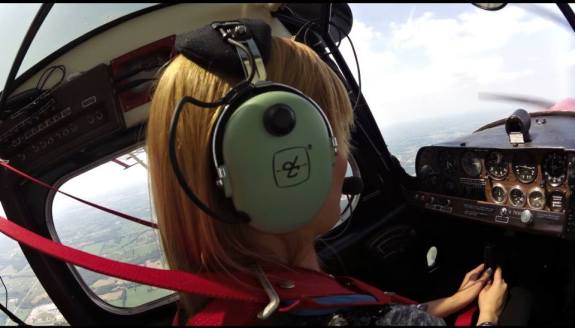 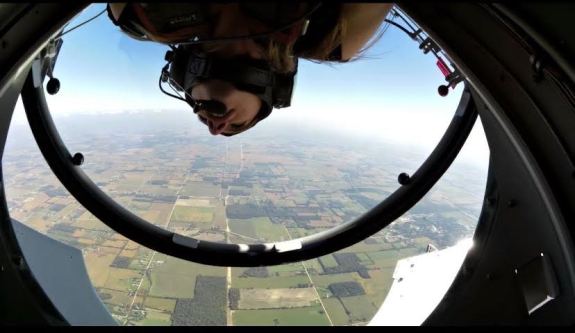 We began putting the parachutes on and I’m thinking, this is not right. Not to be dramatic but I honestly thought I was a goner. We took off and I would not do anything aside from straight and level flight. Upon major encouragement, my instructor convinced me to let him do an aileron roll. I remember grabbing anything and everything in sight holding on for dear life and yelling “I’m going to throw up” repeatedly. LOL. I just wanted him to stop. After the maneuver I realized it wasn’t that bad and I asked him to do it again and again. I was hooked. 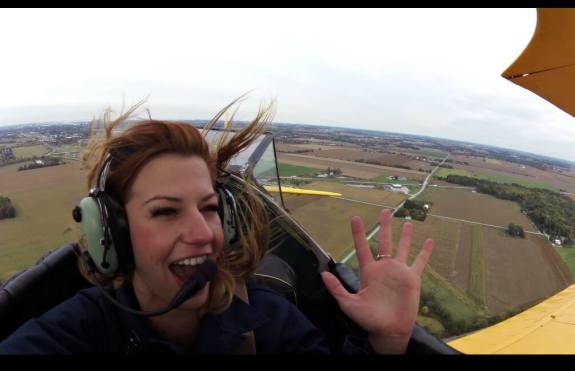 It was very difficult in the beginning since I could not reach the rudders. My instructor and I brainstormed and I figured high heels. It’s such a challenge, not only learning to fly, but flying a tailwheel, high performance aircraft in heels – very difficult. Now I am training to compete. 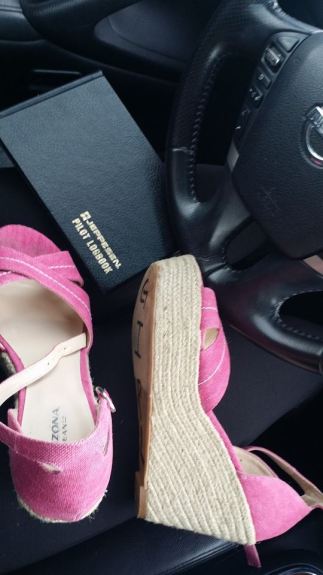 I have a Facebook fan page calledÂ Miss MaverickÂ so people can see what it’s like to start flying from the bottom and work up. I want to share my experience and the hardships along with the laughs, in hopes of inspiring people to use their fear as a driving force.