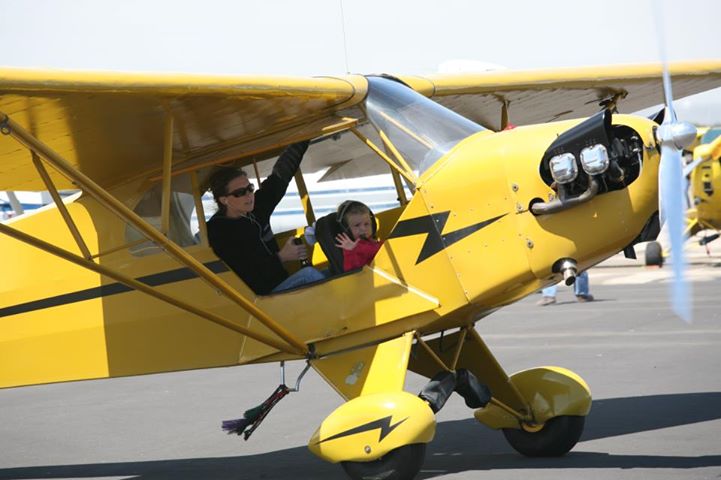 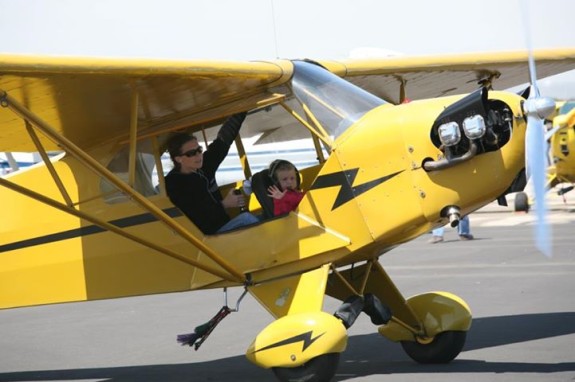 Above photo from 2012 Fly-in. Video & comments from Vanessa Jump Nelson: Thirty Cubs had flown in by Thursday and a total of 60 Cubs flew in by Friday night. I was honored to take noted aviation photographer Eric Presten up to shoot some “setting sun” photos of a formation flight of three Cubs on Friday night. On Saturday my husband was my bombardier for flour bombing, which culminated with a short-field landing competition. My husband and I also flew in a formation flight of ten for the “Lighthouse Tour” and photo shoot, which lasted about an hour and was great fun!

Saturday night was the awards ceremony. Although none of us in our group from Oregon won the flour bombing competition or the short-field landing contest, our squadron leader, Robin Reid, took home two highly coveted awards: “Best Cub” and also the “Pilots’ Choice Award” for his beautifully restored Cub 3614K. Kathryn Perry won the first place award for coming the “Greatest Distance” (from near Seattle, Washington), her little daughter Jessica won first place for the “Vintage Hollywood” themed costume contest, Al Cleveland (one of the others in our flight of five) won a bag of beans, and Robin’s son won a free fuel fill up for a Cub. Best of all, we all had a blast!