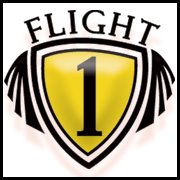 Lady Taildragger pilots, here’s your chance to fly for a cause!

Â There’s a new, non-profit organization based in the Midwest that has a very big mission.

Flight 1 is an Indianapolis based organization that, through aviation, brings joy and confidence to children affected by serious illnesses.

It’s a kind and thoughtful undertaking with a very big heart.

Â More than just a plane ride, the program engages children in year round activities which may include air shows, flight time and much more.

The success of Flight1 is attributed to the talent of volunteers. Without volunteers the mission of Flight1 would not be achieved.

So lady taildraggers, here’s your chance to play a part and inspire children in the Flight1 program at the same time! Flight1 invited LadiesLoveTaildraggers to kick off their newÂ initiative namedÂ the “Logbook Project”. Five Lady Taildragger pilots will be the first to receive and fly the “Flight1 Logbook” on its around the world mission. They are asking that we fly with this very special logbook for no more than two weeks, record where we fly, add any special comments about our flights, then pass the logbook on to other pilots we meet along the way.

The Goal: Through this project the children will see the enormity of the aviation community around the world and all those who support their struggle.

I feel so fortune to be the first person in what will hopefully be a long list of pilots throughout the world to fly with this special logbook. That said, I am looking for four more lady taildragger pilots to continue the mission of “flying the logbook”. Please leave a comment here or in the Facebook LadiesLoveTaildraggers Group if you would like to receive the logbook. If I can’t personally fly the logbook to you myself, I’ll mail it to you, and together we’ll send it on its way. Instructions and details will be included in the logbook.

Marcus Strawhorn, founder of Flight1 giving his son a ride in his father’s Cub

Â Thanks for all you’re doing Marcus!