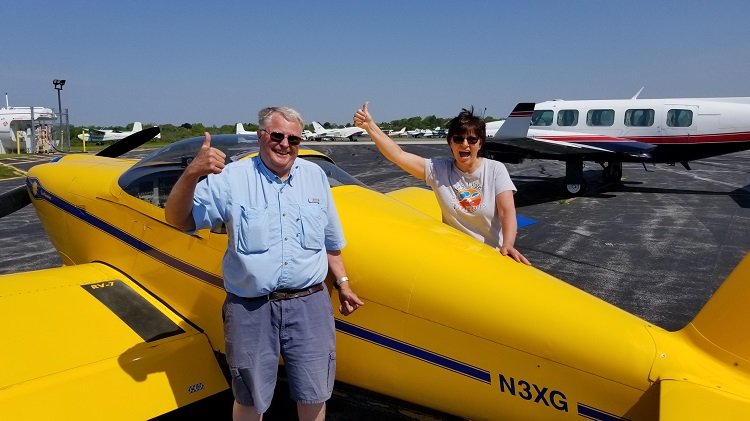 It’s pretty cool when you can fly through 7 states, even small ones, in a few short hours. OK, we’re not talking Texas here, but I was happy to take in Rhode Island, Connecticut, New York, New Jersey, Delaware, Maryland and Virginia, all before lunch today! 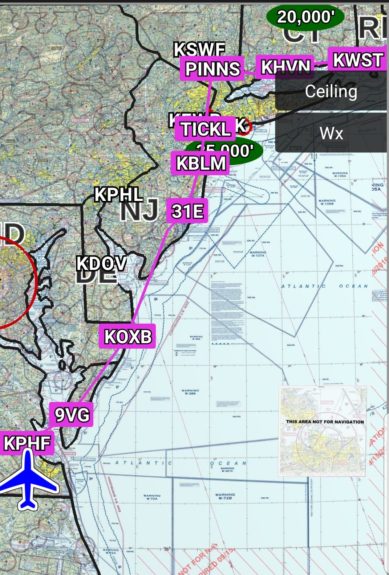 Today was the day Boyd and I planned to fly the Hudson River Corridor. We were more than a little hyped up climbing into our bird at Newport State Airport (Rhode Island). We had 4 different GPS’s programmed for the 3.5 hour flight between Rhode Island, the Hudson River corridor, then south down the Atlantic coast all the way to Williamsburg, Virginia. Why 4 GPSs? In case 3 wasn’t enough to save our butts! 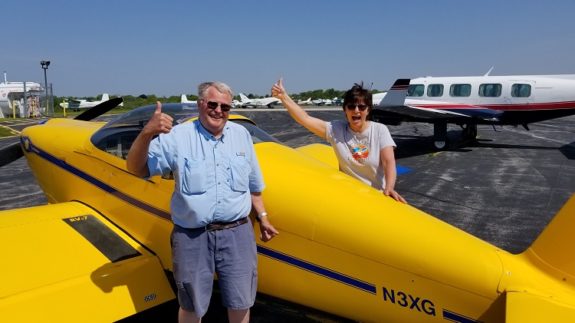 It seemed like a pretty monumental undertaking as we taxied out. We didn’t want any airspace violations and, with many TFRs along our course, the one over Trump Tower seemed way too close for comfort. From Newport, RI to the north gate of the Hudson corridor, we had an hour to contemplate what we were about to do. Neither of us was sure it was a good idea but neither of us was ready to back out either. Our palms may have been sweaty but our flight plans had been meticulous and well thought out. The anticipation was great but, by gosh, we were really going to do it! 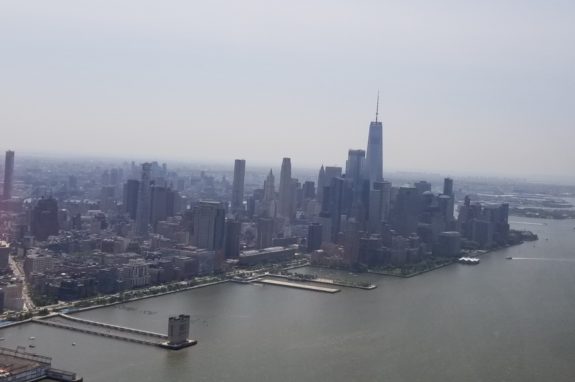 I sat left seat but Boyd did most of the work from the right side. My job was to watch for check-points and traffic … and be the official photographer! We flew the corridor in a southbound direction and Boyd broadcast each of the mandatory reporting points; “Yellow RV, Alpine Tower, 1200′ southbound”. It all came together just like the AOPA video we watched said it would. It was a crazy feeling flying low enough down the Hudson to look up at buildings higher than we were, but part of the wonderful adventure. 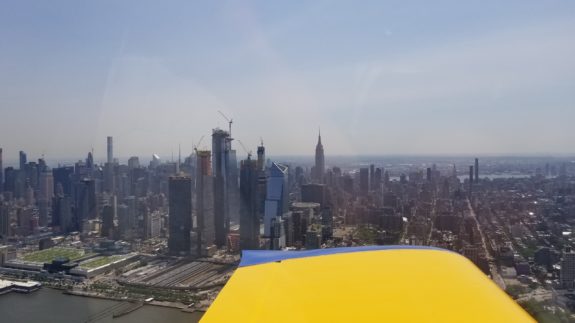 The entire flight was an incredible experience. It was so spectacular that, as we continue our U.S.A. perimeter flight, I have no idea what could top seeing Ellis Island and circling the Statue of Liberty at 900′. I’m just going to wait and see! 🙂 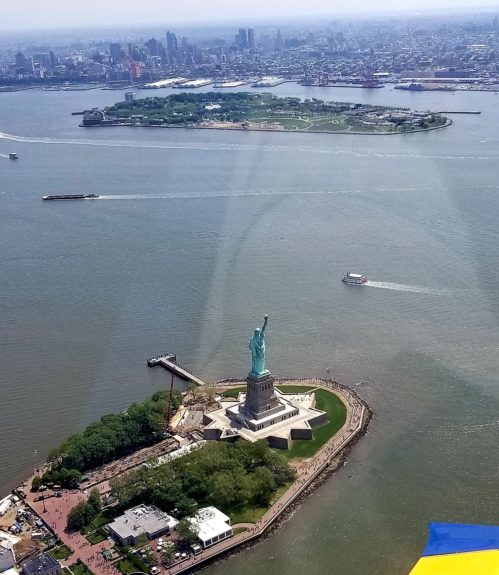 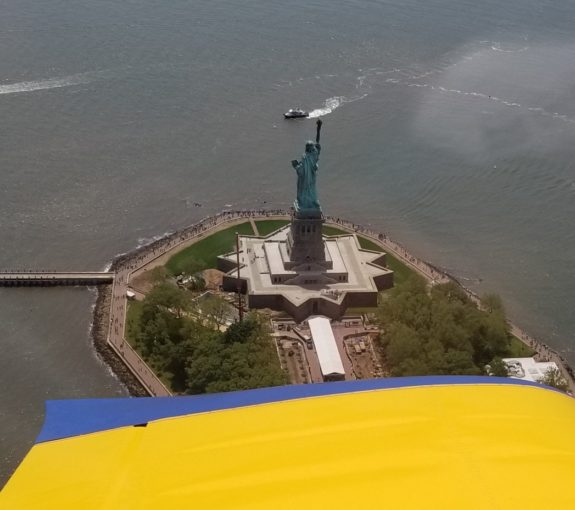