Here’s a post for everyone that has ever flown a truly monumental cross-country taildragger Â flight and anyone that’s still plotting and planning where and how they are going to do it! Â  These shots were provided by our very own LLT’s Diana Votaw who purchased a new Cubcrafter’s Sport Cub S2 in 2008. Â She picked it up at the factory inÂ Yakima, Washington and departed on a solo cross-country flight back to her home near St. Louis, MO. Â  She took some incredible pictures on her flight home…… 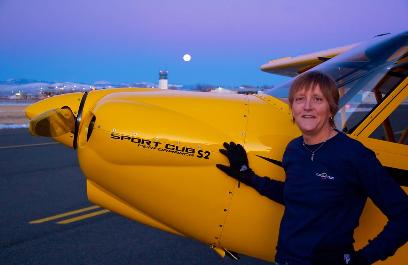 Blue sky day - on the way

You won't see this view sitting at home on your sofa

Diana Votaw is a CFI and is based at Hunter Field in Sparta Illinois.

Doing what it does best!