With TWO really nice flying days in a row there was no way I wasn’t going to take total advantage of it! Yesterday I did a solo, central Indiana circuit landing at several airports I don’t get to very often and just playing around in the sky for the fun of it. Smooth in the morning but it got pretty bumpy mid-afternoon when theÂ cumulusÂ clouds were building so I headed home. 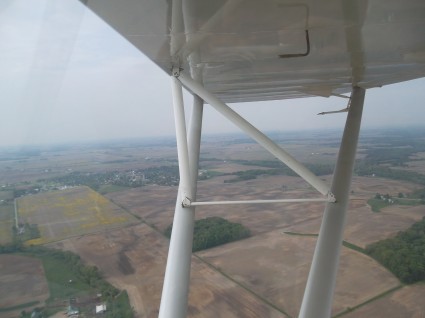 I admit it, there's not much to see in Indiana this time of year but it's always interesting to look down and see the farmers getting their crops in.

Today there was a fly-in pancake breakfast at Frankfort, IN which just happened to be one of the stops in theÂ poker run I’ve been looking forward to all week. 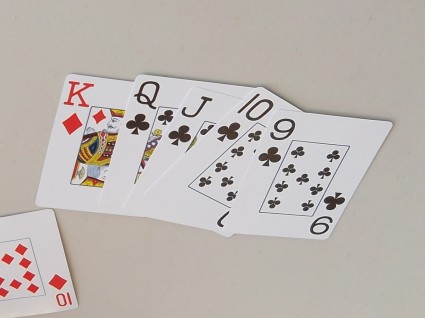 5 airports later and time to show our hands. No, this wasn't mine - the best I could muster was a pair of 7s. This hand belonged to a guy that landed after me.

There were about a dozen airports on the list to land and pick up playing cards so we narrowed it down to five that were sort of on the way to OKK. Three of ’em had grass so that was an extra bonus! Always fun to get to land on grass when your based at an only hardsurface airport. 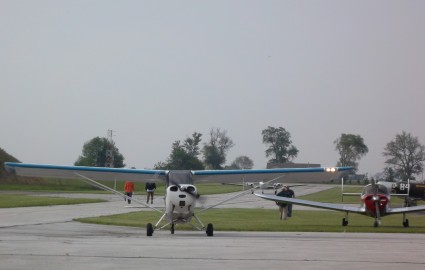 The Happy Champ at Frankfort

It was so cool to see the Â Happy Champ (formerly my Happy Champ)Â at the pancake breakfast. It gave me such a kick seeing Jerry and his wife out flying it! 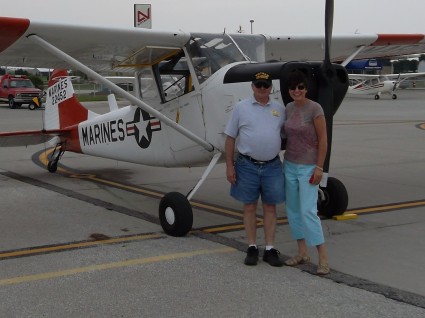 Bill Finney and me and his L19 Bird Dog

For anybody not sure about getting on Facebook, I’m here to tell you, you meet the greatest people and some of them even own Bird Dogs! Last year, Bill Finney promised me a ride in his L19 Bird Dog so when I spotted his Bird Dog today, he made good on that promise. OMG, what a great airplane! 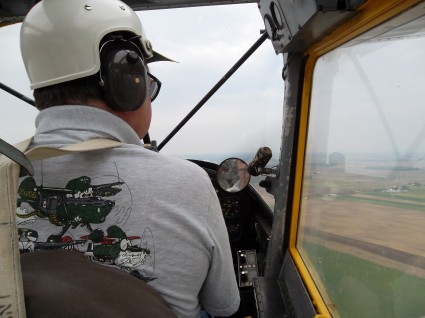 Not a bad seat in the house!

I’m all aboutÂ tandemÂ taildraggers and this is one I’ve wanted to fly for a long time. What a great airplane! Bill didn’t waste any time passing me the controls so we headed northeast of the airport making turns and checking out how she flies – smooth and very gentle.Â  I’ve always wanted a Super Cub but the Bird Dog could edge it out?! 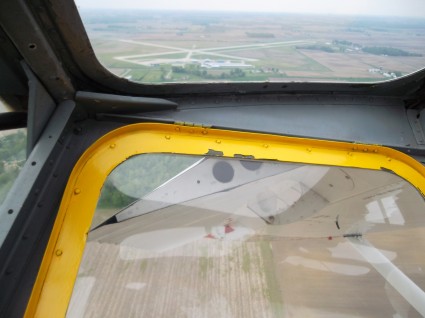 I love this shot - you can't have too many windows! Approach into OKK 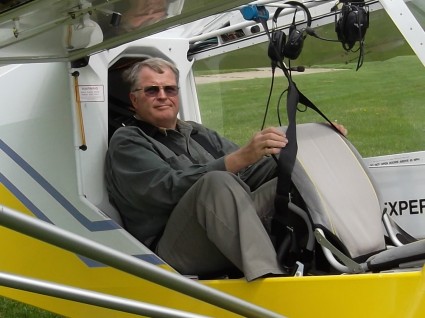 Here's my navigator, Boyd, who took on the task of holding the brakes at most of our stops while I ran in for the poker cards.

I should have held the brakes and had him pick out the cards, surely he would have picked a better hand than I did! 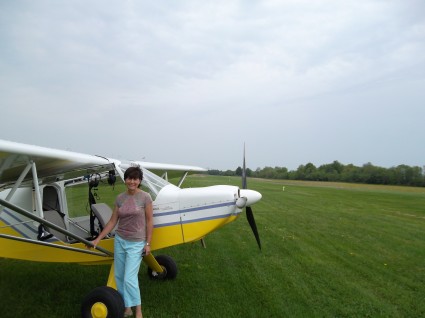 Of the three grass strips we hit today, this one at Glendale was the lushest, greenest, least soggy of them all. Just beautiful!