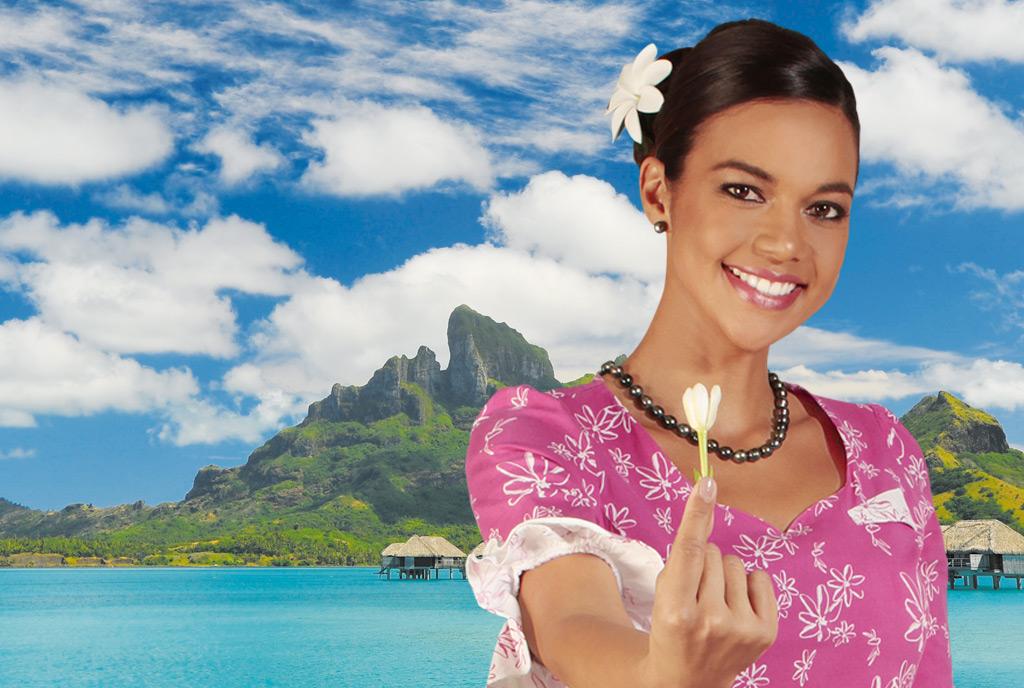 Today is my first day back from a 17-day, whirlwind trip to New Zealand and Tahiti. I had an unbelievably good time, got to fly a Tiger Moth and a Supercub and spent 41 hours aloft commercially in A340â€™s, 737â€™s, A320â€™s & an ERJ 145. OK, the part about flying 41 hours in coach class not-so-great but what are ya gonna do. In 9 flights, not one time did the captain come back and ask for my expertise!

Geographically, New Zealand is every pilotâ€™s dream but the truth is, itâ€™s a wonder New Zealanders fly at all. Hangars are pricey, fuel is almost 4 times what it is in the U.S. and user fees abound for take offs/landings, transiting controlled airspace, flying IFR & filing flight plans. On the positive side, they apparently only charge for the first take-off and last landing for those doing â€œcircuitsâ€ so not to discourage keeping current. Add to that the high cost of shipping aircraft parts from the U.S. & around the globe and the transit time and youâ€™ve got to give those Kiwis a hand. Those that part with so many NZ bucks really LOVE to fly! My north island friends Bill, Neroli & Olivia Henwood certainly do! 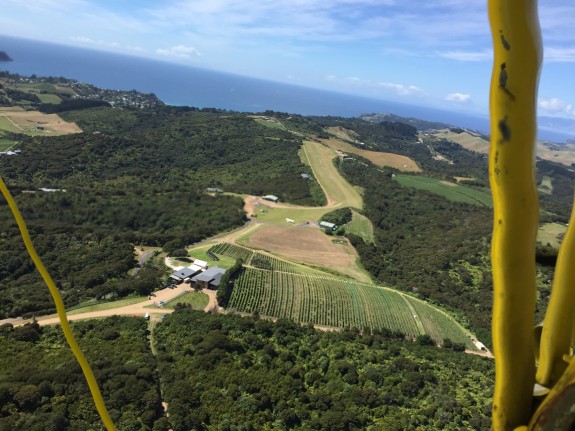 Flying stories were abundant everywhere we went, but one very sad story has hung on to me. It begins in Tahiti when AirTahitiNui changed our flight back to LAX just 36 hours before we were to depart from Papeete, Tahiti. This middle of the night, 2 hour delay assured we would not make our LAX noon connection or our ORD flight back to IND. Weâ€™re talking the basic, cheap, non-refundable tickets. With no cell phone service (Skype never occurred to me) I got on the hotel room phone to try to get an earlier flight – charges $1.00 per Â minute. I got the usual â€œPress 1 for â€¦.â€, â€œPress 3 for â€¦..â€, â€œHold for the next available service agentâ€, on and on. I kept thinking â€œif I only knew somebody at AirTahitiNui Iâ€™d call them for helpâ€. Â It took several calls, major arm twisting and saying NO repeatedly to the $1000 upcharge for a different flight, but I eventually got the job done. Thank heaven! 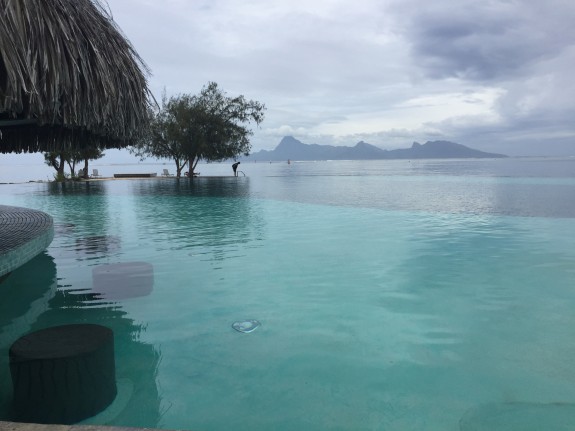 The view from our “free” Tahiti hotel. I found a true bargain on TravelZoo that gave us 3 free nights in Tahiti going to or from New Zealand. Awesome deal that did not disappoint.

Fast forward 8 hours and the Boydster and I are having dinner at a food truck down the street from our Tahiti hotel. Yes, food truck! They are all over the island, cheap, have really great food and quirky enough to make you feel like youâ€™re Anthony Bourdain. Perfect! 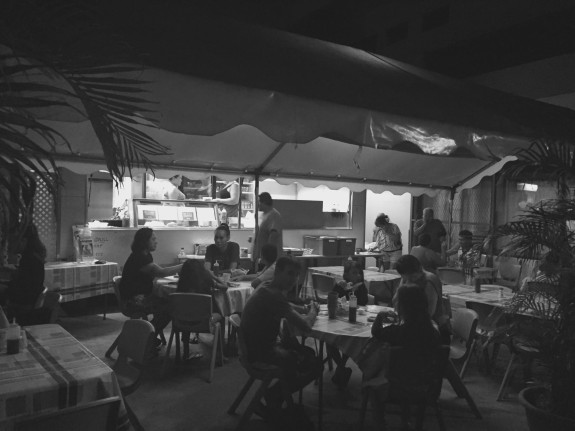 I should mention that this is a French-speaking island, everything is in French and Iâ€™m Google translating like crazy to try to figure out what the heck the little menu has to offer. Dang, no internet – no Google. Plan B is to turn around and see what my neighbors are eating. 🙂 Luckily the next-door-table-mates were very nice, spoke English and welcomed us with open arms. Before I knew it I was sampling their dinners, chatting like crazy and getting to know them. They were a couple with three daughters. The gentleman was someone who had always wanted to be a pilot and the wife, AirTahitiNuiâ€™s flight scheduler. OMG, the person who had rescheduled our flights (due to mandatory aircraft maintenance in Paris). Why didnâ€™t I know her 8 hours ago! 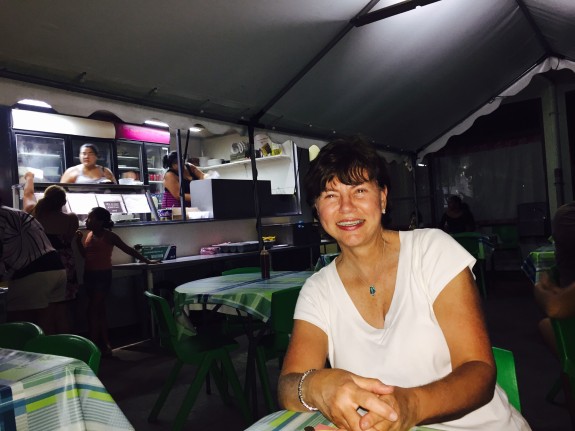 A happy me at the food truck!

But my story continues. The lovely lady and her children departed leaving the husband behind. The gentlemanâ€™s father had been a professor at NYU and he had attended NYU as well. His english was impeccable. He had moved back to Tahiti a number of years ago and seemed anxious to talk to two American pilots. He loved flying. He loved airplanes. His oldest child was a son whom he had transferred his flying interests to. The family had lived a number of years in Ecuador and the 25 year old son had learned to fly in a C172. With his motherâ€™s connection to AirTahitiNui and their expanding need for pilots, he had been told that if he had a mere 200 hours, they would continue his training and he would soon be flying the big iron for them. He was thrilled – the family was thrilled. 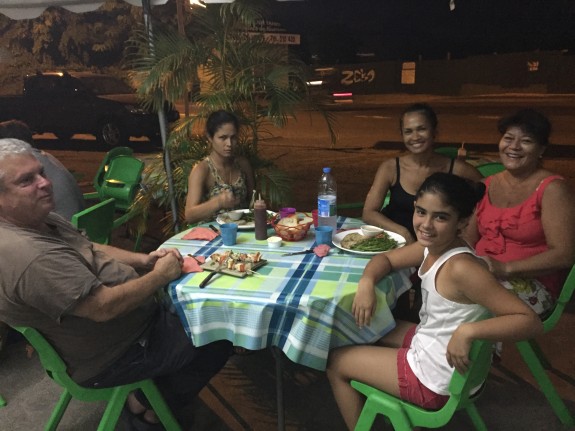 With 175 hours in his logbook he was on a mission to log just 25 more hours. The C172 was no longer available but a Piper Tomahawk was available and an instructor checked him out. Sadly, while doing touch & goes at a remote grass airstrip he stalled at 200â€™ on climb out. He lived 6 hours after the crash before he succumbed to his injuries. The father says there were no discrepancies with the aircraft and his son had been provided with a 15 hour check out in the aircraft. Official cause of accident: Undetermined. Could it have been density altitude? Maybe. 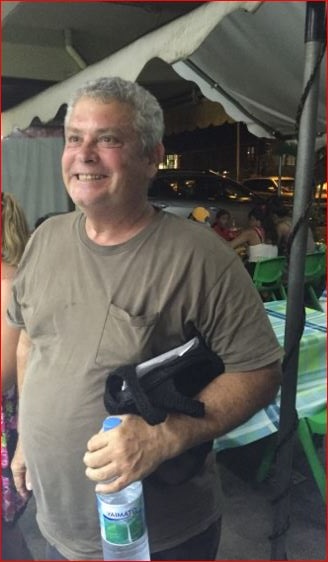 Life’s Contradictions: Dealing with the loss of an only son

The accident happened approx. 5 years ago and the father is struggling as his son would have turned 30 the day we spoke. He ponders the “what might beâ€ if the tragedy had not occurred. The pain that might be pride. It was an incredibly sad conversation led by a father who struggles with the loss of his son and questions what actually happened and why. Heâ€™s still trying to find answers and make sense of the unanswerable question – Why?