Flying with the Ohio Bush Pilots

Last week when Bill Tracy posted on Facebook, “This weekend looks good for supper at Butler Ohio. Anyone interested in flying in?” I had to give it some serious thought. After all, it’s 4 hours round trip in the S7 and even though I love to fly, I love it best when I’m not flying in a straight line! But the chance to fly to a beautiful grass strip in eastern Ohio and meet up with a bunch of the infamous 🙂 Ohio Bush Pilots turned out to be too good to pass up. 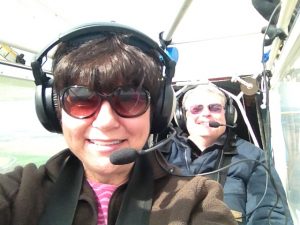 So, with the Boydster in tow, we headed east getting bumped up and down and looking for that sweet spot where the quartering headwind would be just a little less painful. That didn’t really work out but you can’t blame me for trying to shave a couple minutes off a flight. 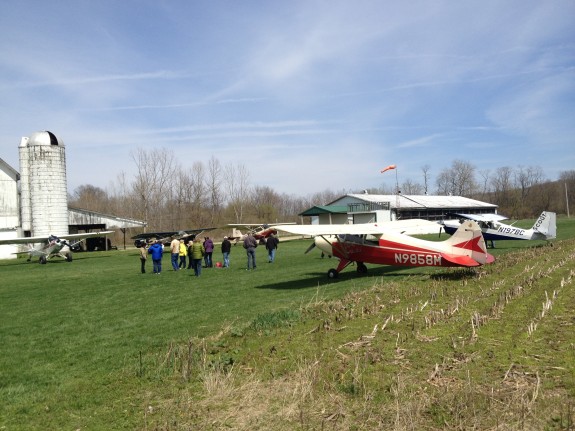 Turns out when you’re having a good time 2 hours can slip by pretty quickly. I lost track just how many beautiful older and newer taildraggers flew in to the 3000′ private grass strip in Ohio …. andÂ naryÂ a nose-dragger in the bunch. If you like Scouts, Carbon Cubs, Super Cubs, Piper Pacers, Piper J-5s and Rans S7sÂ you’d have been in the right place. 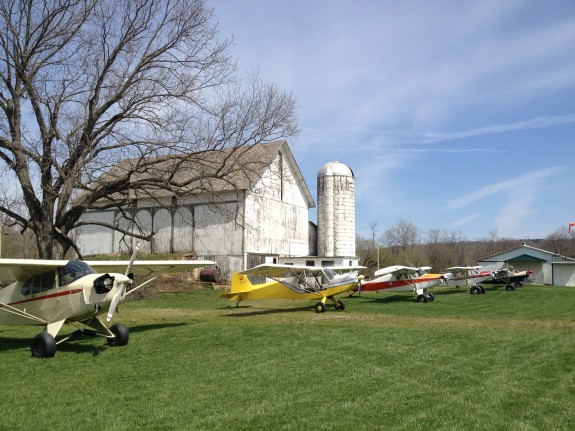 With 10+ airplanes flying in from distances of 25 miles to over 200 miles you’d think everybody would filter in a few at a time. Not so. We all seemed to converge on the tiny community called Butler in a few short minutes. That part was great and must have even surprised a few people on the ground because when we departed after lunch several families came out to see us off. 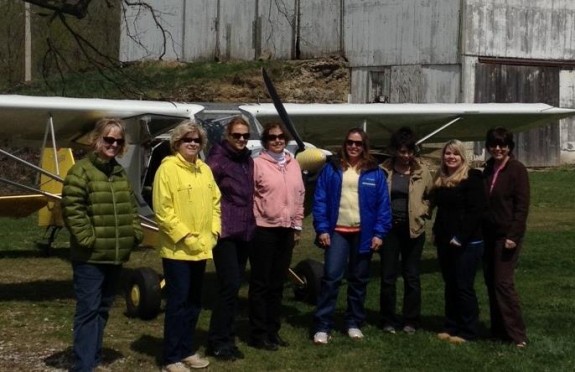 I picked the right day to fly with the Ohio Bush pilots because the girls came close to out numbering the guys for a change. Most of the ladies aren’t pilots but that’s OK – they were having a good time flying with their boyfriends & husbands, something we all know a lot of women won’t do. AND, one lady taildragger pilot who did attend was Jamie Swihart who flew helicopters until recently and now owns a beautiful Piper Pacer with her husband. 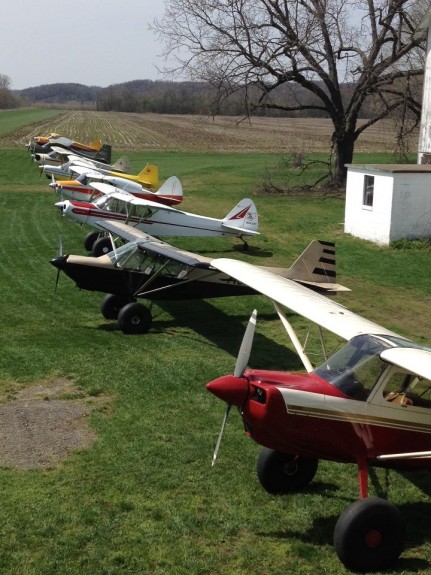 There’s a bicycle trail that runs right by the airport which makes it a quick, scenic and easy walk in town. 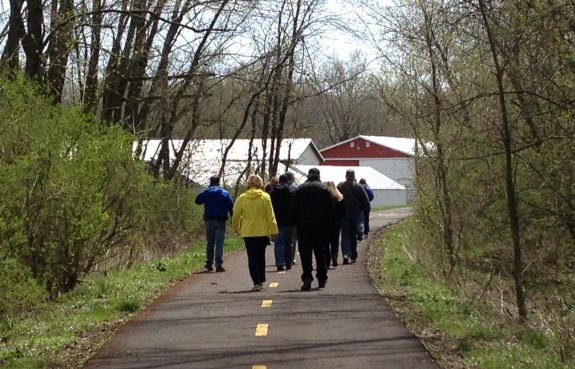 The really wonderful part of the walk is the remarkable glimpse you get of this tiny town. 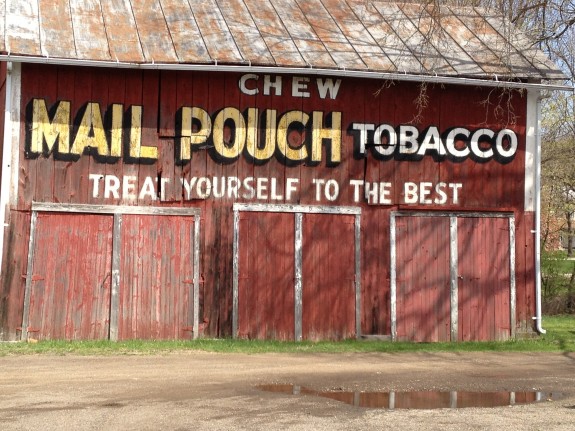 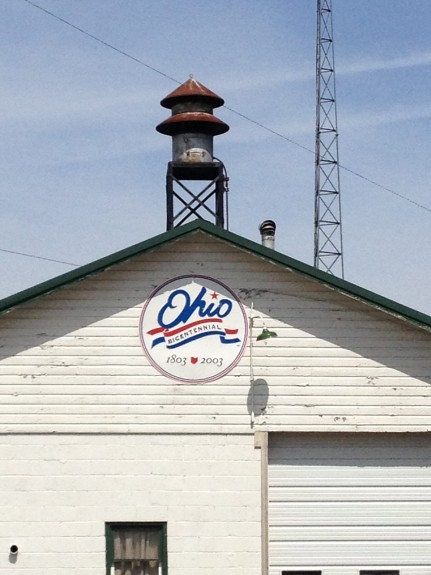 Wish I’d had a little more time to explore but the great old barn wood and foundations kept me interested both directions. 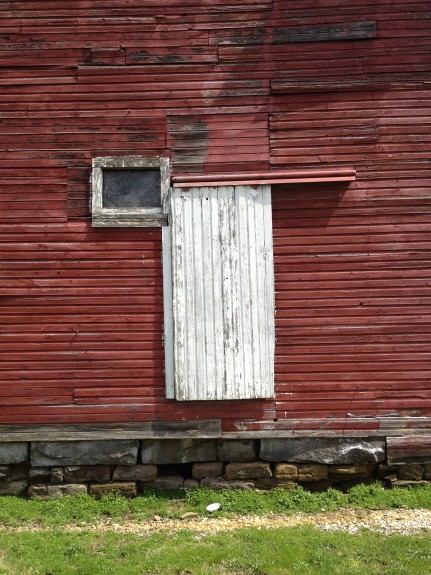 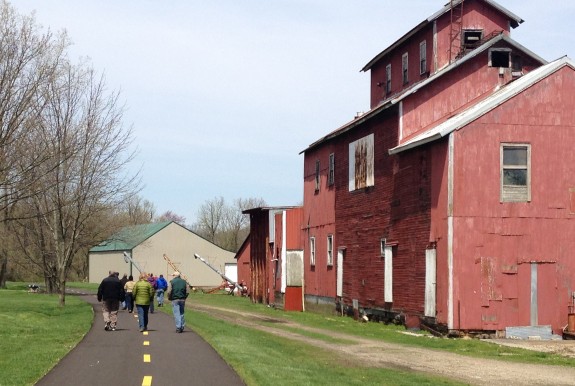 After departing I did a little flying with the Tracy’s checking out the rolling hills of eastern Ohio. 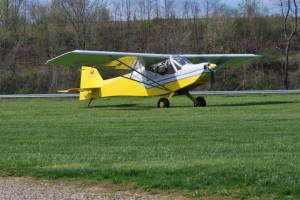 And it just wouldn’t have been right to fly that close to John Graham’s strip and not stop by and check it out. It’s a beautiful airport that anybody would be envious to own. I will say that people with their own strips have always been a mystery to me; so much work, so much money, how do they find the time to fly? I still don’t have the answer to that but I do know that not many people fly more than John does, Whatever the answer is, he knows it. 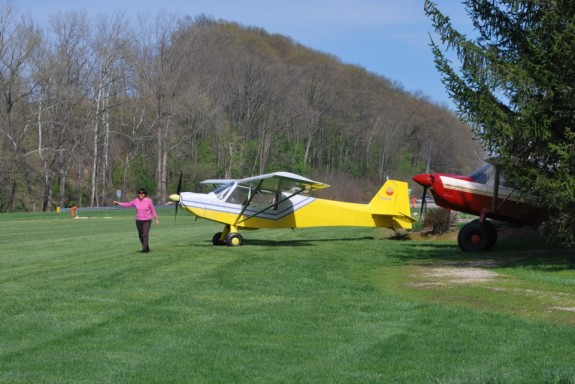 There were many highlights to this great day, but one of my favorites was coming back to the airport and finding this tshirt on the front seat of my S7. I had to laugh! It must be official – surely this meant I’m an official Ohio Bush pilot now?! Wouldn’t you guess? I ran Bill Tracy down – I ran John Graham down fishing for an answer. “Am I really an Ohio Bush pilot?” “Isn’t there some kind of induction ceremony?” Isn’t there some formal affair that everybody’s coming to so I can accept?” 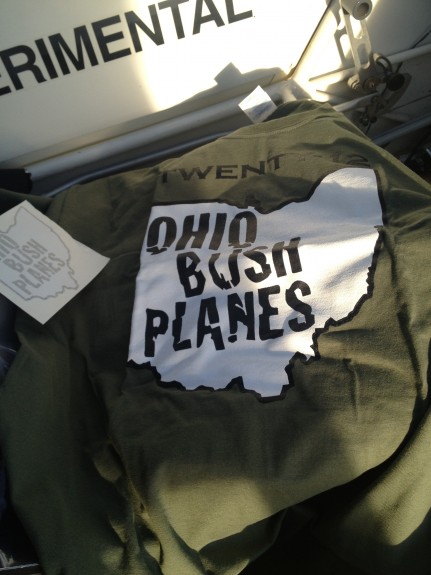 And that answer I’m still waiting on.