Fog & Thunderstorms be damned, I made it to OSH!! 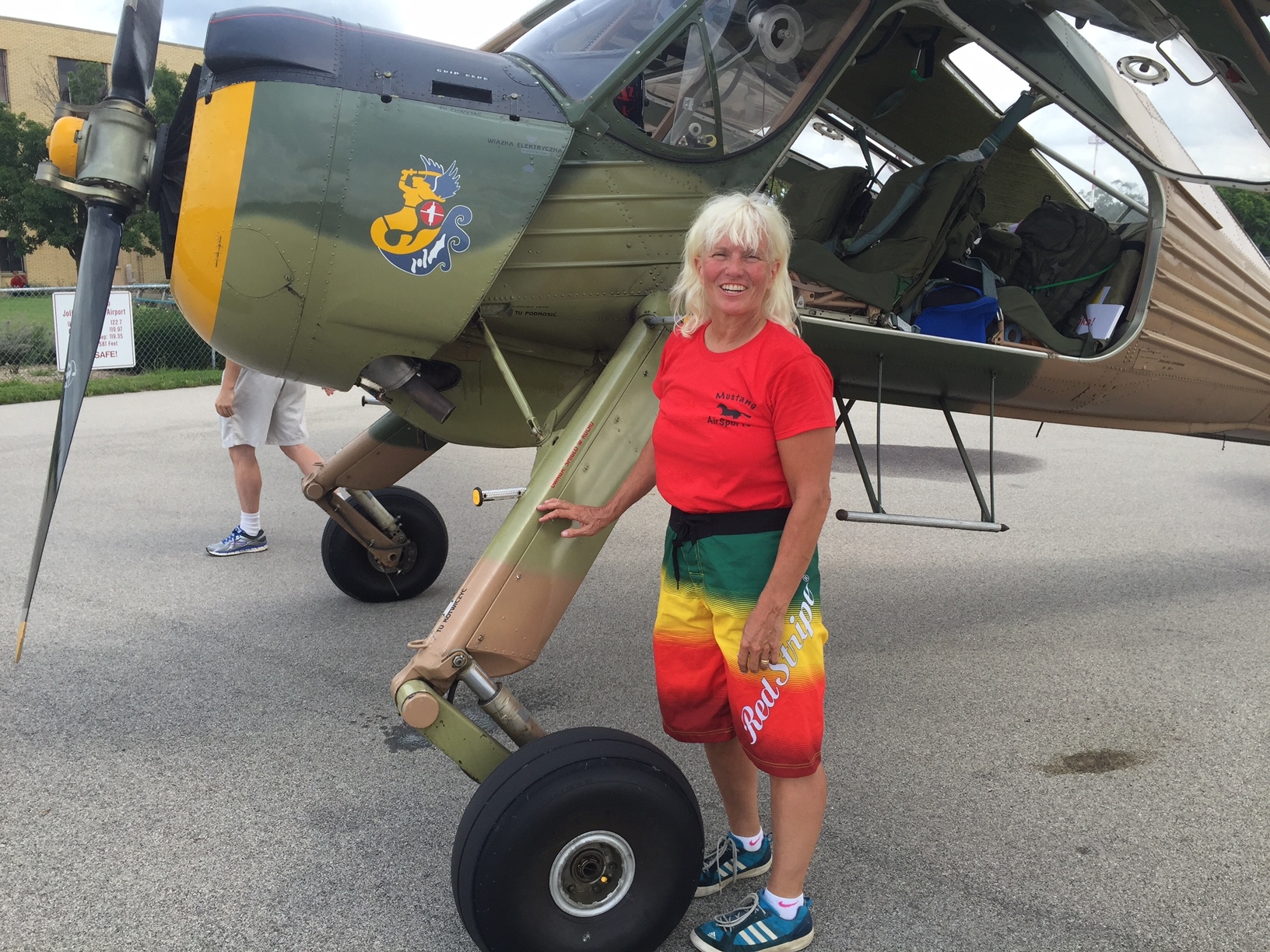 It’s Saturday in Oshkosh, Wisconsin, two days before the big dance begins, and I’m here – early! You know I wouldn’t miss AirVenture for the world but I usually don’t arrive on Saturday, two days ahead of time. 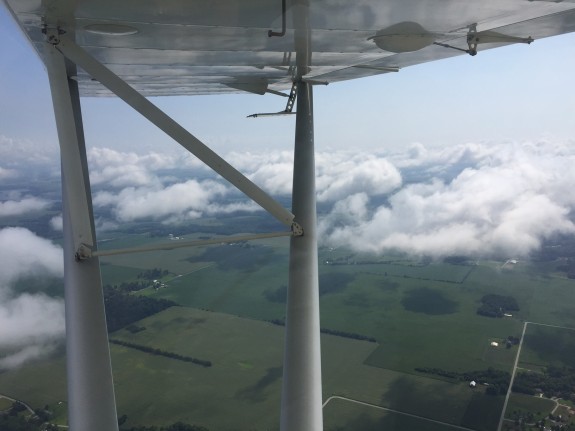 I delayed an early departure because fog was everywhere, and fog and I don’t mix well! For the most part, it cleared by 10 a.m. and I was having a great time zipping along shortly after. Initially I thought I’d stay below the clouds but that eventually became a problem so I climbed on top of the scattered layer at a mere 2700′.

Truth is, I’ve been watching the weather for the last few days trying to pick the perfect day to fly here. No point in coming too early – but heaven forbid don’t be late and miss out on anything! Well let me tell you, don’t torture yourself checking the wx like I did. It’s pointless to weather watch for days on end because it never, ever, ever turns out to be reality. The only reality you can count on is right now, and you should take that with a grain of salt too. 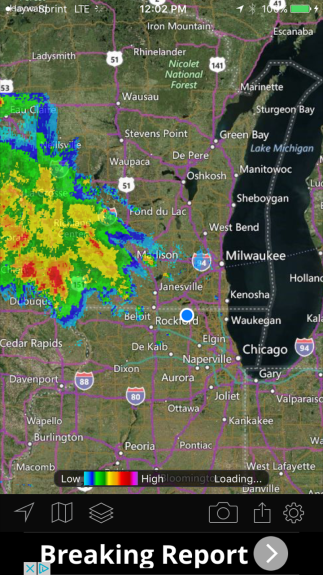 This was my reality today. Weather lurking to the west and heading for OSH.

See my blue dot? That’s me flying along pretty as you please, solo to OSH without a bump in the sky. Smooth! I snapped this shot shortly after I departed, KJOT, Joliette, Indiana, making my way around the Class B Chicago airspace. Yikes! How fast is that mess moving? Is my Rans gonna get me there fast enough to avoid it?

Yes it did, cause I’ve spent one awesome afternoon and evening in Oshkosh already!

So back at my Joliette, IN fuel stop, I was absolutely THRILLED to see two Wilgas on the ramp when I arrived. Wilga – The one taildragger I’ve been aching to see up close and personal. This was a gift from God! Here they were on the ramp when I taxied up. And low and behold, one was flown by a woman! It just gets better and better! She and her buddy were firing up but I managed to chat a few minutes with them before they departed. So cool. More to come on the Wilga! 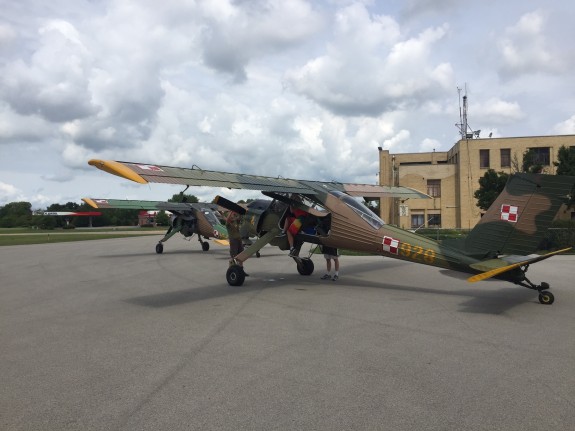 I must have been 15 minutes behind departing for OSH but it was so cool seeing them off my right wingtip as I hit RIPON. They got in right behind me. They were coming from the east and I’m guessing they took the scenic route up the Lake Michigan/Wisconsin shoreline, slowing them down a little. The Polish Wilga translates to “Thrush” in English and cruises at 93 mph which isn’t gonna set any speed records for sure. I’ve read some stories but hope to get the full story and maybe a ride while I’m here. 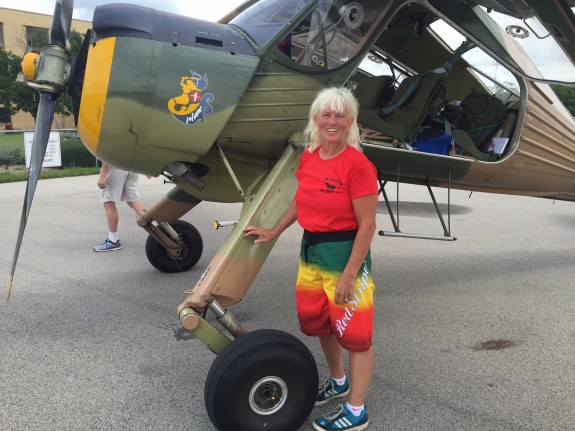 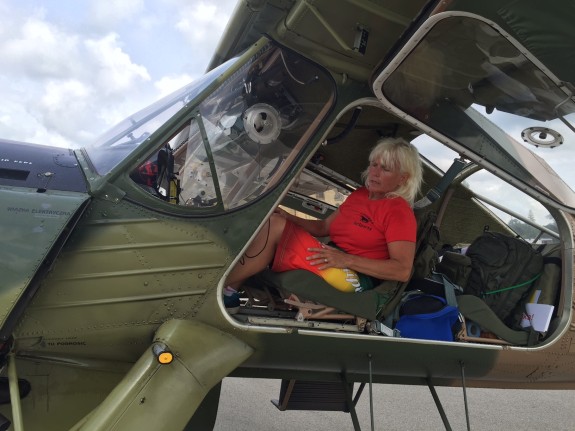 Just my luck, I’d arrive at OSH just as the many Bonanzas to OSH would arrive. It slowed things down for a while and plugged things up for other incoming traffic but we got through it. Only one go around necessary for me! 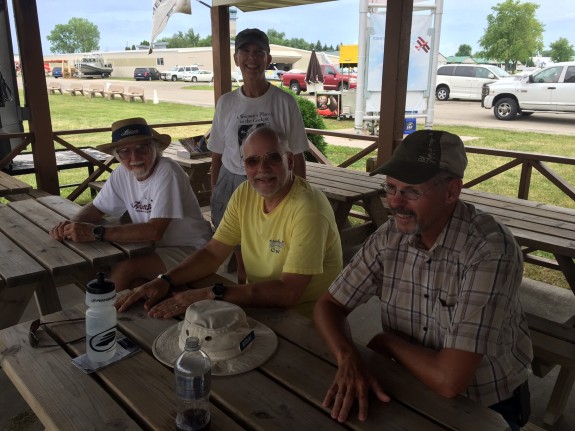 Anne Wright was right there shortly after my arrival and helped me get my bird tied down. Then friends started appearing – the best part! 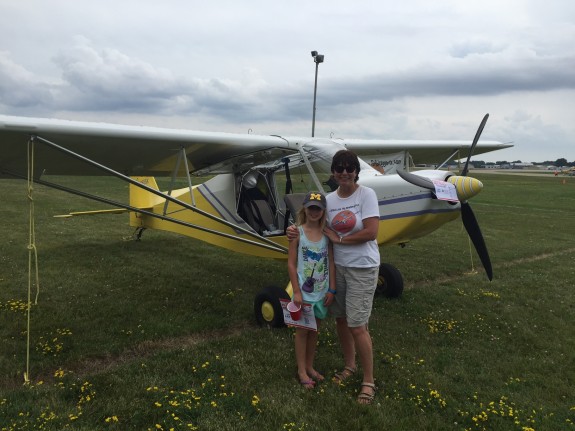 I met the cutest little lady and her dad parked right next to me in the Rans Homebuilt parking today. Future LadiesLoveTaildraggers member for sure! 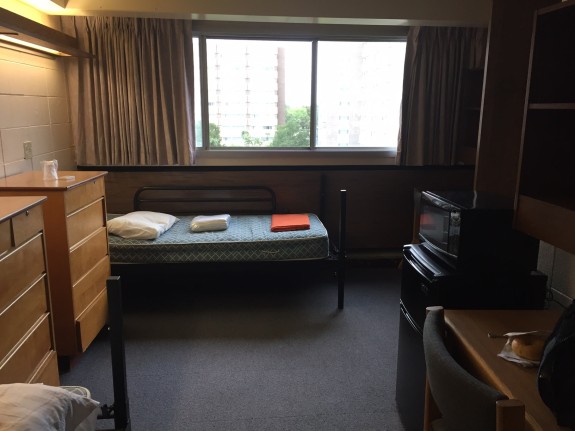 And for anyone coming to OSH, be advised it’s hot as heck up here. Most dorms are not air conditioned, surely not mine, and haven’t changed much in the last 30 years. Come on but only if you bring a fan! My bed is at least not plastic like last year (crunch crunch crunch) and I brought my oh-so-soft pillow from home. I’m good!