We had an unbelievably beautiful, blue sky day to fly at the E TN Super Club Flyin on Friday. Â I don’t know what the official airplane count finally turned out to be but I heard the number “65” thrown about a couple of times. It was mostly Super Cubs and Super CubÂ derivatives (Cubcrafters, Legend, Dakota….), plenty of the granddaddy of all Cubs, the J3s, and then the Cub wannabes, Maules, Citabrias, Scouts, & Rans. And if that doesn’t do it for you, we had a Zenith 701, a Murphy Rebel, a Pitts, a 65 hp Taylorcraft with bush tires & seems like maybe even a rouge RV or two. 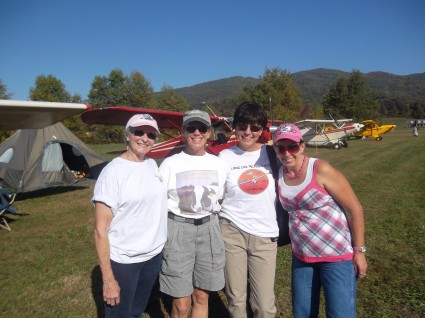 Of course, you know this event was all about the boys and their toys but there were enough of us gals around to have more than our share of fun too. 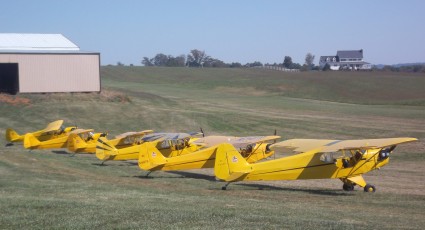 The Yellow Line up

The Friday lunch flyout turned out to be at a beautiful strip owned by Sam Kite and he had plenty of rolling hills for all the taildraggers to taxi, park and play around on. I never did hear if this was prearranged or just happenstance but everybody started lining up by color. 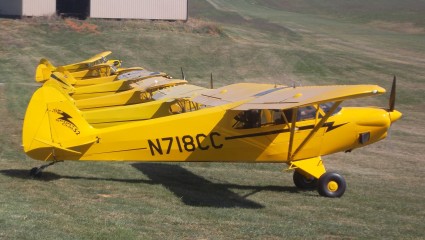 It was great for me because it makes for beautiful pictures.

Not to be outdone, the red & whites got in the act. 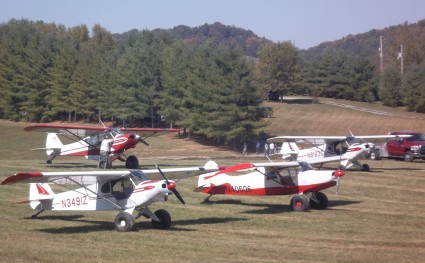 The red & white line up

Many of us were still hanging around Kite Field when a group led by Diana Votaw taxied out and flew off to do their own thing. Â A couple hours later I was out flying my Rans in the area when I heard them on 123.0 returning to Elizabethton “flight of 8 downwind for 24”. OMG, cracked me up – a gaggle of 8 coming in!! I heard one guy transmit “this is the longest downwind I’ve ever made in my life!”. I decided to give them plenty of time before I headed back! 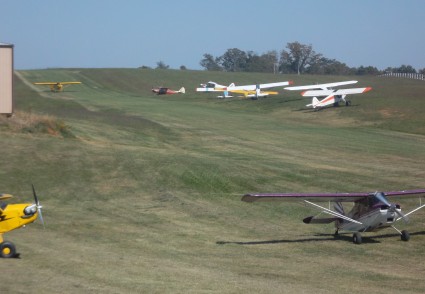 If you’re wondering how the whole “fly-out” thing for a group of 65 +/- planes comes together I can tell you this. Friday and Saturday morning there was a pilot’s briefing where the flyouts for the day were announced and GPS identifier and coordinates were passed out. Steve Lewis, who was hosting the fly-in, announced the slower planes would launch first and the faster would wait 30 minutes and follow. It would be single file, keep adequate spacing, pass on the right if you must, and if you’re too fast, turn out and get behind. 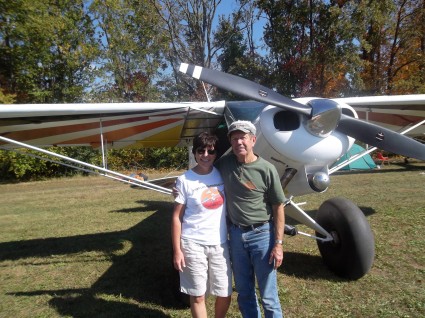 After the Friday pilot’s briefing I bumped into Ed Doyle who invited me to ride along with him on the day’s flyout. Now mind you, I’ve already done the briefing and was nearly ready to hop in the Rans so I told him “No, I’m good, I’ve got a ride”. Â I don’t think it was a full 60 seconds later that I was kicking myself for missing the chance to fly with the famous Ed Doyle, winner of the 2011 Valdez, Alaska STOL contest in the wide-open alternate bush plane category.Â His total Â takeoffÂ andÂ landing distance when he won was 78 feet; 43 feet for the takeoff and 35 feet for the landing. Incredible. Soooo, I went running back to Ed saying something like, “Please let me go! What was I thinking? Of course I want to ride along with you!!” Lucky for me he let me go. 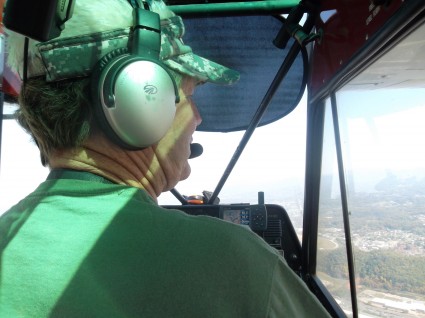 Ed giving me the low-down while we're flying the line to lunch! 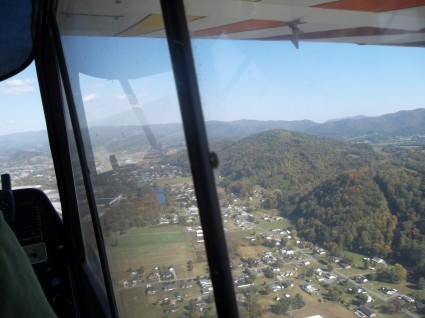 Somehow I managed to get not one, but two, great rides in on Friday. Larry, who has a strip just next to Sam Kite’s, is a Rans S7s owner, heard I had one too and offered me a ride around the area in his. 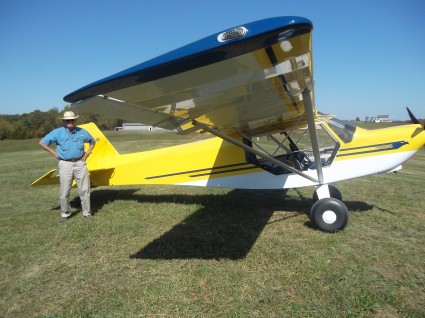 Larry's was a beauty

How lucky can a person get in one day? I flew his from the back a little and thought the controls were pretty close to what I’m used to. I got a few flying tips, saw some local strips and we even tried to land at Larry’s short grass strip till we broke off when a 4 wheeler zipped across it. No problem, we’re flexible and we had to get back to Kite Field anyway. 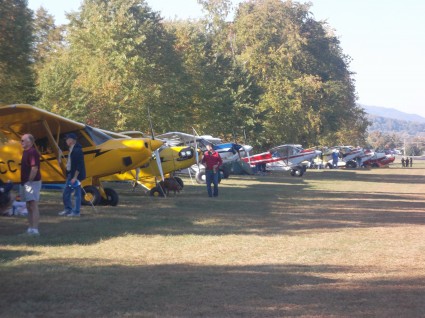