Gail Schipper flies a Bucker Jungmann and is based at Longmont, Colorado (KLMO). Â She writes,Â “There seems to be a terrible gap in your pilot map. WHAT! Not one in Colorado? I’m here to help you with that deficit.” 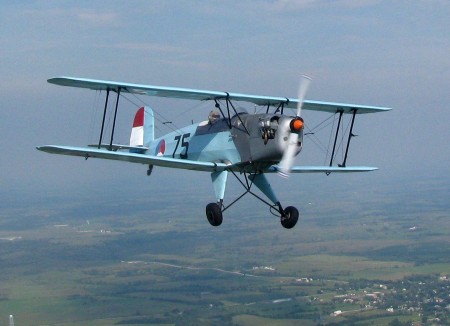 I wanted to fly since I was a kid and my uncle took my dad flying–my sister and I got to tag along in the back seat of the C182. It was the 1970s and everything was about space flight. My uncle flew some parabolas so we could experience zero gs. It was fabulous. I tried to get my license in high school but became convinced that I both couldn’t afford it and that I wasn’t gifted enough to figure out how toÂ control an airplane. I had no female pilot role models and just couldn’t see that there was a place for me in that world. 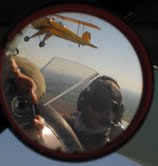 After graduate school I met a woman who was just about to get her license and thought I should give it another try. At the party givenÂ for her completion ofÂ her private license I met a glider instructor, who later became my husband. I got my power license the day before our wedding, a wedding conducted in two Mooneys flying formation over NYC. 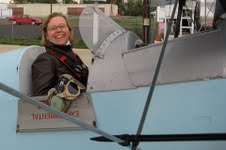 We have owned a 7AC Champ, two C170s and are now proud owners of a BÃ¼cker Jungmann. I fly some basicÂ aerobatics and have competed in two local competitions–one of which I somehow won in the Primary category. The next goals are toÂ continue working on Sportsmann-level aerobaticÂ figures andÂ begin to learn to doÂ some sky-writing–just for fun. Smoke on! 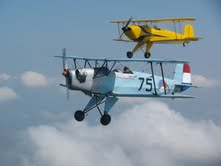 Gail also sent us a few of her videos!

Here’s a link to my latest video. My husband and I do lots of videos for fun. This one is from last weekend’s flights in honor of the 100th anniversary of women pilots:

Here’s a quick cutie taking my friend Natalie around the patch to “Where are the simple joys of maidenhood” from Camelot:

The summer I first learned to fly upside down was highly documented by my long-suffering husband.Â Â This one is rather long but if you hang in until the end you get to hear me swear: