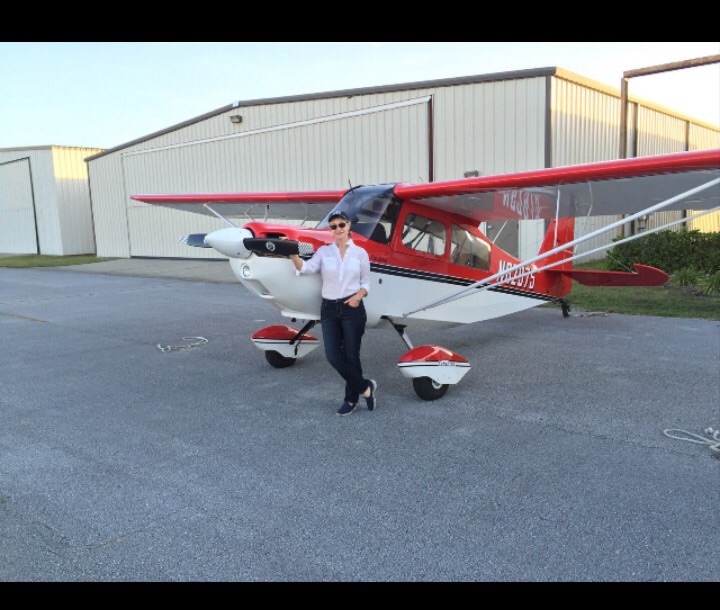 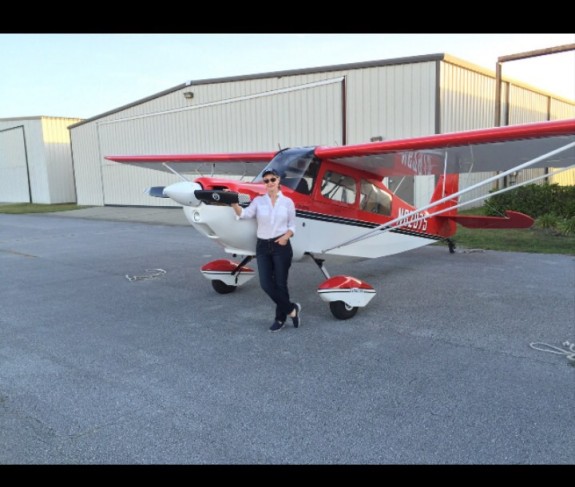 Little Rojita by her hangar, the Citabria owned by friend and owner of Ormond Aircraft……my latest endeavor….a tail wheel endorsement!

Hi there, I am a private pilot that trained in Honolulu, Hawaii in 1982 (while pregnant with my now pilot son). My late husband Clayton Stillings was a Marine Corps F-4 pilot, an airline pilot and a CFI. He was my inspiration in learning to fly. When he became ill and passed away I packed my pilots license and aviation gear away, that was in 1992. 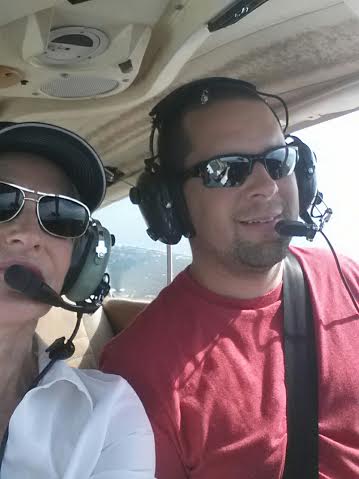 First ride with my son after getting his pilot license

Well, 23 years later our son inspired me to get back in the pilots seat, as he was studying for his license and enjoying general aviation so much that he talked of nothing else. With his support and the support of several folks at my home airport (Ormond Aircraft Brokers) I found a great instructor who helped me get current.Â I think I have the three point landings down, now on to the wheel and crosswind skills. Keep you posted, and special thanks to my son, Chad Stillings and my flying friend Roscoe aka Steve Searle. 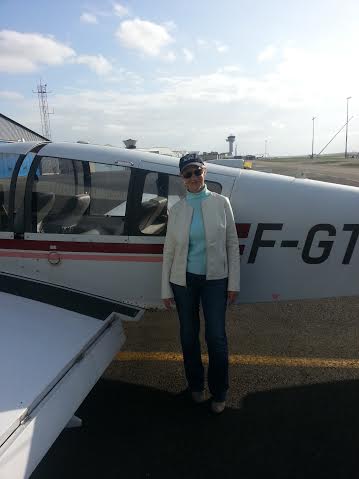 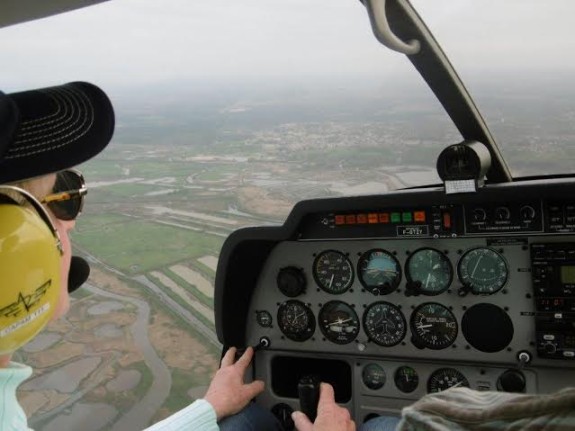 In the Robin approaching the Arachon Basin in France. What a spirited little plane

If that was not enough challenge, my son and his wife and I bought a 1946 Luscombe, currently being restored by the great crew at Ormond Aircraft and due to finish this fall. Pictures soon to follow of our Luscombe (519SB) in honor of the late Clay Stillings (his date of birth) and SB for our last names (or Sassy Brat) as she has been nicknamed, and wearing the colors silver and blue in honor of my daughter-in-law’s late father Al.