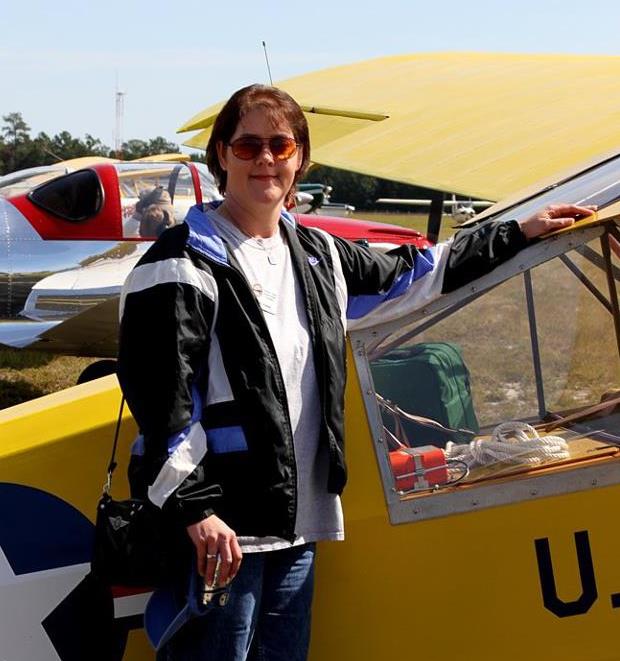 I am in awe of your passion and determination to learn to fly IN A TAILDRAGGER…. nothing else, no way, no how…. only a TAILDRAGGER would do! You have my ultimate respect for turning your dream into a reality. Congratulations on your 1st solo and all my best to you as you build hours and get that long awaited PPL. Â Judy 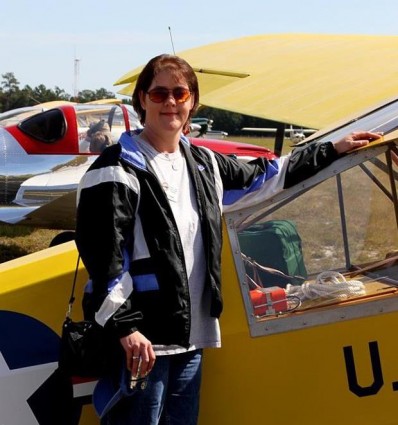 I live in Madison, NC and my home airport is Shiloh (KSIF) RockinghamÂ County Airport. In October 2010 I met a 1941 Taylorcraft taildraggerÂ and went on my first General Aviation airplane ride. I was instantlyÂ and irrevocably in love! My lifelong endearment with airplanes and myÂ fascination with history and antiques immediately overlapped when IÂ met that Taylorcraft. I never knew â€œregular peopleâ€ could own and flyÂ an airplane. What an awakening! I knew I had to fly….and I knew IÂ had to learn in a taildragger. Nothing else would suit me. Thus beganÂ my aviation journey. 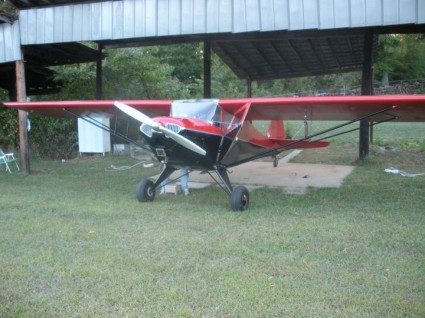 I wanted to make sure I could pass the FAA written exam before I spentÂ money on flying lessons. I started by taking online courses offeredÂ free through AOPA, then attended a 2-day ground school class. Two daysÂ later, I passed the written on the first try with a score of 93. I wasÂ ecstatic…passing that exam meant it was time to learn the â€œfunÂ stuffâ€. 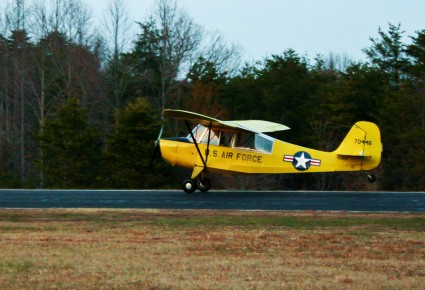 First solo takeoff.Â NeverÂ felt so great in my life as when my wheels lifted off the runway and IÂ knew it was all up to me!

Months went by as I searched in vain for a CFI who could take me startÂ to finish in a tailwheel aircraft. I joined LadiesLoveTaildraggers.comÂ (LLT) and met some wonderful people, who introduced me to more people,Â all of whom began scouring the state and, indeed, the entire EastÂ Coast, trying to find that elusive Certified Flight Instructor (CFI).Â We had no luck at all. Â Because of people I met through LLT, I joinedÂ the Vintage Aircraft Association (VAA) Â and the Experimental AircraftÂ Association (EAA). I went to the VAA Chapter 3 Spring Fly-In and wasÂ introduced to a fellow who owned a 1947 Aeronca L-16A. We were eachÂ planning to attend an airplane poker run a couple of weeks later. HeÂ was going to be there giving short flight lessons and said he’d takeÂ me up and let me “have at it.” He was true to his word, and it wasÂ wonderful! I loved that L-16A and I wanted to learn to fly in it soÂ much I could hardly stand it. And his plane happened to be hangared atÂ the airport right by my house. It couldn’t have been more perfect… 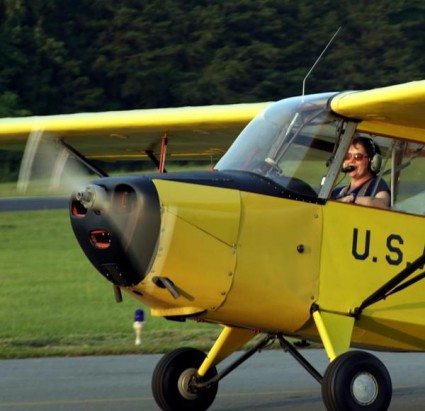 I waited, waited, finally got my first logbook hour after flying aÂ shiny new Liberty XL-2 and felt like a traitor to my own cause. I
decided not to give up on getting my tailwheel flight instructor.Â There were insurance issues to work out regarding a student pilot
flying a tailwheel aircraft at the point of solo. So, I continued toÂ wait and wish and hope, and my frustration level was off the chart.
Then…I received an email from the L-16A CFI saying he had it allÂ worked out and I could fly his plane from start of training to finish.
That was a wonderful day! I was, at last, on my way to learning to flyÂ â€œthe old way.â€ Â That email was better than any gift I have ever
received. 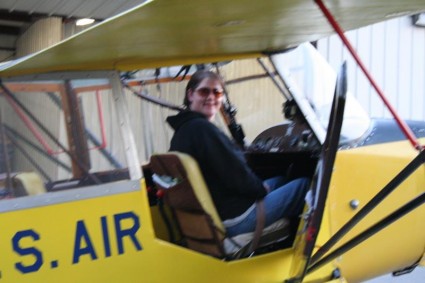 And thus my long, aimless journey finally had a destination. FlyingÂ lessons commenced and I was forever changed. My CFI is just awesomeÂ and has more patience than I knew a person could possess. We’ve had toÂ battle bad weather, conflicting schedules, annual inspections, etc.Â and just fly when we have the opportunity. I am on top of the worldÂ now…..on December 14, 2011, I did my first solo flight, 3 takeoffsÂ and 3 landings to a full stop in the L-16A taildragger, a dream comeÂ true. Â It was a real boost to my confidence and I can’t wait to climbÂ back into that lovely yellow plane next week and continue on thisÂ amazing journey.