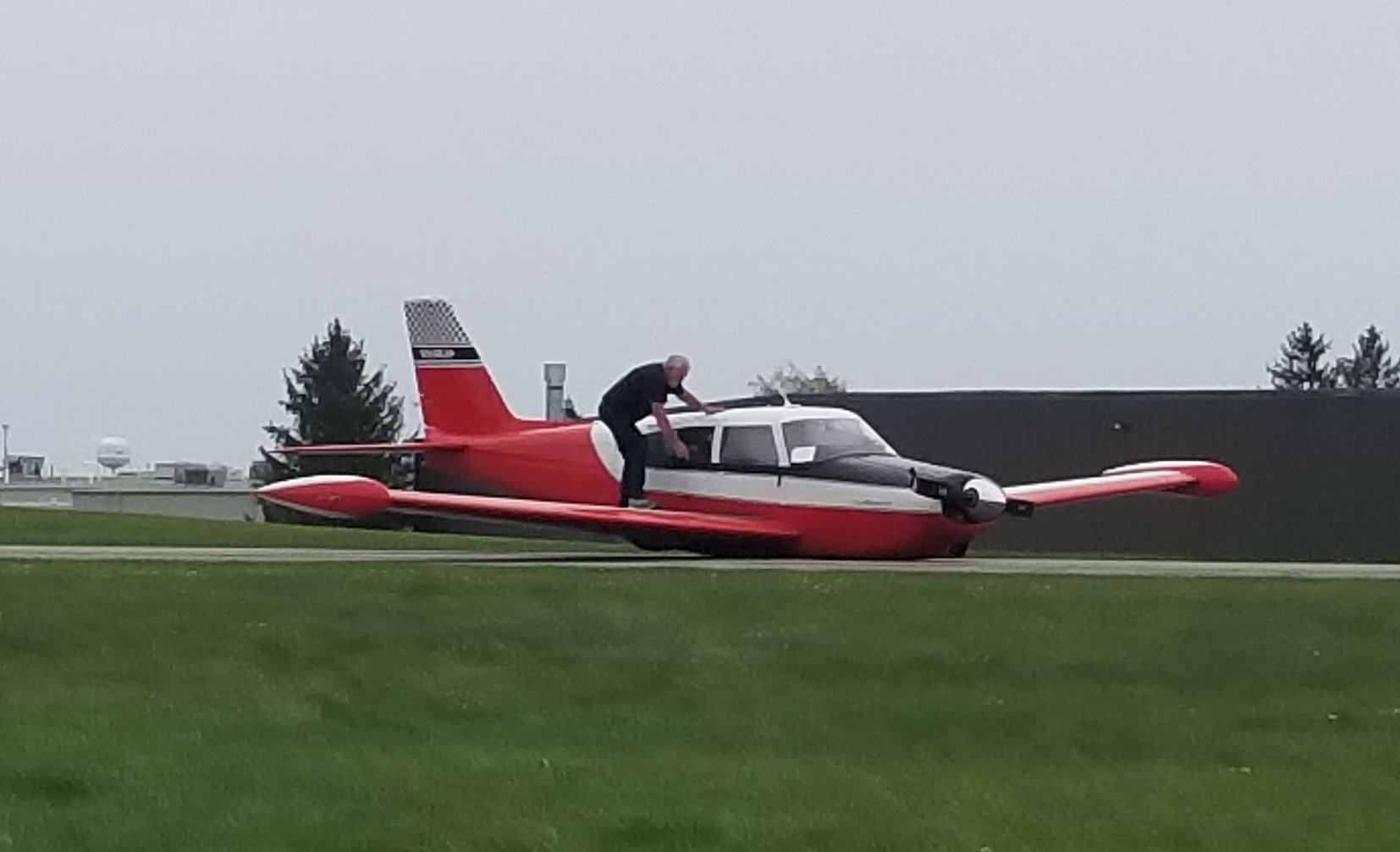 Taildragger retractables: Globe Swift, T6, P51 Mustang, Corsair, Bellanca Cruisair and more. It wasn’t a taildragger but itÂ may be the wildest thing I’ve witnessed while taxiing an airplane – someone making an accidental gear up landing on the runway right beside me. I’d just landed my Decathlon at Portland Municipal Airport 55 n.e. of my home base after transmitting my positions on Unicom. There was a Comanche 250 communicating on a 4 mile final for 27 when I turned base and transmitted I’d be down and off the runway long before he got there. I was. After rolling out, I took time to stop on the exit taxiway to avoid the down-wash from a helicopter landing on a trailer on the apron across the way. Moments later, after turning onto the parallel taxiway, I caught sight of the Comanche flaring on the runway next to me – gearless. Oh no! I had a moment of confusion, questioning if I was seeing what I thought I was seeing…. then flames as the bottom of the Comanche and prop contacted the ground. It all happened in an instant, flames flying as the aircraft skidded, slowed and came to a stop on the runway. Happily, the pilot was the only one onboard and, although completely surprised and probably embarrassed, he was not injured. 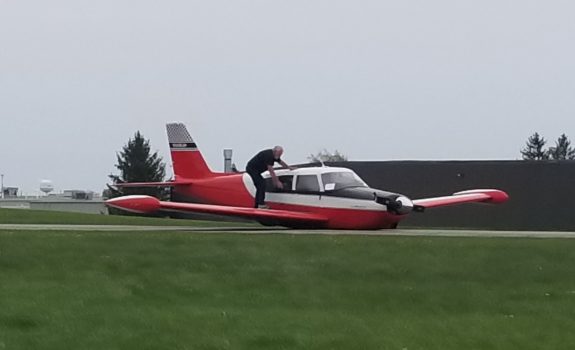 So the questions is, what happened to GEAR BOOST MIXTURE PROP?! Or GUMP, (Gas, Undercarriage, Mixture, Prop)?! Boyd and I have owned 4 different Mooney’s (retractables) and although back then my Type 1 diabetes didn’t allow me to fly, those loudly spoken words still echo in my mind before EVERY landing I make; GEAR-BOOST-MIXTURE-PROP. Granted, my Decathlon’s sure not a retractable, but the point is, you do it and say it long enough and it stays with you forever. For anyone flying a retractable aircraft, I guarantee you, if you say it out loud, with purpose, before every single landing, it makes it impossible to land gear up. It doesn’t matter if you’re making a non-standard, straight-in approach (the most likely approach to land gear-up), saying those magic words again on short final will assure your brain connects. You’ll push the gear switch to the down position and look for green, flip the boost pump, push the mixture full rich, and push the prop full in. It’s a habit that will never lead you astray and may save your butt some day.

And don’t forget to flair!

Here are 4 entertaining videos to reinforce why you really want to remember the words GEAR BOOST MIXTURE PROP.