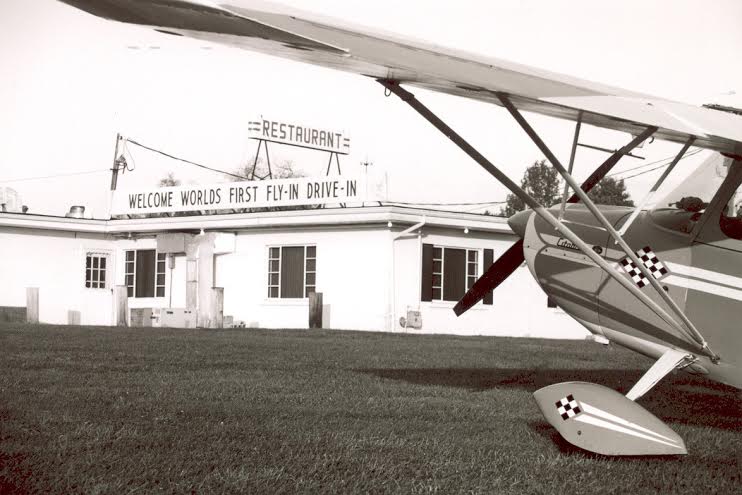 It was a cold December day when I found myself alone for the first time in my own airplane. The insurance requirements for dual in type had finally been met and I was set free. That could only mean one thing; me and The Grasshopper, a lime green 1974 Citabria, were going on an adventure.

Like everyone else, I had read the stories about barnstormers who flew into farm fields to hop rides. They flew all day and at night slept under the wing of their plane. It seemed so magical I couldnâ€™t wait for the experience and thatâ€™s what I set out to do. 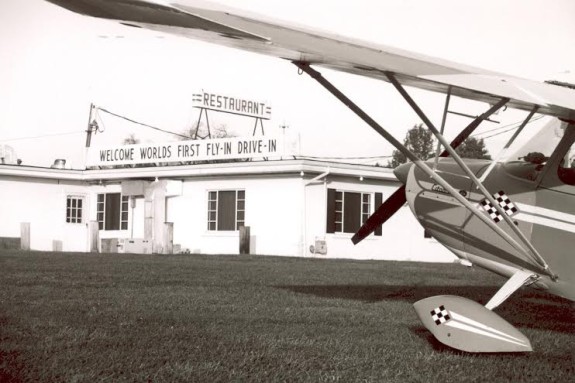 â€œWait a minute, itâ€™s going to be 20 degreesâ€ I said to myself as I flew north.Â  â€œWhy are you heading North instead of South?â€Â  I still have no idea why Frankenmuth, Michigan was circled on my sectional but it was so off into the wild blue yonder I charged. My tent, sleeping bag, small backpacking stove, some coffee, a couple red bulls, extra clothes, and a few granola bars were packed into the baggage compartment.Â  I was leaving behind a world of aircraft rentals, scheduling flights days in advance, flight instructors in tow, and nose wheel aircraft. It was finally time to experience the joys of aircraft ownership. I would have to fuel my own plane, change the oil, wash the windshield, and become one with it.

We were quite a duo, the bright green airplane and I.Â  Every nut and bolt worked its way into my head as our mutual comfort level developed.Â  Together we even passed the maneuver portion of the commercial single engine pilot certificate in a 30mph direct crosswind. Sadly though, she was sold later that evening. On the day of this story though, it was time for a new beginning. We were starting our relationship and a new chapter of friendships was heading our way.

The 115 horsepower Lycoming engine roared to life on that cool December morning and took us away from the asphalt. We were destined to find some soft, forgiving grass for the steel spring gear and to live out a dream only two hours away but years in the making. The flight is a blur but what remains engrained in my memory is the coldness. Pitching my 3 season Mountain Hardware tent under the right wing was an easy task as I had done it many times before during my recent 3 month backpacking trip.

As the winter sun set deeper into the western skyline, the temperature dropped as if it were racing the sun for the title of lowest. Across the way, a little airport building stood only a few hundred feet from my plane. I couldnâ€™t help but look around. Thatâ€™s where I ran into some locals who helped me arrange a ride into town for food. They also insisted I look into getting a room for the night. I think one even made a call to see if rooms were available in case I changed my mind. I didnâ€™t, but I did take them up on the food.

When youâ€™ve been flying and youâ€™re planning to camp out in the cold, a place like the famous Bavarian Inn is very inviting. The big warm plate full of golden fried chicken teamed with other German delicacies like grandma used to make made me feel right at home.Â  Ahhhh, comfort food.

Afterward, since I was in the spirit, I had to take a trip through Bronnerâ€™s Christmas Wonderland. I donâ€™t remember buying anything but I do remember the shuttle driver doing his best to tell me how cold it was going to get and that I should stay at one of the local accommodations.Â  But as always, my answer was â€œno thanksâ€. I needed to sleep in my tent under the wing of my plane. The books about barnstormers never had them staying in comfy accommodations at lodges or inns and all the effort to get to this point would be mute if I succumbed to the warmth of a heated room, cozy bed, and other amenities.

The next morning as I crawled from the confines of my down sleeping bag and made the very brisk walk across the frozen, crunchy blades of grass to the little airport building. Like a cat in a window, I did my best to absorb all its warmth while sipping on the daysâ€™ first cup of coffee.Â Â  There, with a warm mug in hand, I looked out across the field. Sitting alone in the grass was a frost covered Citabria with a tent under the wing and a lone set of footsteps leading in my direction. I might have been born in the wrong era but I was doing my best to live the right one and quietly I felt rather proud.

As the sun rose higher into the morning sky, followed slowly by the warmth that had chased it all night long, I quickly packed my belongings.Â  Next I turned the wings into the sun to help melt the frost and retreated once again to the building for more warm coffee.Â  Thatâ€™s when it occurred to me I had never started this plane in such cool temperatures. Would it start?Â  My mind wandered back to the stories of barnstormers and bush pilots. Often they would drain the oil at night and slept with it to keep it warm.Â  But I hadnâ€™t done that. What would I do if it wouldnâ€™t start?Â  And should I even try to start it without preheating?

At that very moment, as if he had been reading my mind, a local pilot stumbled into the office and offered to let me warm my plane in his hangar. Then, as the crowd grew, it seemed as if a mass text alert had been sent to the entire Frankenmuth pilot association.Â  Apparently there was quite the oddity on display at the airport and everyone was coming out to see. It was a girl, flying a taildragger, by herself, sleeping in her tent in freezing temperatures, and she seemed to be having the time of her life.

With the plane warmed and ready for departure, the first page of the story â€˜The Grasshopper and Iâ€™ was complete. Looking back on that memory, and those from our other trips around the country the friends I met along the way stand out. They were there with me for all the best of times including the introduction to my wonderful, wayward, barnstorming husband.Â This December 31st we will have been married 10 years and I still vividly remember our first date. â€˜The Grasshopper and Iâ€™ flew him to my favorite eating spot in Elwood, Indiana. Since that day, together we have created a place where others can fulfill their own â€˜grasshoppingâ€™ dreams. But I have to admit, Iâ€™m looking back on those days and realizing the time has come for us to once again fulfill our own.