Go to the Freakin’ Airport! 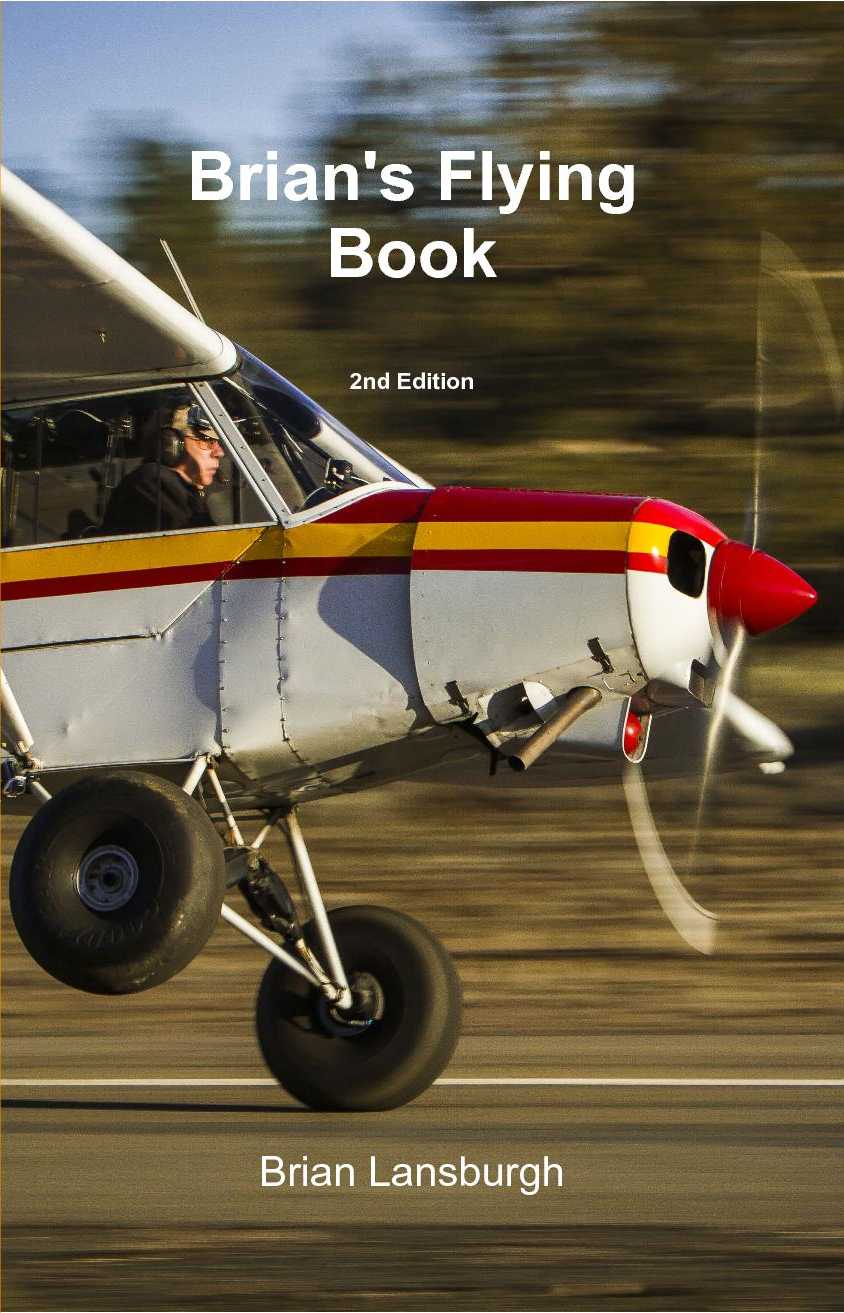 Lucky you, you picked just the right day to visit LadiesLoveTaildraggers! Today I’m kicking off the first in a series of observation articles by flier, film maker, and founder of www.TailwheelersJournal.com … not to mention one of the best tailwheel instructors I’ve come across, Brian Lansburgh. A former airshow performer, Brian has a writing style all his own. When it comes to aviating, he doesn’t mince words and leaves you with no doubt what side of the fence he stands on.

“I feel that modern flight instruction fails miserably in developing much skill in those who are taught in the vast majority of flight schools. If we want to produce safe pilots, we’d better train pilots to a much higher skill level than is currently found in the majority of pilots.” Brian Lansburgh

When this article was sitting in the folder where I keep unfinished articles, it had a note at the top. It said, â€œIâ€™m not sure that this article will be understoodâ€. Well, the article is finished now and shuttled off to the Tailwheelerâ€™s Journal queue. I hope it will be understood. If it is not, it will be because its writer failed to express his thoughts well or that his readers just werenâ€™t up to understanding it. You be the judge.

I will always remember one of the few times that Bill Warren was actually giving me dual. Most of the instruction I got from Bill was in the form of osmosis, gained while we were doing something else, like filming or simply going somewhere. But on this occasion I was entering a traffic pattern. I was evidently going to some point from where I could join a pattern leg. Bill didnâ€™t hide his annoyance.

â€œWhere in the hell are you going?â€ he asked with obvious irritation.

I may have stammered an explanation, but Bill set me straight.

â€œIf youâ€™re going to the airport, then GO TO THE FREAKINâ€™ AIRPORT!â€ (Bill didnâ€™t actually say â€œfreakinâ€™â€. Iâ€™ve just cleaned it up for my more easily offended readers. You know who you are). Iâ€™ve never forgotten the lesson I learned that day, nor its foundation in logic.

Kelly and I launched off of the airport where he hangars his Stinson 108-1. Our plan was to arrive at a nearby airport at about seven thousand feet so we could execute a simulated engine failure and practice a circling approach to a nice, long runway. This is a really important maneuver and one I try to make sure that every one of my students comes close to mastering. Itâ€™s one of those maneuvers which I feel can save your life.

But convincing you of the value of the power-off, circling overhead, accuracy approach is not why Iâ€™m writing this. When we were at seven thousand feet and calling our intentions on the radio, we were immediately answered by a guy in a high-performance single. I knew he was there and I knew what he was doing. I saw him way out there, actually flying away from the airport so he could come in on that ridiculous five-mile-long forty-five (â€œWhy donâ€™t they just go to the freakinâ€™ airport?â€). Thatâ€™s why at first I was surprised to hear him transmit and say, â€œIâ€™ll go around out here and wait for you to finish your maneuver.â€

I did a mental double-take, but Iâ€™ve got to admit that Iâ€™m no longer THAT surprised by this move on the part of another pilot. This guy had time to write a letter to all of his friends, send it to them by pigeon and then wait for them to form up in echelon formation and land before heâ€™d have been in our way. But why didnâ€™t he see that? Probably for the same reason that so many power pilots used to do the same thing to me when I was flying the Big Yellow Glider at Sunriver. Iâ€™d call my position just so people would know where I was. They, on the other hand, would immediately stop their approach and tell me that they were going to get the hell out of my way.

Thereâ€™s a huge weakness in the ability to grasp situational awareness on the part of so many pilots. They will burn untold gallons of gas and spend gobs of increasingly expensive flight time because they simply have no idea how long it takes them to land. They also are, for the most part, unable to execute a short approach.

Glider pilot Dale Masters and I would often explain to other pilots that there was a huge window of time in which we could land and clear the runway. We would explain to them that, even in the absence of lift, we could go to minimum sink (they normally donâ€™t know what that is) and loiter while they continued in to land. Or we could dump the nose, open the spoilers and swoop in, using a fraction of that time in order to land ahead of them without causing them any delay. They could not grasp it. And we were flying a sailplane! THEY were the guys with the engine! It was hopeless. Theyâ€™d drone around out there forever waiting for the guy who had just told them that it wasnâ€™t necessary. Oh, and then theyâ€™d complain about â€œthat damned gliderâ€.

Here are the things Iâ€™ve learned from that and similar experiences:

There are several things that the overwhelming majority of amateur general aviation pilots cannot do or understand. They canâ€™t land long; they canâ€™t make short approaches; they canâ€™t fly formation and they canâ€™t figure out when they can swoop in ahead of another guy without â€œcutting him offâ€.

These are just a few of the reasons that general aviation is plagued by such abysmally low flying skills on the part of such a large segment of its population.

Just the other day, I was doing a transition course with a good pilot. We did a touch and go behind a Cessna 172 at a busy Central Oregon airport which will remain nameless.
The guy we were following just kept departing straight out, even though he was in a closed pattern. We turned out and our crosswind was executed at just about the same time as his. As we turned on downwind, I transmitted that fact. A few seconds later the guy in the Cessna called his downwind, â€œbehind that Stinson that went in front of meâ€. I think I detected the old â€œyou cut me offâ€ tone in his voice. We continued to do that landing, which was our last landing of the day, cleared the runway and taxied to the hangar. As we neared the hangar row I looked back to see the Cessna on final. That would be the Cessna that we â€œcut offâ€. In case you missed it, let me say it again: We were at the hangar and he was just turning final. And yet, he probably felt that weâ€™d â€œcut him offâ€.

I hope that I will never unfairly criticize an individual for what I see as deficient skills. I will, however, blame such a pilot for failing to work to increase his level of skill and to learn to judge his place in the pattern.

If you recognize yourself as one of those under-skilled pilots, donâ€™t beat yourself up over it. Simply go out and practice. Practice until you can do those things. Do your part to make us all look qualified to wear the moniker, PILOT.

And while youâ€™re at it, enjoyâ€¦
HAPPY SWOOPING!
Brian