Guess which lady taildragger pilot is flying the Dragon Lady!!?!! 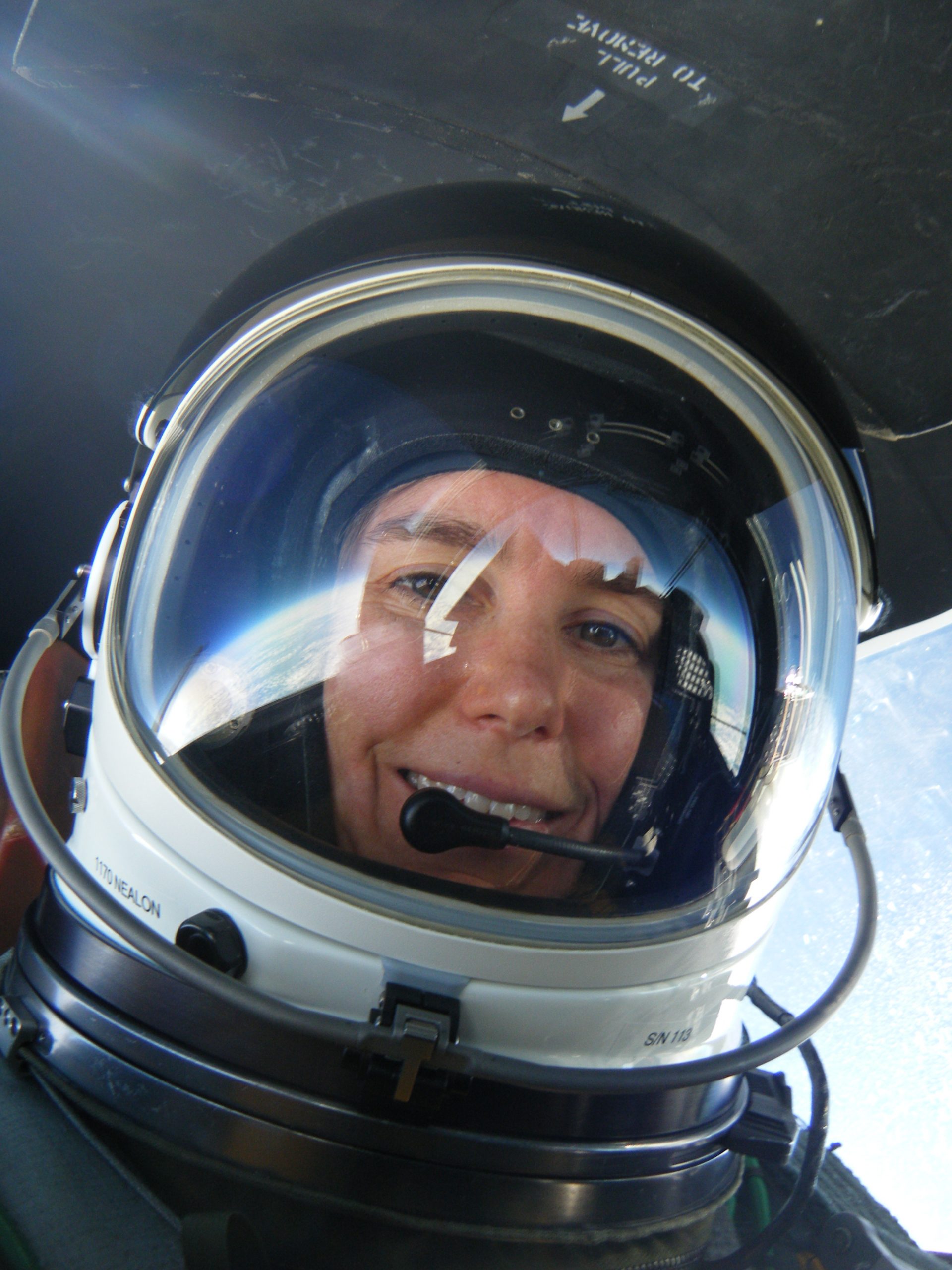 This has to be one of the most fabulous things I’ve posted on LadiesLoveTaildraggers EVER and I’ve been grinning about how cool it is since I got her email a few days ago. Air Force pilot Laura N tells me she’sÂ relocated to California for U-2 training and sent in pictures from her solo flight. It doesn’t get any better than this!! Congratulations, Laura, and know that we’re all rooting you on!

After getting Laura’s note I got really curious about everything I DIDN’T know about the Dragonlady, pretty much anything. The following excerpts I pulled from an article by Lt. Col. Charles Wilson and it’s a must read!

Ever want to know what it is like to fly a U-2 mission……Well read on as Lt. Col. Charles Wilson lets us in on a mission.

The U-2 was built to operate at altitudes above 70,000 feet. This caused the aircraft to be made with long wings (today’s U2 has about a 104′ wingspan) and configured with a bicycle (tandem) type landing gear. Aerodynamically it is a fairly “clean” aircraft-it likes to fly. It does fly very well, as long as it is in the “envelope” it was designed for. That is, flown within the speed parameters and G limits. Compared to other aircraft, the U-2 is perhaps the most difficult for a pilot to fly. With its long wing and bicycle landing gear, it is especially difficult to land (as I said before it likes to fly). The pilot needs to stall the aircraft from about two feet, to get it on the ground.

Taxing the U-2 is challenging. Turning into the wind, the turn radius is about 189 feet. Turning away from the wind, the turn radius can exceed 300 feet. The pilot must judge turns carefully or get stuck and need the aircraft to be repositioned by the ground crews. No easy task either. Typical fighter aircraft have turn radii as small as 20-50 feet. During this activity, our mobile officer follows along in a high-performance chase car. The mobile, who is in radio contact with the pilot, is in the role of safety observer, monitoring the aircraft as it moves.

The pilot then flies his U-2 to above 70,000 feet and accomplishes his assigned reconnaissance mission. At 70,000 feet you are twice as high as the airliners fly. You begin to see the curvature of the earth and the sky begins to blacken as the outer limits of the atmosphere are reached. If our pilot wasn’t so busy on an operational mission, it would be easy for him to get a lonely feeling up there at 70,000 feet hundreds or even thousands of miles away from home base.

During the descent, our mobile officer has reviewed the weather and positioned himself in the chase car at the threshold (or beginning) of the runway. Monitoring the mission frequency the whole time. He is there to help the pilot with any unusual difficulty that may be encountered. Our pilot now finds the runway with his navigation instruments, visually acquires it, and crosses the runway threshold at about 10 feet.

Despite being exposed to serious threats and a hazardous physiological environment, our pilot is about to engage in the most challenging part of the mission-landing the U-2. The U-2 is without a doubt, the most difficult aircraft in the inventory to land. With its bicycle landing gear, long wingspan and its “desire” to keep flying (even with idle power), the pilot has his hands full putting it on the ground. The mobile officer also has a big role to play here. Keep in mind our pilot has been in a hazardous physiological environment for over nine hours. Not much to eat, no chance for a break, unable to get up and walk around. He is dehydrated, fatigued, and has a skewed depth perception from the high altitude. Still, our pilot brings the aircraft to cross the runway threshold at 10 feet precisely on centerline. The mobile chases the aircraft down the runway, making altitude calls at about every two feet. Deviations are also called out. To successfully land this aircraft, the pilot must achieve a full stall at two feet above the runway. I don’t mean killing the engine. By stalling I mean to cause the aircraft’s wings to stop generating lift. Our pilot does this through exact airspeed control. No easy task considering the condition he is in along with the bulkiness of the pressure suit.

As it slows, the tailwheel lowers to the runway and when the U-2 reaches a stall, the main wheel touches down. The maneuver looks graceful to onlookers, but tends to feel violent inside the cockpit as the pilot feels the stall, touches down and struggles to keep the wings level. But, it is not over yet. The pilot still has to “fly” the wings until the aircraft can stop. Remember, the pogos fell out upon takeoff so as long as the airplane is rolling and the wings are producing some lift, the pilot must fly the wings to keep them off the runway.

Finally, as the aircraft begins to stop, the pilot will gently put one wing on the ground. Each wing has a titanium skidplate so that the they are not damaged during this phase. The ground crews now reinstall the pogos so that the pilot can taxi back.

Â Yep, she may be flying “one of the most over-powered taildraggers ever created” but she’s still one of us at heart!!