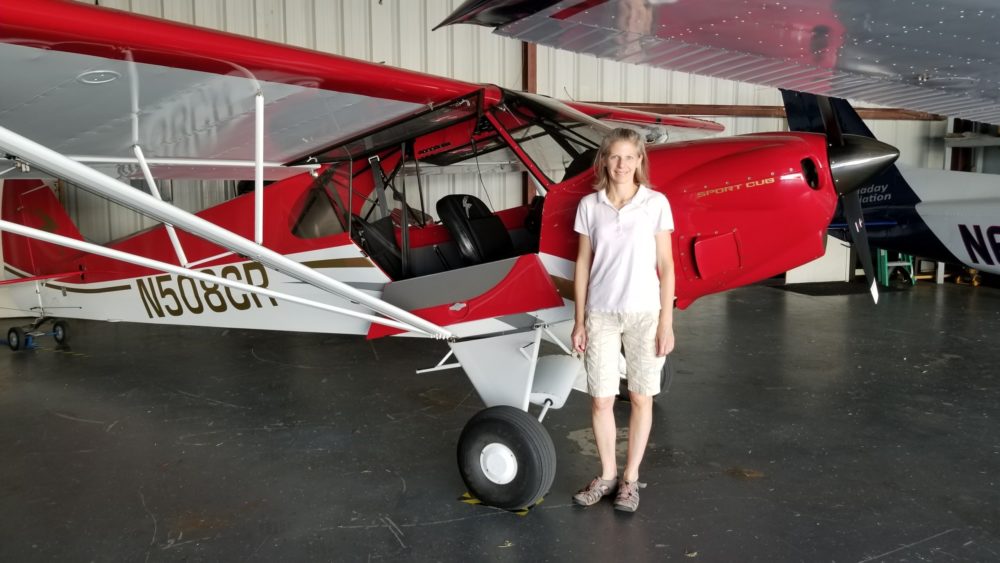 I am thrilled to report that we’re finally on the move again! On our VFR flight around the perimeter, after 5 days of being weathered-in in Norfolk,Â  Virginia, we gave in and filed IFR yesterday. KPHF was a great place to hang out for a few days but we’d seen the sights and the time had come to get on with it.Â  Here’s our route of choice and I’m happy to report, we got the job done! 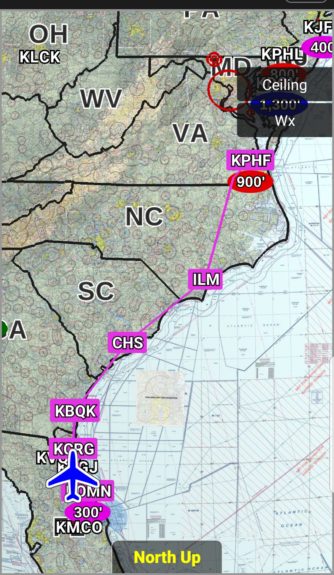 Yesterday morning, ceilings at KPHF were below minimum for a VFR departure and the sky soupy.Â  Our RV7 had been sitting outside in on-and-off rain for the first time in its sheltered life. Wet and soggy don’t always bode well for birds parked outside so it certainly was not the day to forget to sump the fuel tanks. We did – both sides, again and again. I have never seen so much water sink to bottom of a fuel collector before. The right tank was the worst but both tanks had water, something we were happy to deal with on the grounds instead of while climbing out IFR.

Preflight complete, it wasn’t long till we were off -Â  and broke out into something we haven’t seen for a week, sunshine!

A 3 hour 15 minute flight got us as far as Brunswick, GA and the FBOs courtesy car to Micky Ds. So glad I posted a quick video on Facebook while there because that snagged us a fun meet up and a bed for the night. Many thanks to Meredith and Dana Holladay for our great overnight in their home at Jacksonville FL. 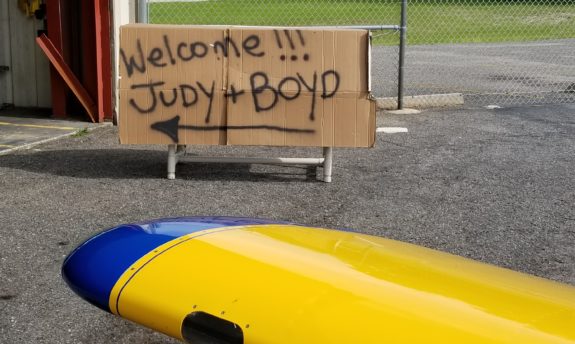 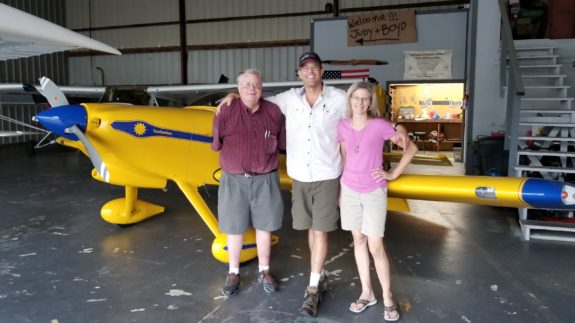 I couldn’t have planned a more fitting stop if I tried and I think it was meant to be. Meredith and Dana flew a J3 Cub with a C90 to all the lower 48 states six short years ago.Â  It just doesn’t get any better than them welcoming us to Florida and hosting us as we fly theÂ US perimeter ourselves. 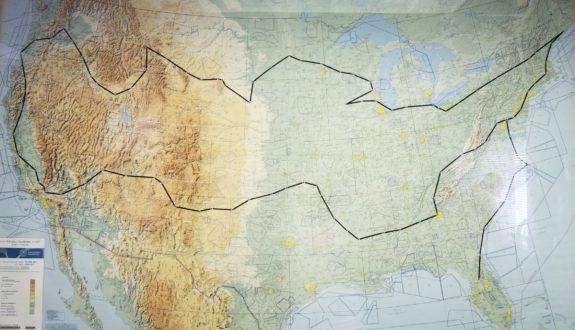 Dana and Meredith’s planning chart hangs in there office today

Check out this dynamite team of flight training experts in the Jacksonville area. Holladay Aviation. 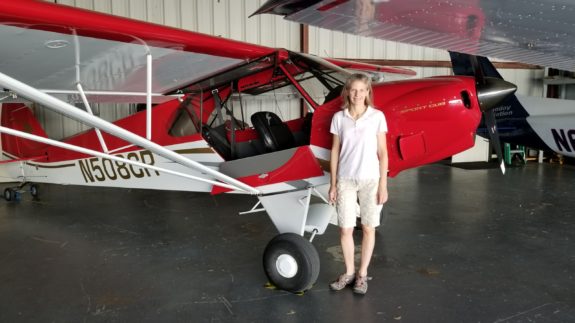 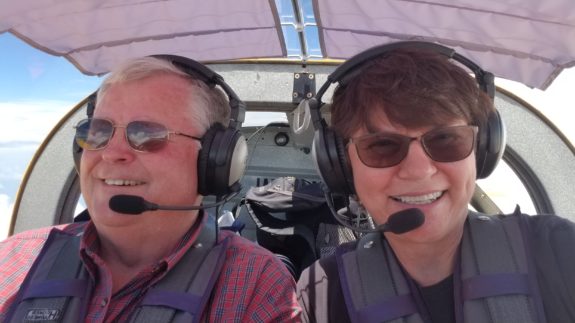 This team of two sure is happy to be in sunny Florida! Jacksonville today, Ormond Beach tomorrow to meet another exciting lady taildragger pilot, Gail Stillings-Burch!