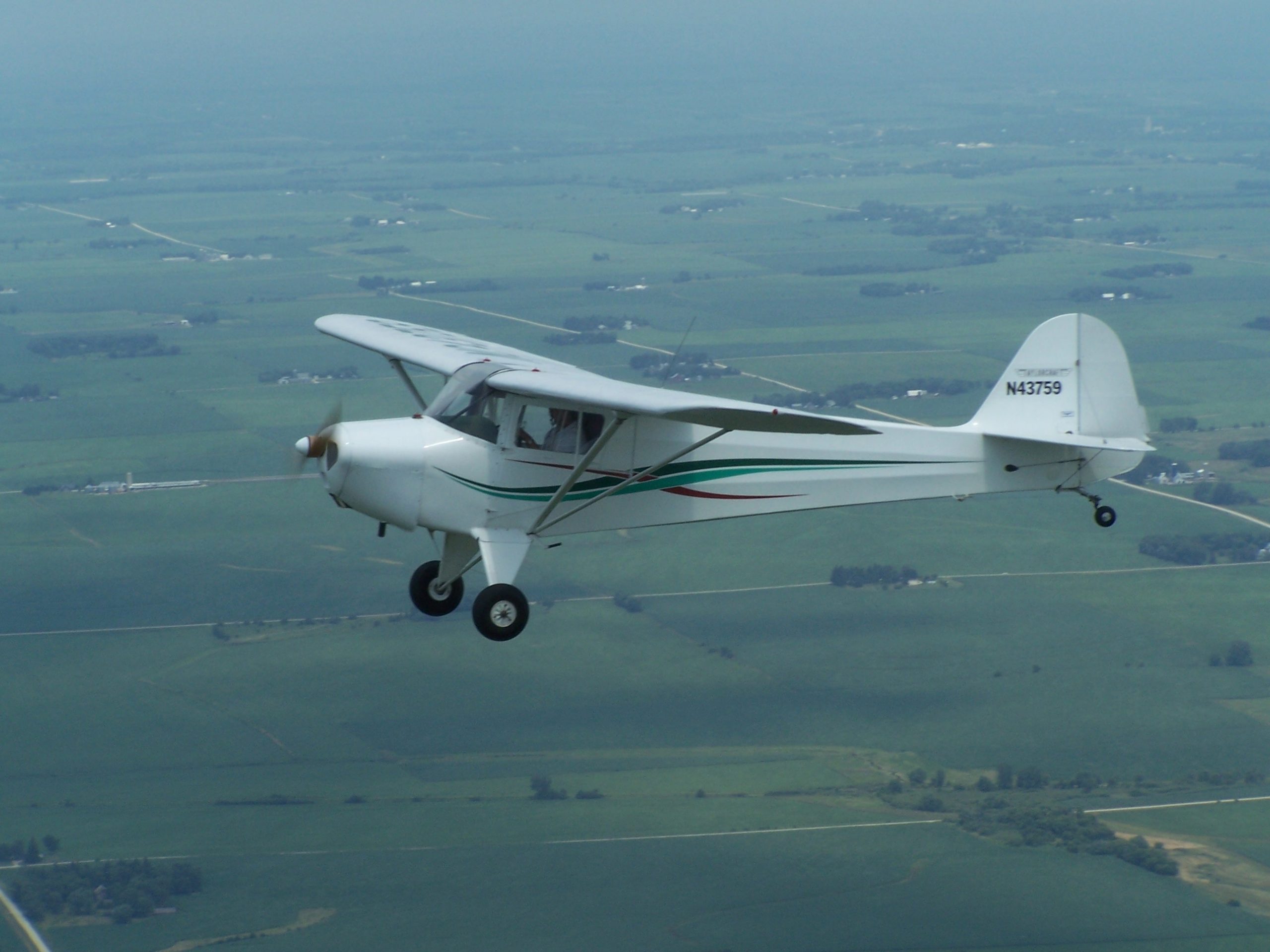 Over the flatlands of NW Iowa

I have been flying since 1993, progressing through the customary 152’s, 172’s and Cherokees. Â Back in those days (has it really been 18 years already?), ground schools were always full of student pilots and the flight school planes were booked weeks in advance. Â That led to the first airplane purchase, a Piper Cherokee, which was a kind, gentle airplane. Â There were many great flights exploring the region, supporting every eatery within walking distance of any airport and taking friends and relatives for rides. Â But there was more to flying, more purpose and more benefit which led to a satisfying several years of being a Search and Rescue pilot and DEA pilot for the Civil Air Patrol. Â Those years honed the skill of flying low and slow in all kinds of VFR weather over frequnetly inhospitable terrain, often never in the same aircraft twice and with many different faces on board. Â Even as the hours mounted in my logbook, the experiences became invaluable. 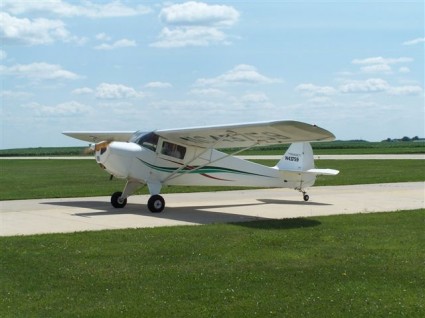 It doesn’t get much better

These experiences led to wanting to hone more skills, try new things, and what better way to do that than to get a tailwheel endorsement! Â After searching as many sources as I could, I finally accepted the fact that I could get the training and ultimately the endorsement, but would not be allowed to solo the airplane – insurance stipulations I was told.

Determined not to be discouraged, in 1997 I bought N43759, a 1946 Taylorcraft BC12-D. Â She had a recent fabric job but was all white, except for the oil streaks on her belly from the engine and the fuel stains down over her cowling. Â So while the A-65 engine was being overhauled, I designed some color graphics for her. Â She got a new interior, new tires, new paint on all metal parts, new tailwheel and a new pilot – me! Â I was fortunate to have a great tailwheel instructor who made sure that I was as comfortable on concrete as on grass. 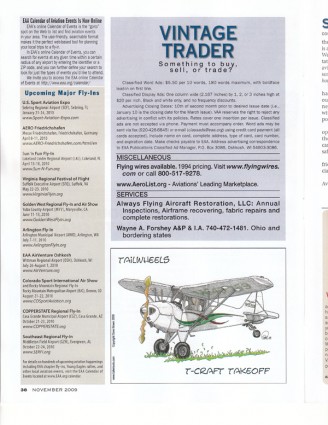 Since then, the little white plane and I have had many adventures together, seen many places, met many new friends, and continue to share the skies and chase clouds when we choose. Â I took a break in 2007 to get my IFR license and another in 2008 to get my Commercial license and am now studying for my CFI written exam.
I am looking forward to meeting all of you lady taildragger pilots and hope to see you at Moraine in August!