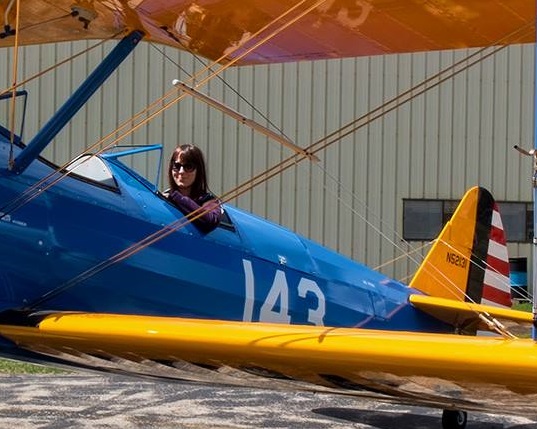 How does a young woman who loves to fly, and REALLY wants to fly a taildragger, come up with the bucks to pay for it? It can be tough and extra money to spend on flying lessons can be hard to come by.

In this case the answer lies with Jessica Voruda who is proving that thinking outside-the-box can pay off. Her goal is to make enough money selling “Help Stamp Out Nosewheels” stickers to pay for her private pilot license.Â Â I happen to love this little lady from Wisconsin’s resourcefulness, and hope everyone decides they can’t live without a couple of her awesome stickers! 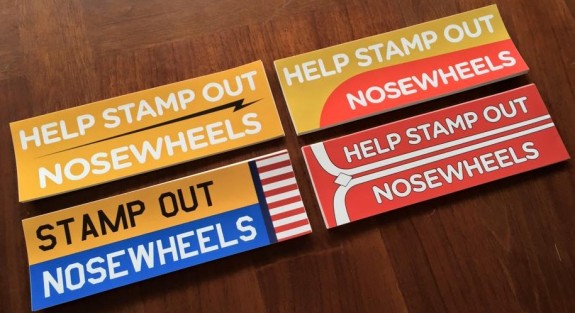 The stickers are a co-creation of Jessica Voruda and Wayne Bressler of www.taildraggersinc.comÂ fame. Even Rich Davidson from Lee Bottom Flying Field (www.Leebottom.com) played a part in launching sales of these fun little stickers.

Jessica reports “The sticker sales are helping me towards finishing my private pilot license training in a Piper Cub at Hartford Airport, KHXF, with Steve Krog as my instructor. Since my previous flight training 10 years ago in 172s, I’m now one hour in a taildragger, the Cub.”

“Every sticker purchased helps a little bit towards getting me another hour of flight time learning to fly in a classic tailwheel Piper Cub.”

“In February of 2014 Wayne came to me with an idea to recreate a fun bumper sticker that once existed with the words â€œHelp Stamp Out Nosewheelsâ€. The message is simple. Stamp Out Nosewheels. Of course this idea is not to be taken too seriously and is used in fun to pick on our fellow nosewheel drivers. Itâ€™s no question that tailwheel aircraft can require more skill and precision to operate and fly safely and there is a large community of individuals who prefer nothing else than owning and flying their own tailwheel aircraft. With them in mind we created the first new batch of Help Stamp Out Nosewheels stickers to hit the market.” 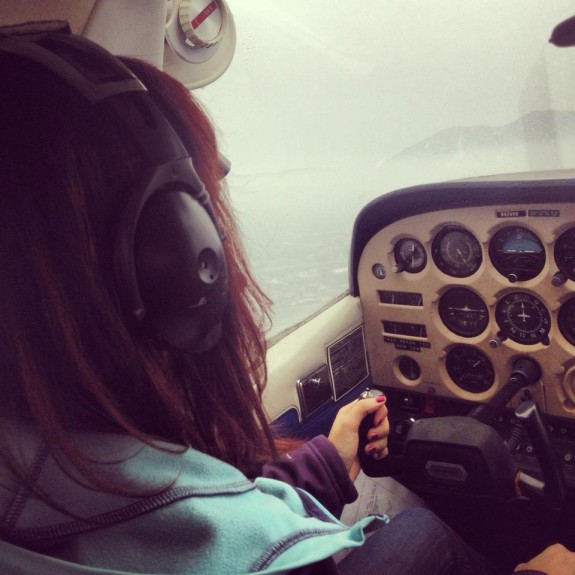 “With the input and help from both Wayne and Rich Davidson, I set out to create 3 new themes for the Help Stamp Out Nosewheels line. It started with the classics. a Piper Cub, Aeronca Champion and the standard World War II Stearman / US Army Air Corp colors scheme. The stickers were finalized and I made the first order. With Richâ€™s help andÂ thatÂ of several others I was able to sell a surprising number of stickers from the start. Today I added a fourth sticker theme with the addition of the new red Pitts bumper sticker currently on order. All four stickers can be purchased at www.stampoutnosewheels.comÂ .”

Please support Jessica in her mission to become a private “taildragger” pilot!