I have to tell you, it’s a really great feeling to fly into Oshkosh – especially great when you’re doing it solo! I arrived yesterday (Sunday) evening 45 minutes before they closed the field – but it took a long day of wx checking Â and waiting around to get me there. Severe thunderstorms worked their way from the northwest area of Wisconsin & Iowa southeast across the hard hit Chicago area and down through Indianapolis on Sunday. Parts of Chicago got 7.5″ of rain with strong winds and hail and it wasn’t anything anybody I know wanted to mess around with, much less try to fly through. At 3:45 I was finally able to pull the Rans S7 out of the hangar (through the water puddles) and depart Indy with the hope of making it to OSH without hitting any more weather. Turns out that I had nicely improving weather departing Indy and one quick fuel stop in Joliet, and I made it there in well under 4 hours!

A sure sign you're on the ground at Oshkosh!

Flying into Oshkosh isn’t for sissies! I got the NOTAM booklet and pretty much memorized it. Overkill? Maybe. But when there are dozens of aircraft approaching a single spot on the ground called “Ripon”, possibly right when you are, it’s best to understand what’s about to happen to you. 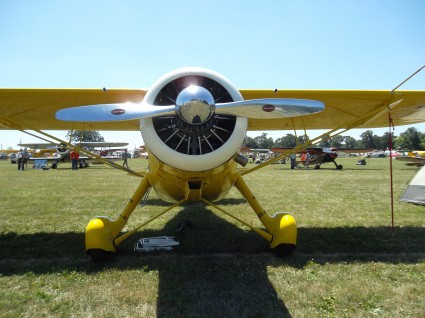 50 Miles south of Ripon I started trying to pick up any Oshkosh frequency; ATIS, Fisk, north tower, south tower, it didn’t matter – I just wanted to hear somebody up there and start getting some clues about runways in use, traffic, anything at all. 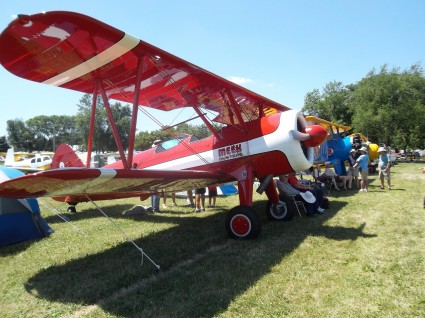 I couldn’t hear anybody or anything for long enough that I convinced myself I’d have the whole approach all to myself – it was getting late and surely anybody that was coming today would already be there?! No problem, no sweat, piece of cake. I could be the only airplane still flying in the state of Wisconsin tonight! 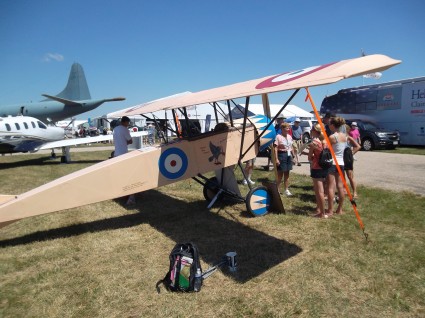 Of course I came to my senses quickly and Â flipped the other way ….. oh come on Judy, this is Oshkosh, the Big Boy, the Mecca, this is Oshkosk – and you’re not going to be that lucky!! The first traffic I saw was about 15 miles south of the Ripon intersection; I caught it out of the corner of my eye coming up around on my left to the west. OK, one airplane, no big deal. 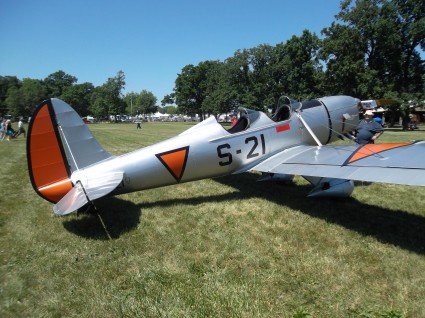 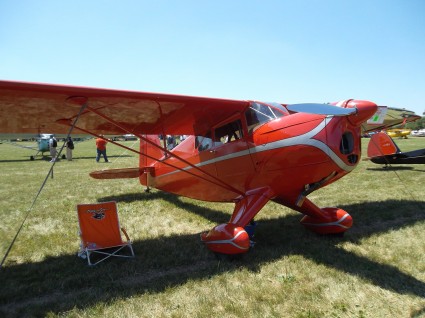 It was organized, it was fun, it was exciting, it was scary, it was very cool to fly into Oshkosh solo. It’s simple, hit Ripon, fly up the railroad tracks 10 miles, wait for the controllers on the ground at Fisk to identify you and ask you to rock your wings, listen to your runway assignment, change frequencies, follow the Notam instructions and the controllers instructions, fly the pattern and land. Land and keep your distance from the plane landing right in front of you, land on the colored spot they assign you, slow it down, slow it down….then get the heck off the runway – NOW!! There’s lots more coming in right behind you and they’re about to land right where you’re sitting!