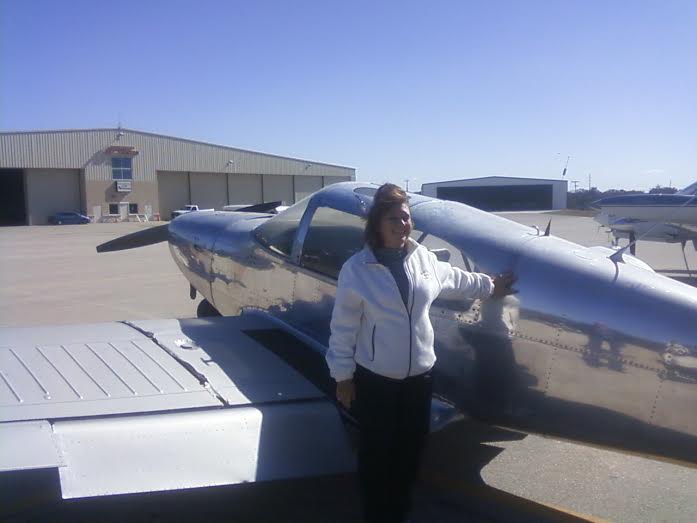 Thank you Ila for sending the picture of your new plane. As far as I know, you are the only member of LadiesLoveTaildraggers who owns a Swift. Correct me ladies if I’m wrong! 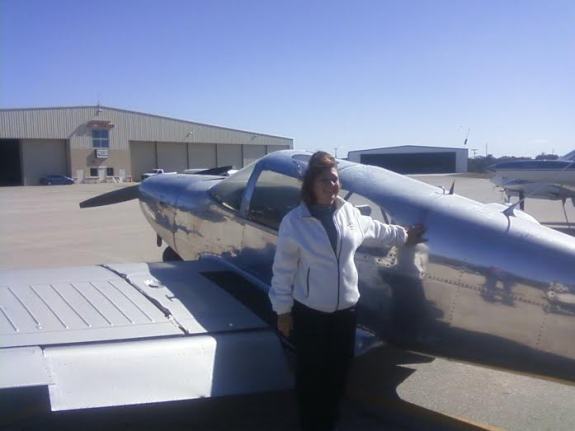 My new plane was my father’s but he is 89 and gave it to me as a gift. ItÂ is a project for sure but hopefully I can get it flying next year. Â  Ila Moses 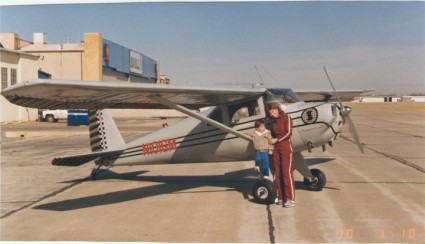 Hi! I love taildraggers and think that it makes you such a better pilot and is way more fun!

My father started teaching me to fly when I was 13 in a …brand new A36 Bonanza…I know, right! Oh well, almost 500 hrs logged later, I soloed on my 16th birthday but still no time in a taildragger. I went on flying Cessnas and Pipers. One day a few months later my father showed up at the barn where I was riding my horse. Dad never came to the barn…he said come with me I have a gift for you! It was cold and there was snow on the ground. Across the road from the barn was a little airport that was rarely used…and there it was, a beat up, paint peeling off, 1947 Luscombe 8E! I was speechless…I had never even ridden in a taildragger.

My Dad said to get in the left seat and he would tell me what to do. He gave me a briefing on what to do and when he got to pushing the nose forward …I was getting concerned. Being the SHCP ( sh_t hot cool pilot) I thought I was, I said “got it” and away we went…rolling down the runway with freezing air coming through the windows I was NOT impressed but the door opened..no big deal…I just pushed the window open and as Dad said “rotate” I slammed the door shut and the window smashed my ice cold hand. I was not impressed. I did like a stick instantly though! At this point, until we landed, I was excited and horrified but very grateful that Dad found me my 1st very own airplane. Then we landed…and landed and BOUNCED…OMG so much for my SHCP ego…it was now gone! I was in tears as now as I decided my Dad was tired of me and was turning me loose in this death trap. It would surely be the end of me! 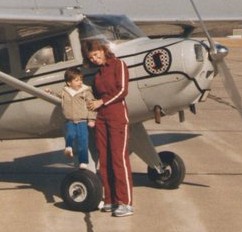 2 years later, and still scared to death of the Luscombe, I still had not soloed it. I certainly understood how it could get beat up but I never put one dent in it…or me! I grew up at Love Field in Dallas and everyone knew me. It was soÂ embarrassingÂ every timeÂ Dad would force me to try to taxi really fast…I finally asked if we could go practice at another airport so we did. We took the Luscombe up to my Dad’s hangar up on a grass strip and left it. No building time for me. Dad was sad. I was mad…very normal for that age! It always bothered me that I never “got it”- Â the taildragger thing – so one day I decided that little airplane was not going to beat me. I skipped school one day, went to the hangar by myself and taxied up and down that grass runway until I had it! I told Dad I was ready to solo the Luscombe and he couldn’t believe it.

We went and I did it!!! The Luscombe and then Swift, Vagabond and Citabria have become my greatest passions. I LOVE TAILDRAGGERS!!!!

I decided to take the airplane apart and make it my airplane…4 years later and buckets of money, sweat and tears it was done and beautiful!

I flew it to Sun n Fun and then Oshkosh. It did perfect. That little Luscombe taught me so much …like recovering from a real stall…no mushing!

Anyway, I am glad to know about this website and look forward to reading more.