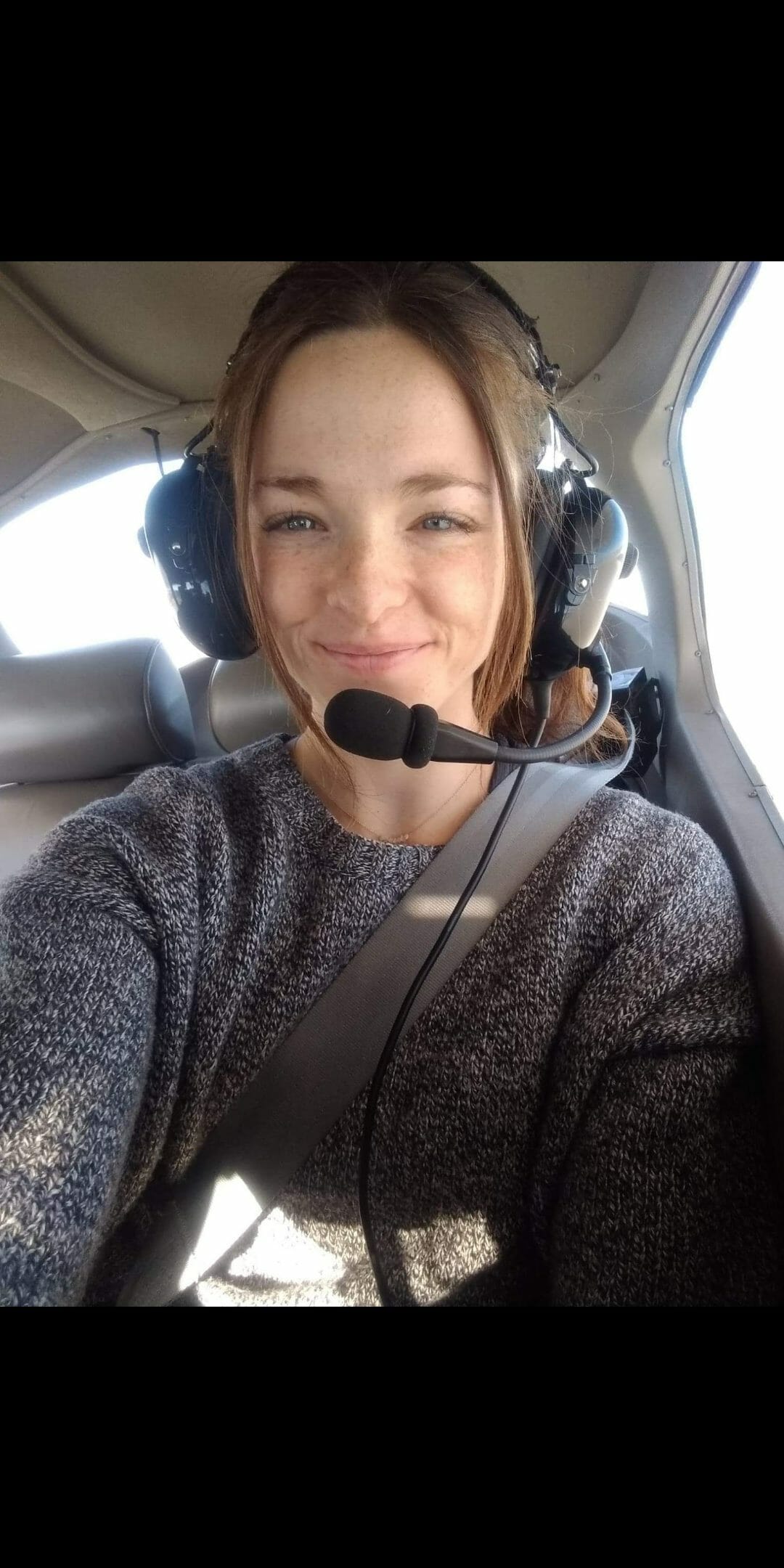 India is based at 7B2, Northampton Airport, in Northampton, MA. She is currently a student pilot who had never thought about flying until several years ago, when she watched biplanes doing aerobatics as she was climbing in Red Rock Canyon in Nevada. She says she was instantly captivated and that spark stuck around. For her 21st birthday, her mother bought an intro flight for her at the local airport in Northampton, MA. India says, “Boy was I hooked! It took me another year to fly again, this time in Salt Lake City where I lived the past two years. After lots of on and off due to lack of funds, I have spent the past 6 weeks back in the air, where I belong. I am back in Massachusetts temporarily until I finish up my PPL. I currently have 30 hours total time and am preparing for my first solo flight shortly.”

India had the pleasure of taking a flight in a gorgeous Stearman E-75 recently and it was her first tailwheel flight. She thinks that it’s pretty remarkable to feel it all come full circle from that day watching biplanes that set her on the path she’s on today. India is excited to finish up her PPL and move on to instrument rating as well as receiving tailwheel training.

Why I love taildraggers: India writes, “I think I’ve always been drawn to taildraggers because of the accessibility it allows. I’ve been a rock climber for the last 8 years and the pursuit has taken me to many remote places across the country. It’s hard not to imagine flying myself and others out to these beautiful places that most people don’t get the privilege of visiting in their lifetime. A dream of mine is to fly a float plane out to an area called the Cirque of the Unclimbables in the Northwest Territories of Canada to climb the Lotus Flower Tower.”