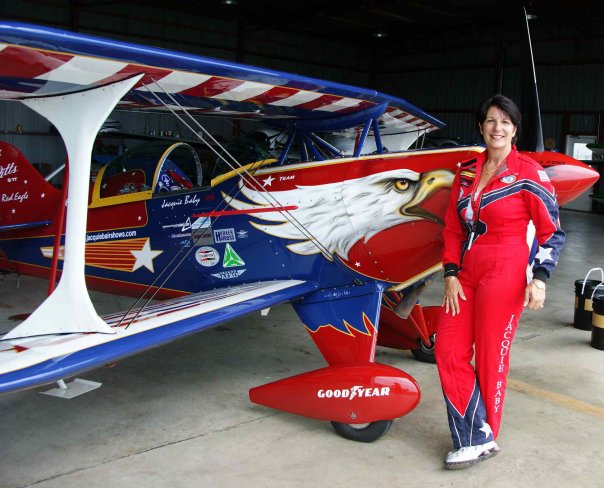 Jacquie Warda is based at Danville, California and flies an Extra 300. 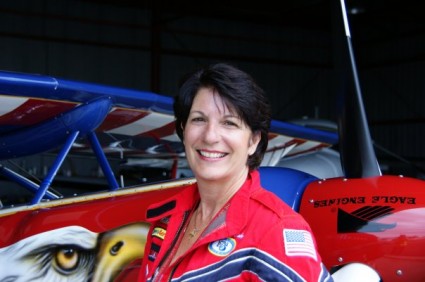 When most people turn 50, they figure itâ€™s time to relax and settle into neutral while coasting toward retirement. Not Jacquie Warda! When she turned 50, she launched her solo aerobatic career with her one-of-a-kind Pitts Special biplane.Â Why not? â€œThe sky never runs out of up!â€ she says. 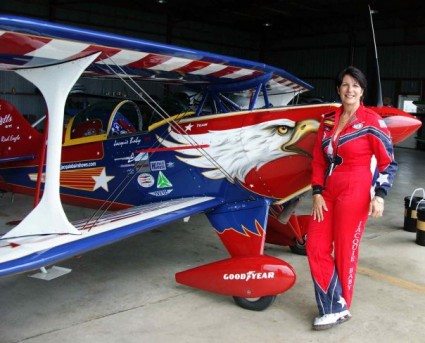 During the centennial celebration of powered flight in 2003, Jacquie finally quit the humdrum of a white collar profession and realized her dream as an air show performer, becoming the first female pilot to enter this business at the age of 50. 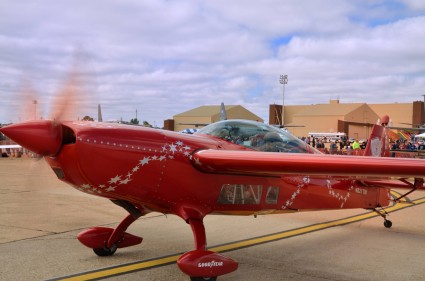 Jacquie traces her love of flying her to her earliest days, when, as a newborn, her first outing was to the Los Angeles County Airport Air Show. Her fatherâ€™s interest in airplanes and flying inspired Jacquie to want to ride the wind. Jacquie spent many years dreaming of flying but was unable to do much about it until years later after working and saving her money. By the time she was 32 years old, she decided she had waited long enough. She enrolled in ground school and the rest is history, as they say. She earned her Private Pilot certificate in 1986 and shortly thereafter was introduced to the world of aerobatics. 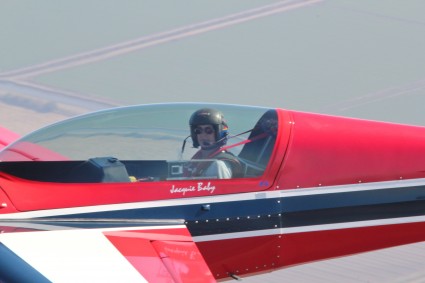 A friend offered her a ride in a Pitts Special and she jumped at the chance to do a different kind of flying. With that first flight of loops, rolls, spins and a few other very scary maneuvers, she was instantly hooked on aerobatics. â€œI was so bored with the time between take-offs and landings, I just knew there had to be something to do in betweenâ€. Once she discovered aerobatics, there was no question in her mind she was destined to learn a new kind of flying. It took a few years longer to save enough money to take aerobatic lessons, but save she did and finally took her first â€œformalâ€ aerobatic lesson in July 1997. She entered the International Aerobatic Club sanctioned competition in August 2000 and rapidly progressed to the Advanced category. 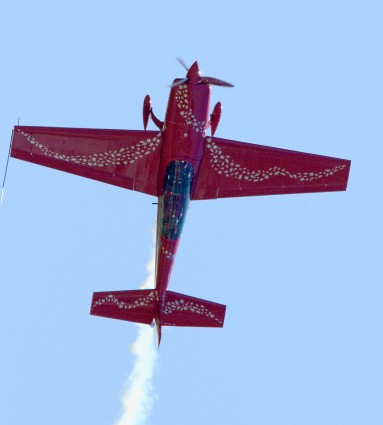 Aerobatics is Jacquieâ€™s passion, but her love of flying does not stop there. Jacquie competed in the 2001 Reno Air Races in the biplane class, finishing with an impressive sixth place in the Bronze class. The following year, she advanced to the Silver class and again finished sixth. Jacquie continued to race at Reno in 2003 and 2004, finishing in the middle of the Silver class. 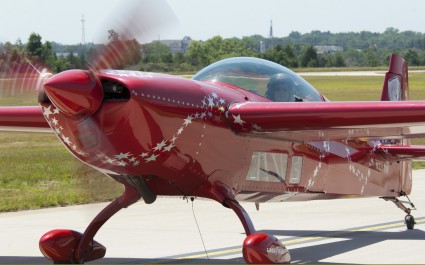 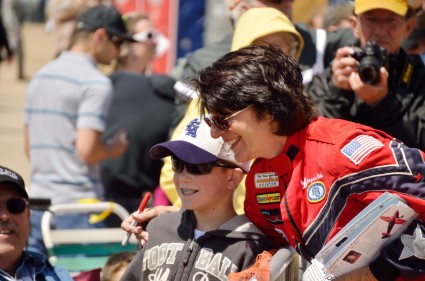 But no aircraft compares to her new Extra EA-300 monoplane. Jacquie has made the switch from a biplane of many years to something new. Her Extra is faster, more capable of gyroscopic maneuvers and has two seats! She can now give rides and share her love and passion of flying with others across the country.

One year ago, Jacquie was flying her beloved Pitts S1T home from an airshow in Idaho and suffered aÂ catastrophicÂ engine failure at 1600′ agl. Read the harrowing account of her “blind” decent and landing in the high desert;Â Jacquie Warda Survives Blind Crash