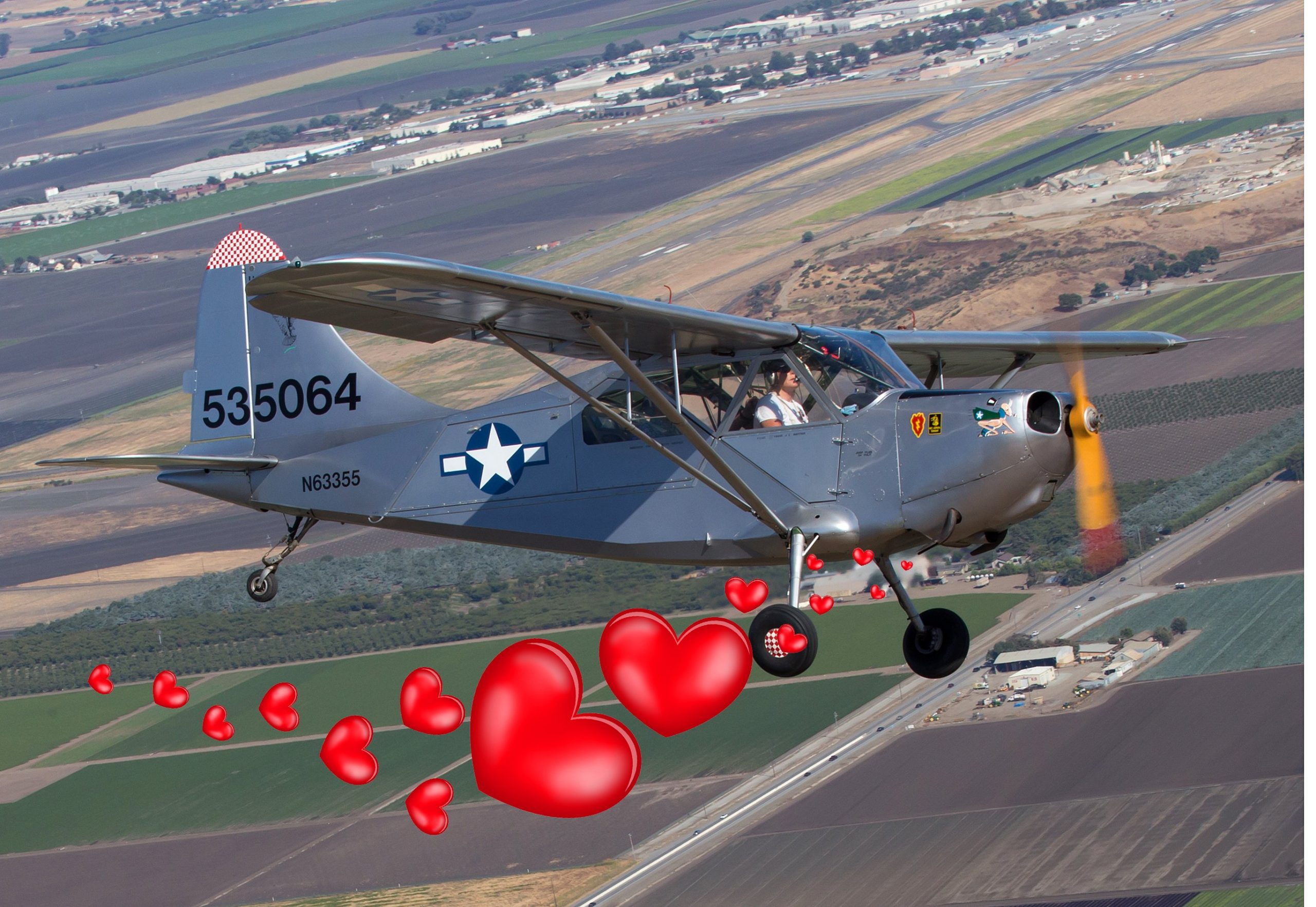 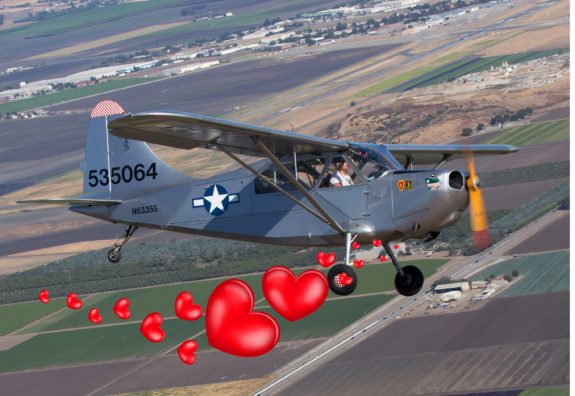 Before I learned how to pilot an airplane, I learned how to serve beverages at FL330. I was a flight attendant for Reno Air, based at San Jose International Airport (SJC), in San Jose, California. My husband Peter, with whom I have spent the past 40 years, was responsible for me getting that job.

I was newly unemployed, after a â€˜reduction-in-forceâ€™ wave at the large engineering company where I had worked for 15 years. I spent most of my days moping around the house, watching tv, and half-heartedly sprucing up my resume. One beautiful spring day, Peter came home early, to announce that heâ€™d heard on the radio that a new airline was hiring in San Jose.

He was fully aware of my teenage dream of being a stewardess, after my Mom reluctantly loaned me her copy of â€œCoffee, Tea, or Me?â€ by Donald Bain. I was obsessed with travel, and wanted to â€˜see the Worldâ€™ as my Mom had done, as the wife of a United States Air Force fighter pilot. But at the fragile age of 16, I started growing to over six feet tall and my hopes of a career as a flight attendant were dashed.

Airlines were allowed to discriminate back in the 1970s. They wanted hot little babes who looked great in their uniforms. Forget about an Amazon doing that.

On a sweltering Fatherâ€™s Day in 1995, I attended a â€˜cattle callâ€™ open hiring for Reno Air Flight Attendants and Customer Service Agents. Long story short, they hired me on the spot, and I began a new chapter in my life â€“ that of a six-foot three-inch Flight Attendant â€“ the tallest female in FAA history, at the time. 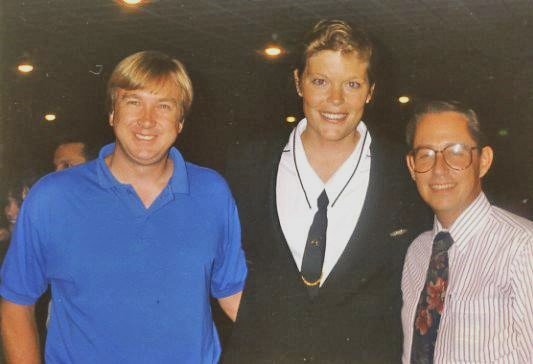 Working on holidays is all part of the job as a Newbie F/A, so, it came as no surprise that I was assigned flights my first months on reserve – on Halloween, Thanksgiving Day, and yes, Christmas Eve, and Christmas Day, as well as New Yearâ€™s Day. 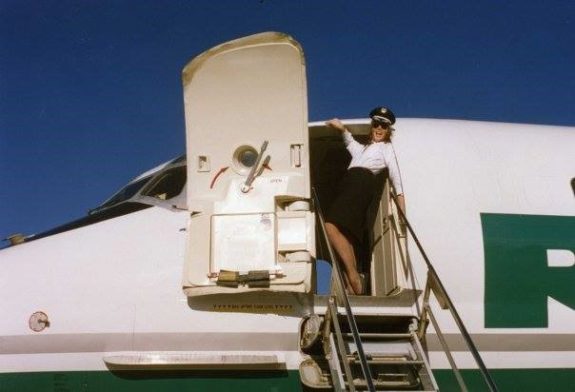 My Mom, who was no stranger to airplanes, was thrilled that my schedule brought me home to Portland, Oregon on Christmas Eve, for a two-day trip. I arrived at PDX in the afternoon and drove as fast as I could to Salem, to spend Christmas Eve with her.

My â€˜showâ€™ time at PDX on Christmas Day was at noon, so I called Peter, to wish him a Merry Christmas, and tell him how sorry I was that we had to spend the day apart. We laughedâ€¦ we criedâ€¦ then I hung up and boarded the McDonnell-Douglas MD-83 jet, for the flight to San Jose, then on to Las Vegas, Tucson, back to Las Vegas, and finally ending the trip in San Jose at 11:00pm Christmas night.

Imagine my surprise as the crew deplaned in San Jose to grab a late lunch, standing there at the gateâ€¦ was Peter! Heâ€™d called Reno Air scheduling, to find out which flights I would be on, and planned to spend all of them sitting in First Class and enjoying all the perks of being married to an airline employee. He boarded the plane and I alerted Captain Jim Egger that we had a â€˜VIPâ€™ on board for our LAS-TUS-LAS-SJC legs. He looked at me, puzzled: â€œWhy would anyone be flying back and forth like thatâ€¦on Christmas Day?!?â€
Then I told him it was my husband; that he wanted to spend Christmas Day with ME!

He was treated like royalty â€“ the other flight attendants, Stephanie and Candace, took very good care of him, and Captain Egger even came out during one of the flights to shake his hand. 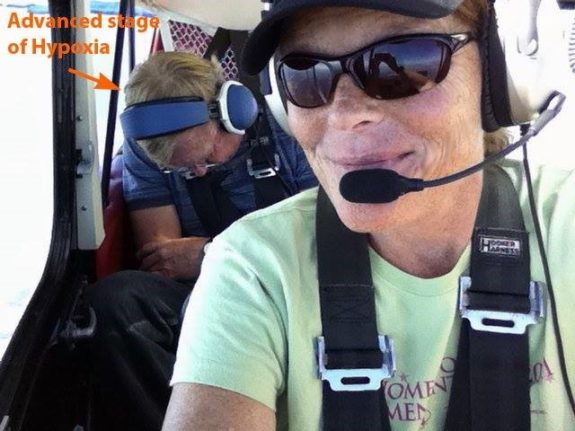 Now, Peter flies in the back of our 1945 Stinson L-5 baby warbird, but he has to fetch the drinks and snacks â€“ for ME!

Although Peter is â€˜aerodynamically-challengedâ€™ (non-flyer), he supports all of my taildragginâ€™ activities, and doesnâ€™t even mind if I go play with my aviation friends for one week every year in Oshkosh.

One of these years, Iâ€™ll get him to tag along. 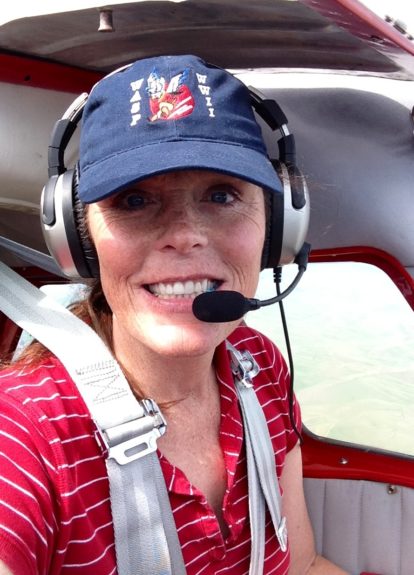