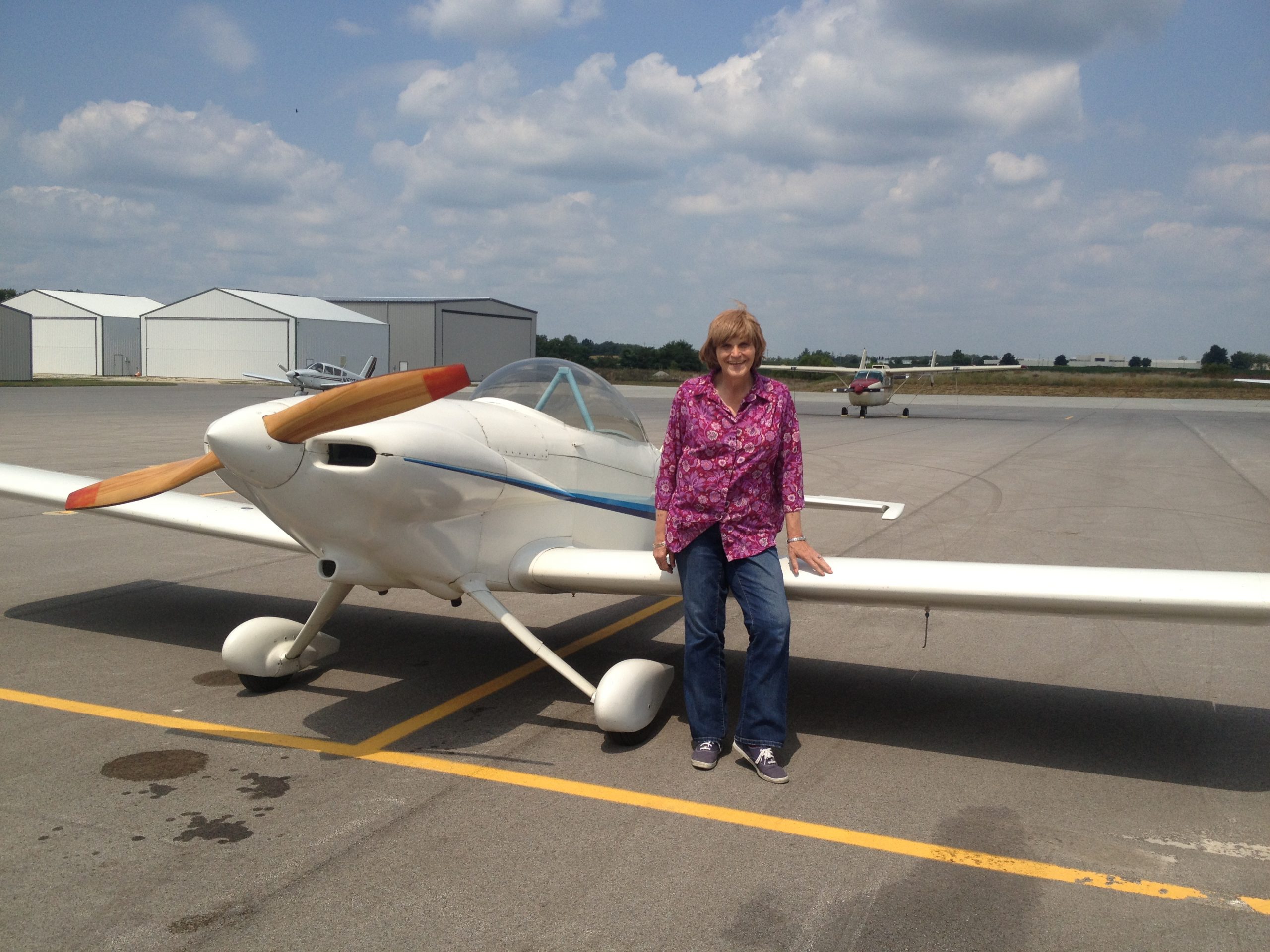 Janet Barger is based at KBFR,Â Virgil I Grissom Municipal Airport, Bedford, Indiana. 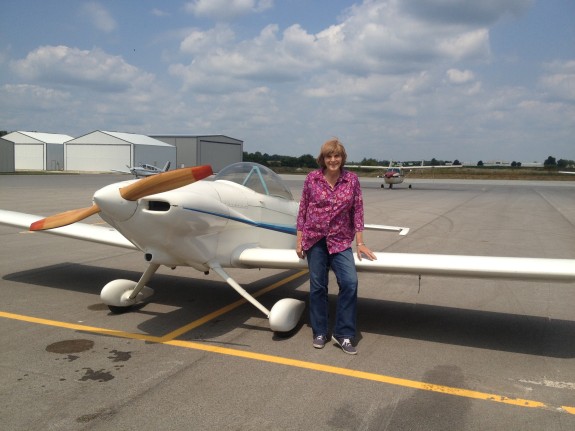 You asked why I fly taildraggers? I have thought on that for two days now, and the only answer that seems to make real sense is “It’s far easier to fly one than try and taxi it.” 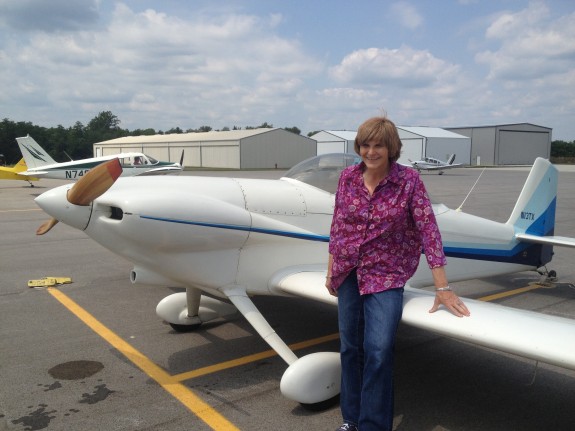 During the war, my grandmother was a “Rosie the Riveter.” She assured me that women did a much better job of building airplanes, but the wisdom of actually leaving the ground in one was subject to doubt.

When I was in high school a friend and I hiked to the local airport to look at airplanes. What a surprise that was. I found that all the little airplanes there were covered with metal, and the little wheel was in the wrong place…what a disappointment! We walked by the mechanic’s shop, noticed the photos the mechanics had posted and found that they did not like to use fabric covering for women either. 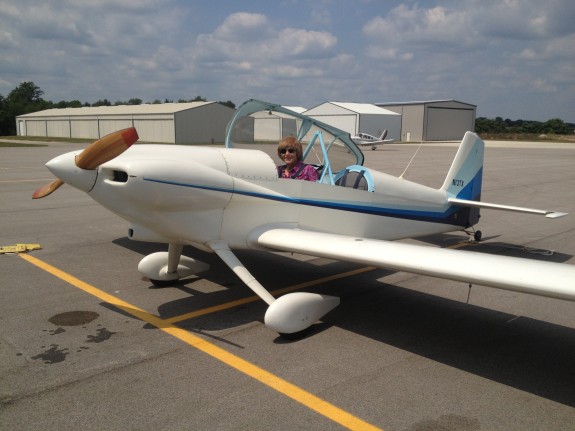 Janet and her RV4

We were quickly out of the shop and back into the hanger. I returned home disappointed that the airplanes I had read about were not in production now, and it might be hard to find a mechanic who had his mind on airplanes. 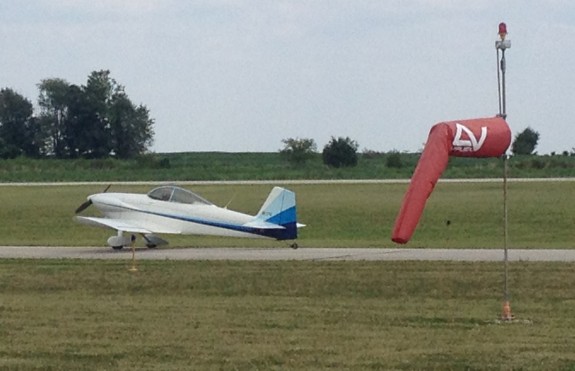 Lunch with the 99s at Putnum County Airport. Taxiing to runway 18.

Funny, I never thought of myself as a taildragger pilot until I noticed on a BFR the instructor told me to do a touch and go. I landed, raised the flaps, re-trimmed, added power, took off, and then noticed I had forgotten to let the nosewheel touch the ground 🙂