I’d like everybody to meet Janine Shepherd, an athlete, a pilot, an aerobatics instructor, an author AND a lady taildragger pilot. In fact, I’d like to meet Janine Shepherd myself and let some of her amazing positive energy rub off on me! Â She is one determined lady who found out the hard way what it takes to persevere, and, in the process, became an inspiration to everyone. 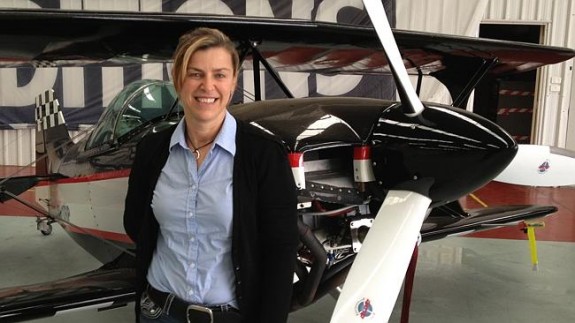 Janine was as the top of her game back in 1986, an Australian who had achieved success on the world cross-country skiing circuit. She was training with the Canadians for the 1988 Winter Olympics in Calgary, cycling through the Blue Mountains of New South Wales as part of her training. Without warning, she was struck by a delivery truck, suffered massive injuries including a broken neck, 5 broken ribs and collarbone and massive internal injuries. She had severe lacerations and lost five litres of blood. Doctors were not sure she would live – but live she did. She pulled through but was rendered a partial paraplegic. Her prognosis was dire but incredibly, she learned to walk again. Janine might have been dealt a really bad hand but she had other plans. In less than a year after her accident she learned to fly! 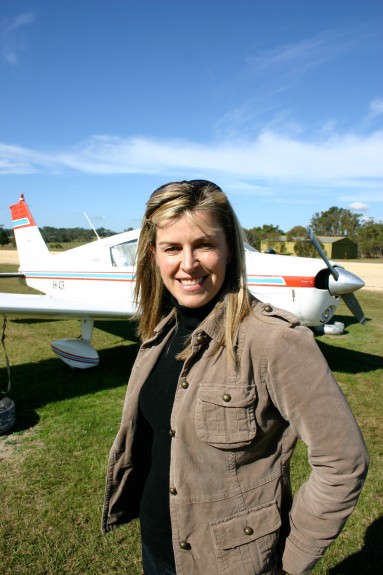 DoctorsÂ warned her parents that she was not expected to survive her ordeal. Even if by some small chance she recovered, she would never walk again.

Coming to terms with her shattered Olympic dreams, refusing to believe what expert medical staff were telling her about her chances of any kind of recovery, Janine focused every sinew of her being on healing her broken body and crushed morale.

Her fighting spirit was rekindled watching small planes flying overhead. She made a decision: â€œ If I canâ€™t walk, Iâ€™ll fly.â€ And fly she did. While still covered in a full body plaster cast, Janine was lifted into an aircraft for her first flight. That moment changed her life forever.

Within a year she had her private pilotâ€™s licence. Despite remaining a partial paraplegic and with many physical challenges still ahead, she battled on to gain her commercial pilots licence, her Instrument rating, her twin engine rating, and her Instructorâ€™s rating. She then went on to become a fully qualified aerobatics instructor.

And if any of you Down Under gals know Janine, tell her we need her to join LadiesLoveTaildraggers!!

There’s no way not to love that spirit!! 🙂