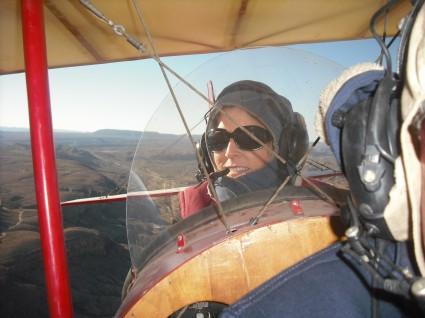 A rare opportunity, I am flying with my instructor in his open cockpit Pietenpol

I’m a 45 year old schoolmarm in Terlingua, Texas. I have always had a fascination with flying and knew that someday I wanted to become a pilot. Before moving to west Texas it seemed there was never enough time or money to tackle my dream. Over dinner one evening about 3 years ago, I told my pilot friend that he needed to get his CFI certification so he could teach me to fly. Much to my surprise he informed me that he already WAS a CFI, and we needed to get started. 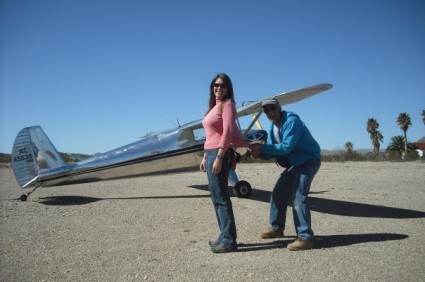 My instructor cuts my shirttail after I solo in hisÂ Luscombe

So it began and ended up being a two year process as I had time and money to fly. My first 20 hours were in a 1947 Luscombe 8A. I struggled and struggled with landings. When I went to take my written test, the airport manager asked what I was flying and seemed impressed when I told him. He informed me that taildraggers were harder to land. All that time, I just thought I was a slow learner. 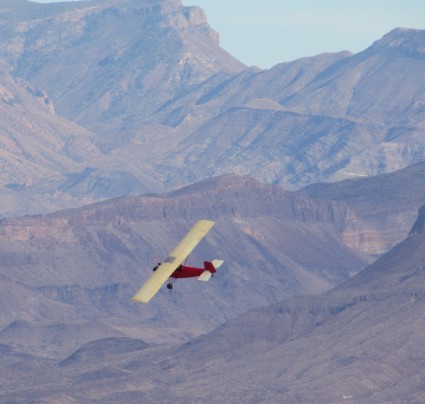 The Pietenpol with the Chisos Mountains of Big Bend National Park in the background gives an idea of the area I fly in. I’m the luckiest girl!

I am currently part owner of a Cessna 172, but my heart still belongs to the Luscombe (even though it belongs to another). What a beauty! I have been lucky enough to fly several other taildraggers including a Piper Cub and an open cockpit Pietenpol belonging to my instructor friend. 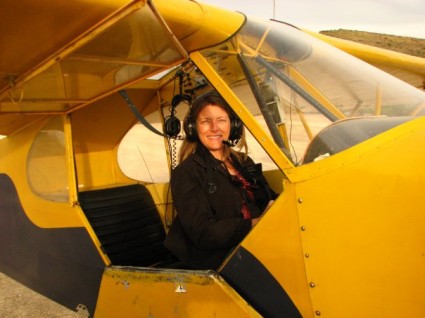 My first lesson was in the Piper Cub

The majority of my training took place out of a little one way dirt strip in the mountainous Big Bend Country of Texas. As I got close to finishing up my training, my instructor referred me to Jean Oâ€™Cuilinn, a CFI in a nearby town, who helped me polish up my maneuvers for my check ride. Jean and I have become good friends and I am going to get a chance to fly with her in her awesome Super Decathlon soon (And will be coming to the Savannah, Tennessee LLT Fly-In in it). I have met so many interesting people and had so much fun with flying. I still canâ€™t believe how everything fell into place, especially since I live in such a small town.

See you in June,
Jen PeÃ±a