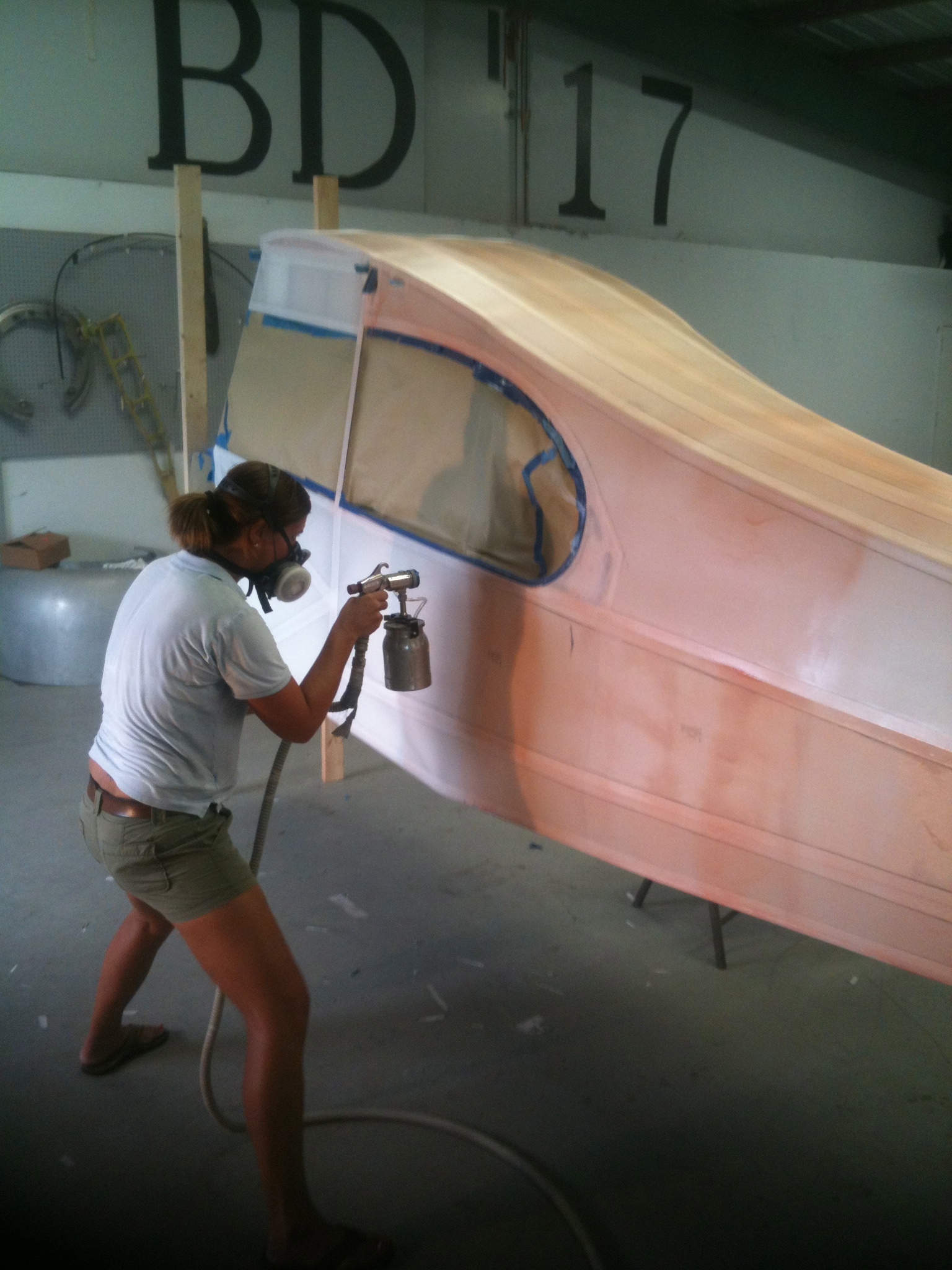 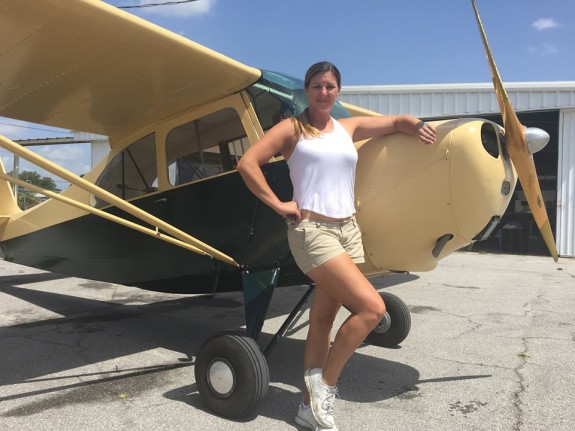 Greetings All! My name is Jill Manka. Before 2006, I thought the only use for an airplane was to take me from one meeting to another. Most of my life was spent in airports and on big airliners as a passenger. I grew up at Chanute Air Force Base in Rantoul, IL. As a young girl, I remember the excitement of the annual airshow the base would put on and will never forget the first time I saw a C-5 at 9, stating…””We can fit the WHOLE TOWN in this airplane!”” Our community was blessed with the close proximity of the Frasca Family in Urbana, IL. That fateful day in 2006, the American Barnstormers were on their first 9 city, 5 state tour. Frasca Field was the third stop on the tour. I was working for a local convention and visitors bureau, and helped with some of the pre-stop marketing. That morning, July 19, 2006, 21 vintage biplanes flew in to Rudy Frasca’s grass field. One pilot in particular took an interest in me, and I in him. He shared with me my first open cockpit biplane ride as a thank you for my marketing efforts. That 10 minute ride changed my life. 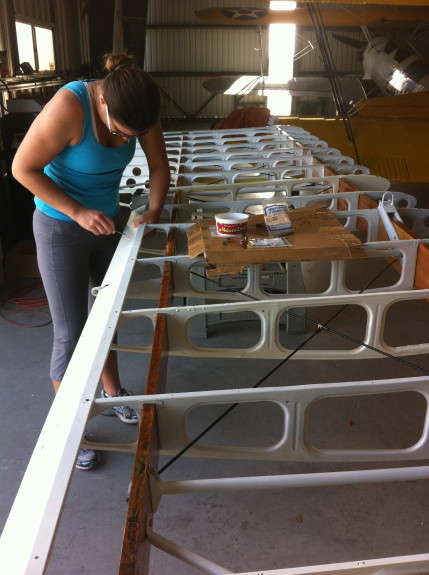 Six months later, I moved to Florida, and began what has become one of the most meaningful experiences of my life. That pilot was Rob Lock, with his company, Waldo Wright’s Flying Service. He has provided open cockpit biplane rides in his New Standard D-25s and Stearman at Fantasy of Flight, Sun N Fun, the Airzoo, and other venues nationwide for the past 15 years-the most recent 9 I have been fortunate enough to be by his side. My introduction to general aviation was through vintage aircraft. Working alongside Rob, and eventually meeting and being around Kermit Weeks’ collection, has been an aviatrix’s dream. When surrounded by such incredible aircraft and talent on a daily basis, how can one resist the urge to take flight? 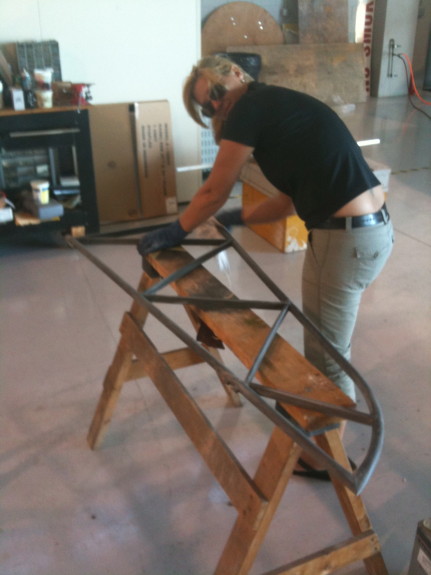 In 2007, I began my formal flight instruction. I soloed a Cessna 172 in December of 2007, but then a light bulb went off. I didn’t want to fly nosewheel, and I didn’t want to build time in an aircraft I wasn’t passionate about. After that solo, I decided I wanted to restore. Many of the pilots I had huge respect for told me they had their first experiences in the Champ. How could I argue with who I considered experts? 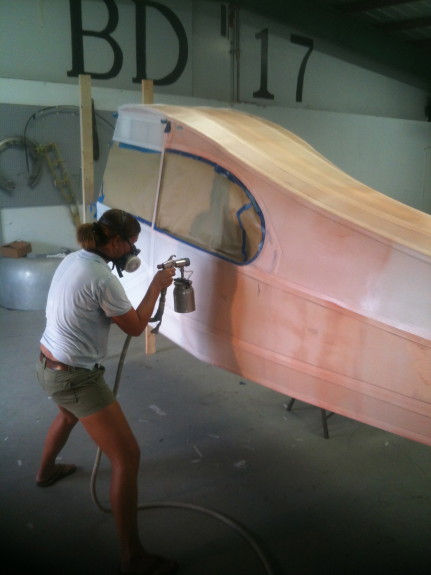 So in 2009, Rob and I acquired my 1946 Aeronca Champ….frame up assembly required. Over the course of the past 5 years, you go through moments where you think you will never finish. “”Just do a little every day, and before you know it, you’re done.”” That was the motto for the project. Toward the end of restoration, dear friends Steve and Joanne Alcorn took an interest in my flying career. They helped me complete my private license in a Cessna 150. It wasn’t a tailwheel, but the lighter weight Cessna ended up being a great trainer for the Champ. 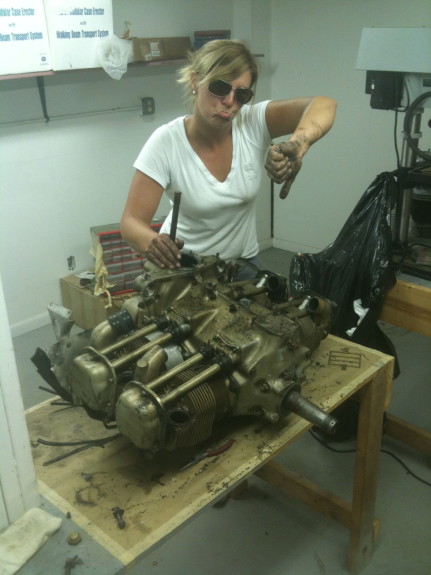 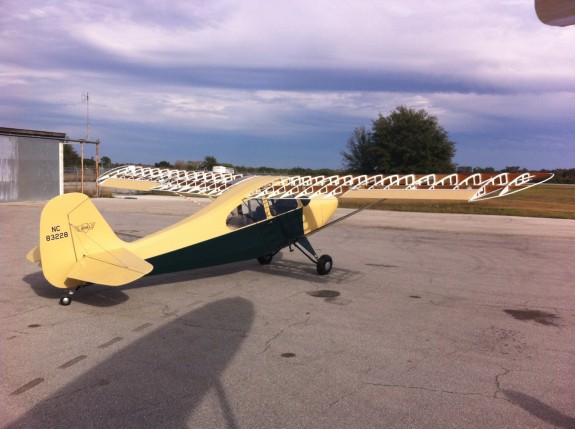 I kept telling Rob that he was just dragging his feet through our restoration at times because he knew once the plane was finished he would never see me again. That may prove to be true, with such a nice flying aircraft! Along the way, I can thank SO many for my experience thus far. My experience with vintage aviation is one of community, support, loyalty, and passion. 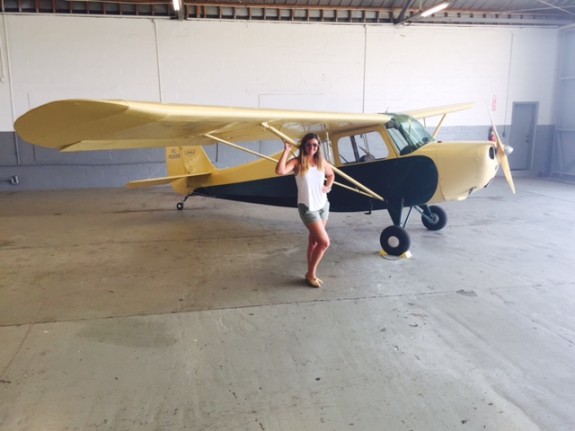