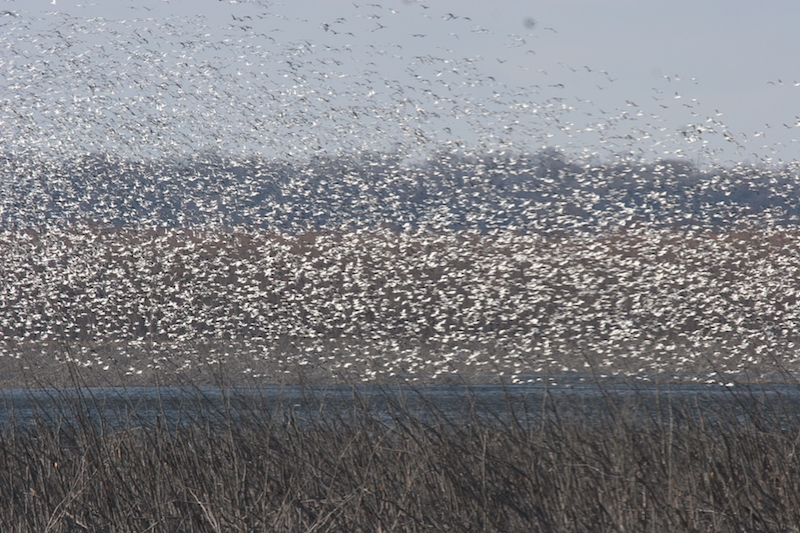 Here’s a fly-in that is so far removed from the typical summer fly-in, so awesome, I have to fly there. If you are located anywhere in the Midwest please read up. I think you’ll agree and decide you’ve got to join me in the tiny town of Havana, Illinois on Saturday, MarchÂ 11, 2017. Yes, yes, I know…. hundreds of thousands of migratory birds flying in the same area as our destination isn’t a match made in heaven. Airplanes and birds don’t mix. But don’t give up so easily…. read on, then commit to joining me at 9I0, or better yet at KPIA Peoria, Illinois, the evening before. We’ll have dinner, overnight at the Stoney Creek Inn, then fly to 9I0 the next morning. Leave a comment or email LadyTaildraggers@gmail.com. All pilots welcome. Havana Regional, 9I0, is a 2235′ x 100 ft. 9/27, publically owned grass strip. Thank you General Aviation News and the RAF!

For pilots looking for something different,Â the city of Havana, Illinois, and the Recreational Aviation Foundation have come up with the first-ever Migratory Bird Fly-in and Photo Shoot.

For pilots looking for something different,Â the city of Havana, Illinois, and the Recreational Aviation Foundation have come up with the first-ever Migratory Bird Fly-in and Photo Shoot.

Slated for March 11, 2017, the fly-in will allow pilots to get up close to hundreds of thousands of migrating birds, according to officials.

According to RAF officials, the associationâ€™s state liaisons are tasked with promoting recreational destinations unique to their areas. TheÂ IllinoisÂ liaison, Mike Purpura, found this one â€” along with lots of support from city officials.

The airport in Havana (9I0 â€“ Thatâ€™s nine-india-zero) is a small grass airport in the Midwest with mogas and a great pilot lounge, he reports.

â€œHavana is an old river town, rich in history,â€ he said. â€œIt was a vital port on the Illinois river in bygone days. During Prohibition, Chicago gangsters would drop in to gamble and hunt ducks. Now it is home to the Emiquon Wildlife Refuge, Asian jumping carp, brick-paved streets, warm-hearted people, and good food.â€

According to RAF officials, Mayor Brenda Stadsholt and other city officialsÂ recognize the importance of aviation in Havanaâ€™s community and are taking steps through this one-of-a-kindÂ event to increase activities at the airport. Canada geese, snow geese, trumpeter swans, pelicans and ducks numbering in the hundreds to hundreds of thousands are expected to be at the refuge.

â€œThis is an unforgettable North American animal migration that must be seen to be believed,â€ officials note. Pilots should arrive atÂ Havana Regional Airport (9I0) by 9 a.m. TheyÂ will be transported to the Emiquon Wildlife Refuge, where theyÂ will have an opportunity to photograph these birds. A wildlife biologist will explain the ecosystem that supports them, their habits and migratory patterns.

City officials also promise to do their bestÂ to get pilots and passengers close to the numerous species of birds that can form flocks of 100,000 to 500,000 birds.

After lunch at a local restaurant, pilotsÂ will be returned to the airport for theirÂ flights home.

According to RAF officials,Â 100LL is available at nearby fields. Mogas is available for purchase on the honor system with a check at the Havana airport.

A $20 donation to the Havana Aviation Event Fund is welcome.

RAF officials advise pilots that â€œweather and birds are unpredictable, so dress appropriately and be prepared.â€

Pilots are asked to RSVP by March 5 toÂ HavanaIL@grics.net.Â Write BIRDS in the subject line.