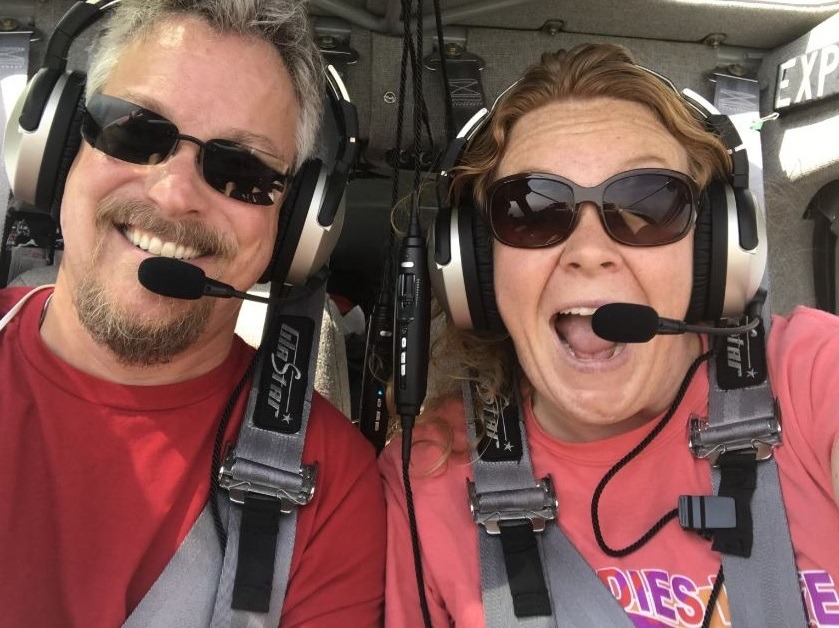 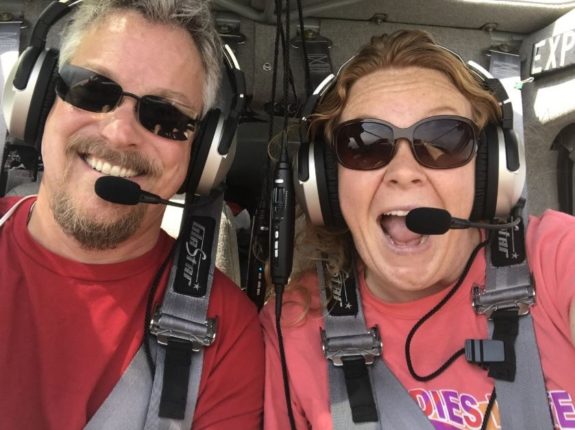 How I met Julia is my “favorite story.” I’d moved back to Colorado a few months before, was working in the emergency department one evening and signed up for a straightforward patient with a hand laceration – a gentleman who had cut his hand on some dishes. I introduced myself and got down to the business of sewing him up, and noticed his female companion had a shirt with Elmendorf Air Force Base.

While making small talk, I asked about her shirt, and she told me she was an aviation photographer and had been up for a photoshoot. We spent the rest of the time talking about aviation, as I’d been a pilot since my teens, and photography – as we both are aviation photographers. We joked that the 1 inch laceration took about 45 minutes to sew up, and apparently I pissed off her boyfriend who complained to her that “the doc spent all his time talking airplanes with you.” 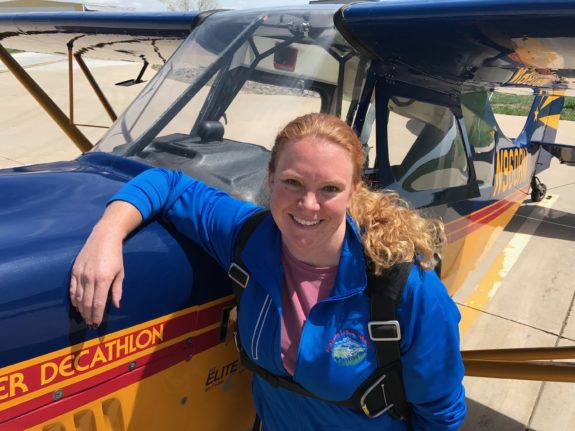 She gave me a note with her contact info, to stay in touch and see if our schedules would allow us to do some photography at some time. I remember walking out of the room thinking “WOW! What an amazing person. I wish I had someone like that in my life.” And I promptly threw my clothes in the wash when I got home and destroyed the note by accident.

Fast forward the better part of a year, and I was laid up with a broken leg. All I could do was hang out on the couch and surf the internet. On an aviation photography site, I came across some great images, and looked at the profile thinking “Isn’t that the woman I met…?” An email later – it was. 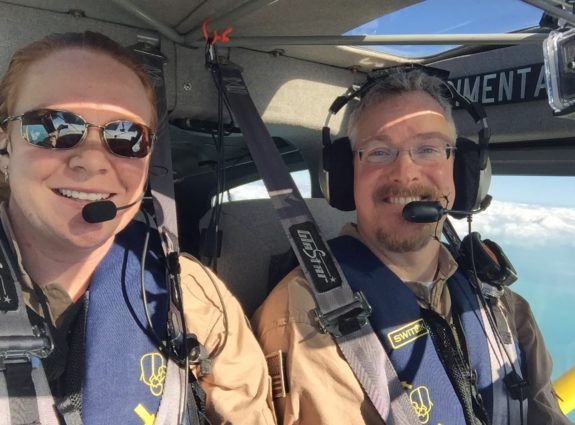 A year or so went by of us exchanging emails every few weeks. “I’m going to this airshow, what about you?” “Suggestions on trying to capture this image.” Things evolved. Her boyfriend was no longer in the picture, and I had gotten divorced. Of course, in the meantime she had decided to join the Navy, which put a crimp in things. That summer was our first Oshkosh of many flyins together. We did the long distance thing throughout her Navy time, traveling and flying as able.

When she was transferring from a base in California to Seattle, we planned the trip around the Reno Air Races in 2011. When the P-51 went into the stands, and chaos ensued, we turned to each other, took a deep breath… and before I could get the words out, she was articulating a clear plan: “I’ve got our camera gear, you go help, I’ll meet you over there when it’s all over.” And I’m running down the flight line, thinking, again, “What an amazing person!” After securing the gear, she stepped up and helped care for the walking wounded streaming from the stands. Later the US Navy recognized her efforts that day. 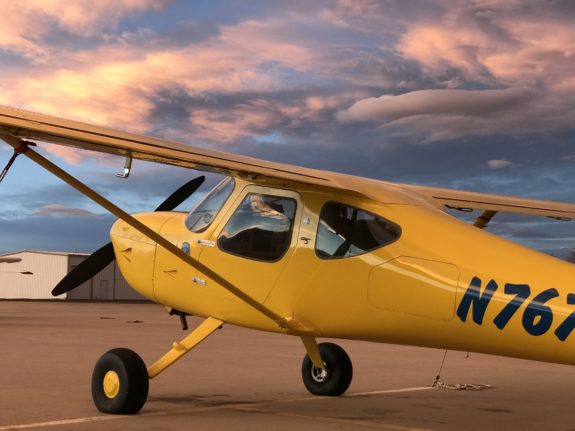 The following summer I proposed, and 6 months later we eloped on the spur of the moment. That was over 5 years ago. Since then Julia finished her ticket and started flying aerobatics. She’s currently working on her instrument and commercial ratings. We’ve flown our Glastar to a bunch of airshows, as well as down through the Caribbean, and won the 2016 Canadian Governor General’s Cup in Aviation. We acquired a 1947 Stampe SV-4C biplane that Julia is restoring. Last summer we realized our dream to live on an airpark. And we continue to photograph airplanes 😉