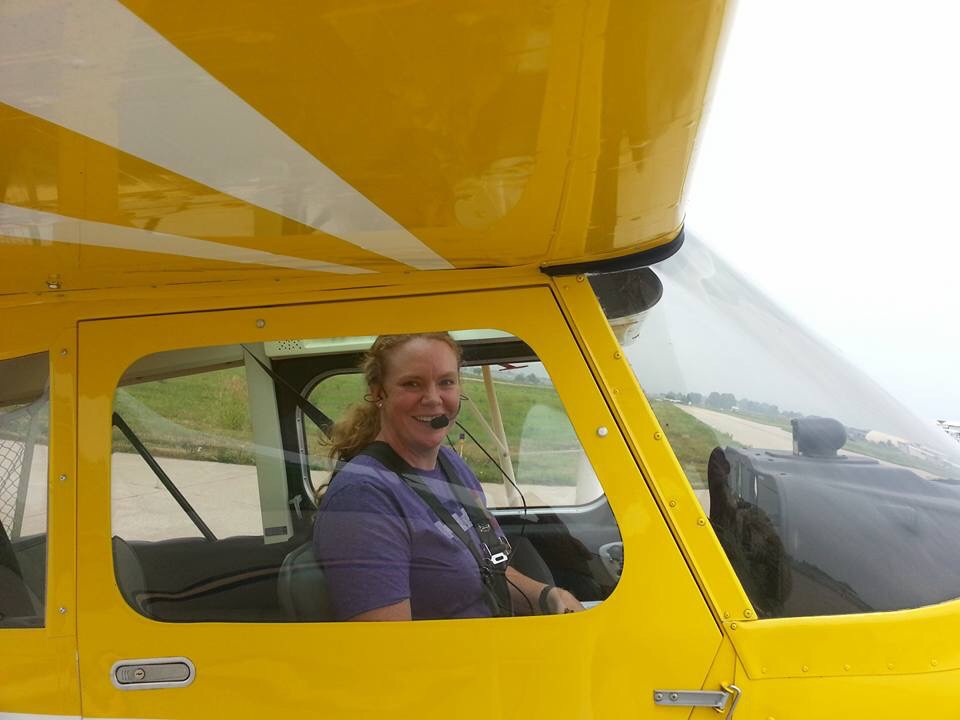 Congratulations to Julia Kirchenbauer! Here is her awesome update.

Julia is based at KFTG, Front Range Airport,Â Denver, Colorado. 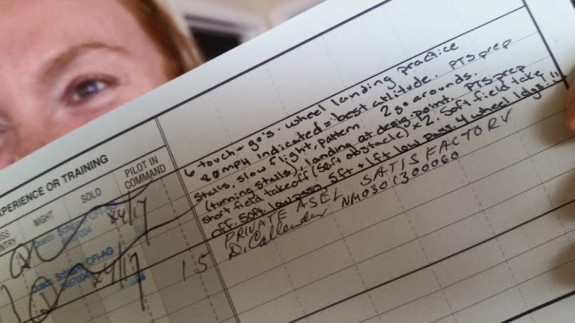 Aug 26 was a very exciting day! ASEL check ride completed… In a tailwheel of course! In almost 70 hrs of flying, I have 4 total hours nose wheel (all logged over 4 years ago)! 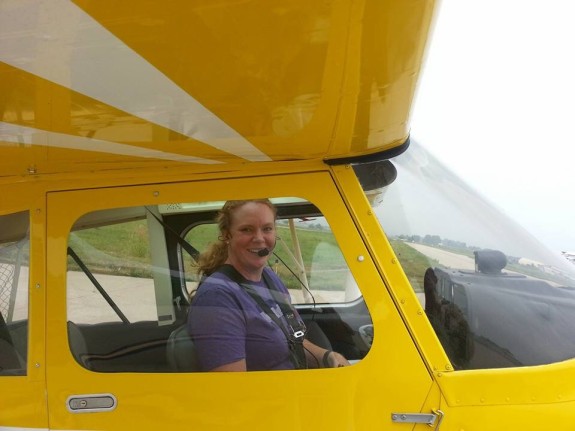 Completing my ticket has been a work in progress for nearly 5 years. I started flying lessons while I was in the US Navy and had a large number of set backs each time I would hit the ground running. From temporary closure and eventual permanent closure of the Navy Flying Club on base, to detachments at other Naval Air Stations and the USS Carl Vinson. The road was challenging but I managed to log a few hours here and there. Some of my first hours in my logbook include time in a Pitts S2C, a PT-17 Stearman, and a BT-13 (WWII Basic Trainer).

Fast forward a few years to the fall of 2014, the end of my Navy contract. I returned home to Colorado and was surrounded by aviation nerds. Included in those nerds are Gail and Doedo Schipper (Gail is a fellow LLT). It was Doedo’s suggestion to train in a tailwheel, as ultimately I will be flying our 2004 Stoddard Hamilton Glastar N767JA (tailwheel) and our replica WWI Sopwith Camel bi-plane (current build project).

It just so happens that KLMO, their home base, has a flying school (Fly Elite Aviation) with several tail wheel aircraft available to complete primary training in! Conveniently Doedo also happens to be a tailwheel instructor there. 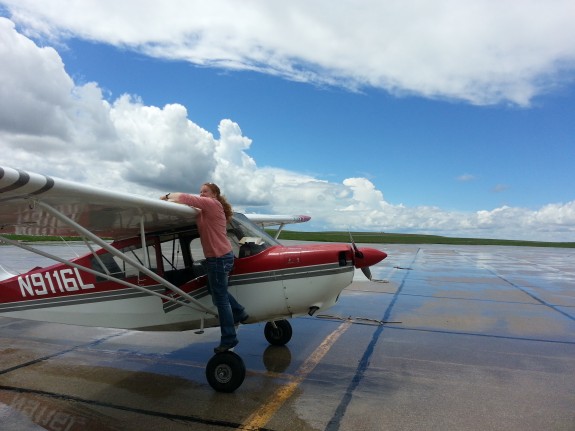 The stars finally aligned and I have logged 24.8 hours since November. Most of those hours were in the schools 1970 7GCBC Citabria, N9116L. Also included in those hours was a stall and spin recovery training flight with aerobatic pilot Dagmar Kress in her beautiful Pitts S2C. Last weekend Doedo suggested I fly the school’s 2004 7GCAA Citabria N519MA. What a delight after flying N9116L, with the added challenge of no flaps! Yesterday, July 9, 2015, I soloed for the first time and logged my first 0.8hrs and 3 landings as Pilot in Command of N519MA at KLMO. I made it this far, there is nothing holding me back from completing the remainder of my requirements and my check ride!

There isn’t enough room in this block to list and thank all of the people that have supported me, inspired me, pushed me and taught me! I know I could not have done it without them all.

I am looking forward to meeting a bunch of fellow LLT’s at Oshkosh this year.