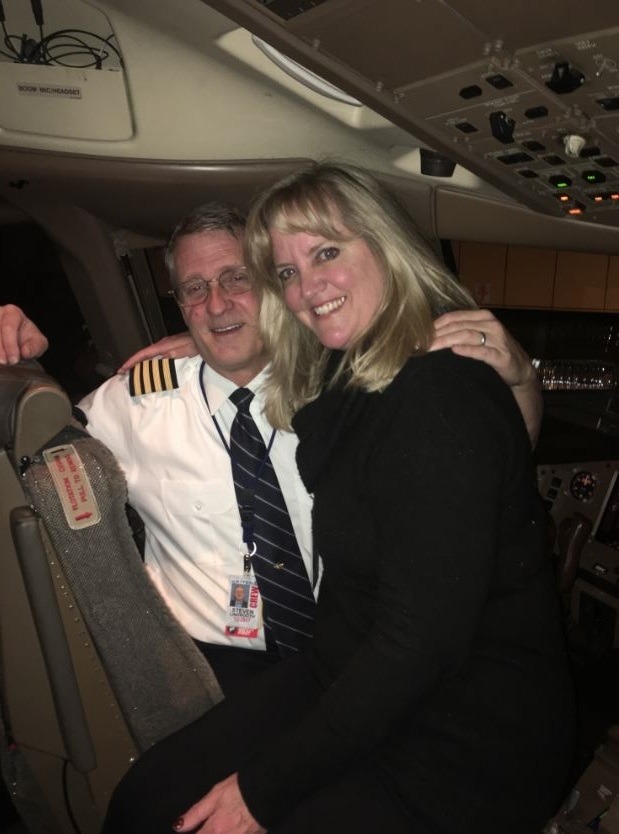 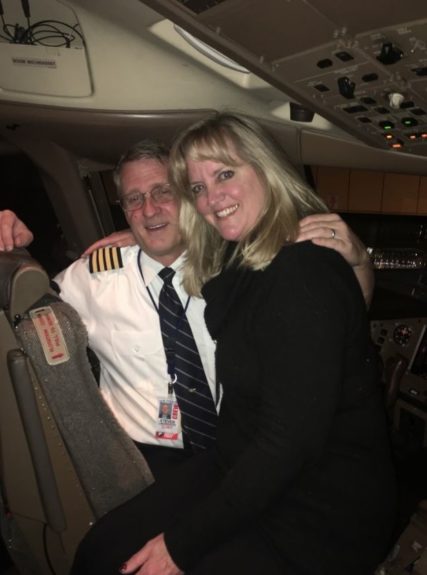 Juliet and Steve Lindrooth,Â us on our way to Tel Aviv in 2016.

I was fairly new to my job at American Airlines and so I had not yet officially moved across the country to my New York Base. I was still living in California, so commuting was quite the painful process. I got in very late one night from a trip. 2am I think. I wanted to commute home on the 10am AA flight out of JFK . I woke up at 10 am, so that flight was not going to work. I called a cab and waited. The cab showed up too late to get the 11:30 AA flight home too. At that moment, a United Flight Attendant asked if we could share the cab to JFK. I said yes. She asked where I was going and I said LA. She was the lead flight attendant on that flight. 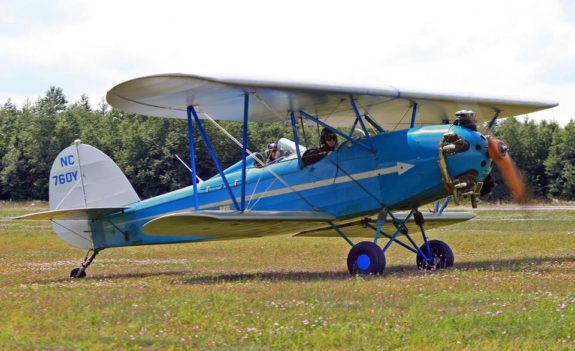 She promised me that I could sit in first class and sleep. I was so grateful. I get to the gate to find out the flight is suddenly oversold. American cancelled their 11:30 flight. I walked down to the cockpit and asked the Captain for a jumpseat. Of course he said yes. We talked all the way across the country and when we landed in LA he asked for my phone number. About 3 weeks later, we had our first date. We married 3 years after we met and it’s been quite the wonderful ride ever since. We are the proud owners of a Brunner Winkle Bird and we fly for a vintage museum in Eagles Mere in the summer.