Just because it’s got a wheel on the tail, doesn’t make it a taildragger

Dec 2017 Just because it’s got a wheel on the tail, doesn’t make it a taildragger

Some things just throw me for a loop …. and I’m not talking ground loop. I’m sure you’ve been there too. You read or see something and get an instant gut reaction that hollers “This is just wrong”. One of those moments happened to me recently when I read an article on GANews by Dan Johnson titled “Affordable taildraggers you can fly with little fear“.Â  Sounded pretty awesome so I read on.

The article presented a Kolb aircraft, 4th in line to the most successful homebuilt kit aircraft ever produced; #1 Vans RVs, #2 Rans, #3 Kitfox followed by #4 Kolb Aircraft. 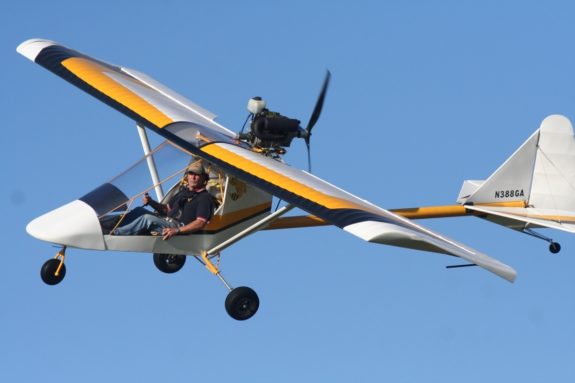 Kolb’s Firestar II. Notice it has a nosewheel. Oh yes, and that tiny tailwheel too.

The Tennessee based company, Kolb Aircraft, produces light kit aircraft, mostly taildraggers, and has been very successful. Kolb has been around since 1980 and is known to be the best structurally engineered ultralight of the time. Dan’s article explains their market has been ‘taildragger pilots’ but the market has changed – fewer and fewer pilots are able to fly taildraggers. And there lies the problem. We need more tailwheel pilots!That we can all agree on.

I don’t, however, recommend the Firestar II to learn tailwheel flying. Putting a little wheel on the rear-skid of a nosewheel aircraft doesn’t make it a tailwheel aircraft. With the center of gravity (CG) and the mass of the airplane ahead of the main gear, it will not handle like a true taildragger. This can only be a novelty for Kolb and if it sells more aircraft, even better for Kolb. But if someone thinks their sole experience flying this aircraft qualifies them to fly a real taildragger, they will be sorely mistaken. A tailwheel aircraft has the CG/aircraft mass, behind the main gear. Unlike a nosewheel airplane, it is not self-correcting on landing. The skill of flying a tailwheel aircraft comes down to providing stability to an aircraft that has natural divergent stability. In a taildragger, the pilot provides that stability. The Firestar II cannot teach that because of its forward CG location.

But I agree, this is surely a fun aircraft to fly. If there is danger, it comes when someone thinks it handles the same as a Cub, Champ or Luscombe and they’ve not yet developed the requisite tailwheel skills necessary.