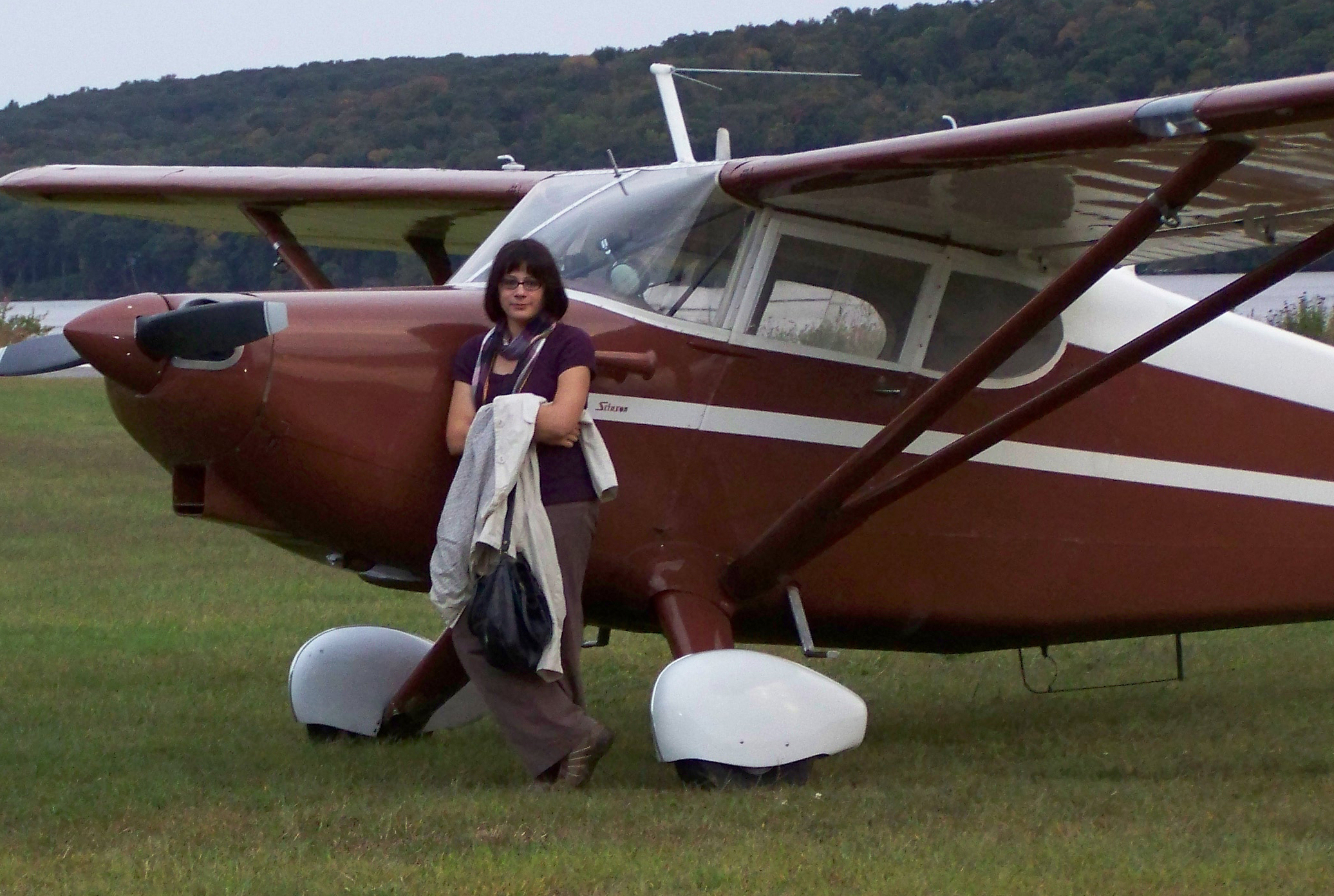 Justine Haupt is based at KHWV,Â Brookhaven Airport, Shirley, NY. 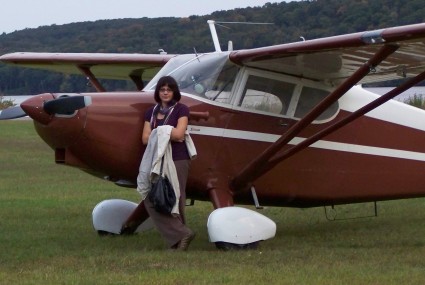 Justine and her very own Stinson Voyager

I got my private rating in a Cessna 152 my senior year of high school, in 2004 . I planned to become a commercial pilot but my career path changed and I essentially stopped flying for a few years. I decided I would get back into it when I could afford my own plane (specifically, a Stinson). 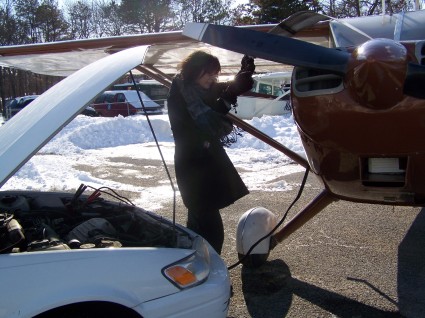 Hey, its cold in New York!

In the spring of 2010 I bought my 1947 Stinson Voyager, and I’ve been having more fun in it than I’ve ever had in a tricycle gear plane! At the moment I’m learning to fly gliders, and I hope to get my instrument and commercial ratings in the future. 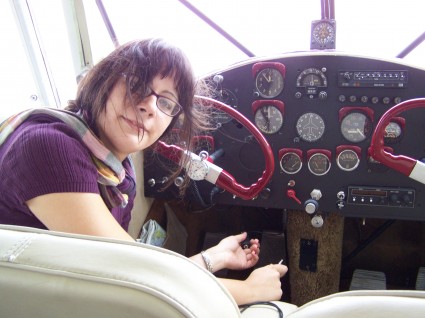 Justine in her ’47 Voyager

“Justine, we’re all impressed. Your own 4 place at 24 years old – and one of the queens of taildraggers to boot! You’ve got it together, kido!” Â Judy