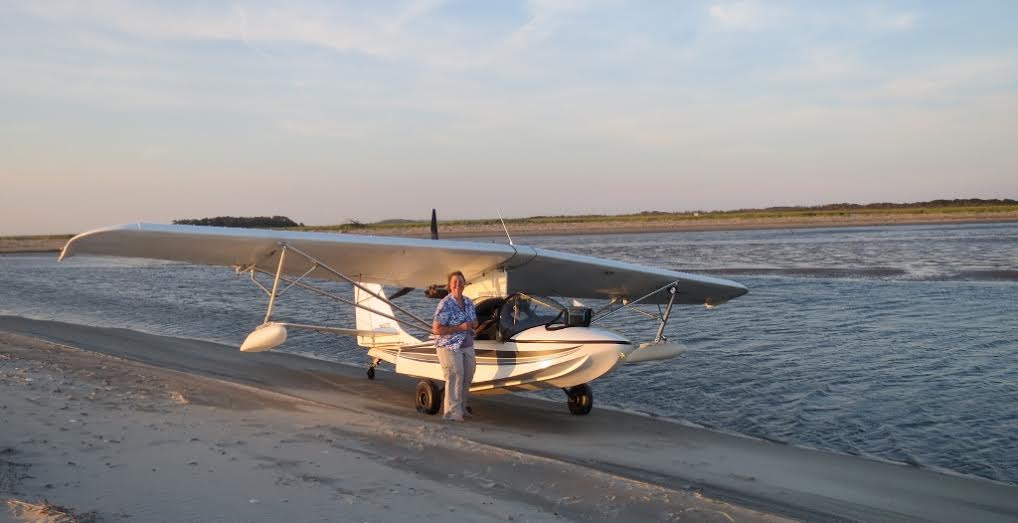 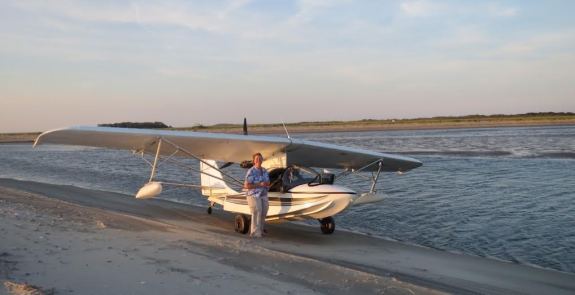 This was taken on Stingaree Point Cove in the Virginia Outer Banks â€“ a place completely inaccessible except by boat or plane, and the boat wouldnâ€™t be that easy.

I am a student sport pilot (stage two check next week, will probably be taking my check ride before the end of the month). I primarily fly a Tecnam Eaglet, which is a high-wing tricycle gear light sport aircraft, but I have also logged some time in my flight school’s Searey, a amphibious light sport that is configured as a taildragger when doing runway landings. After I get my light sport SEL ticket, my next intention is to get both conventional gear endorsement and SES rating in the Searey, and then complete my private pilot license. I am also shopping for an airplane, and several taildraggers are on my list. 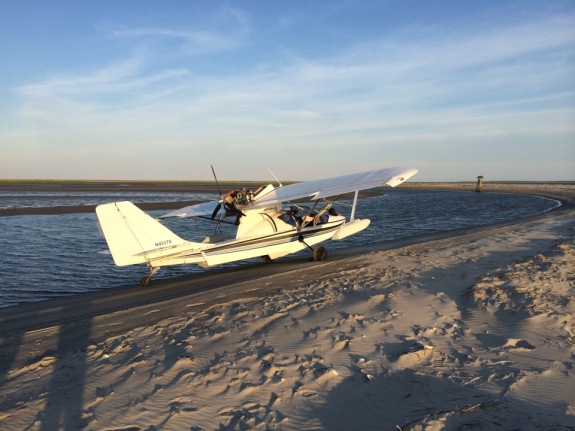 I am 56 years old, and began flying 14 months ago. This is the fulfillment of a dream held by a much younger me that was put on hold as I finished my education, married and raised two daughters, and finally went through a divorce. It is a cliche that many people utter but is quite true in my case — flying has changed my life and I will never be the same person that I was before I took that stick in my hand the first time. I live on the Chesapeake Bay’s Delmarva Peninsula, and there is no finer place in the world to fly either land or sea planes than my home airport, W29 Bay Bridge in Queen Anne’s Co, MD.