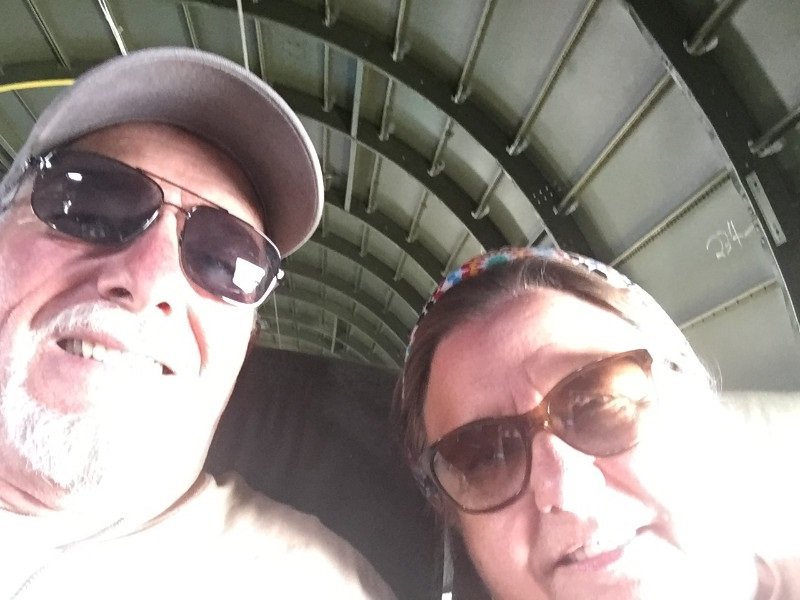 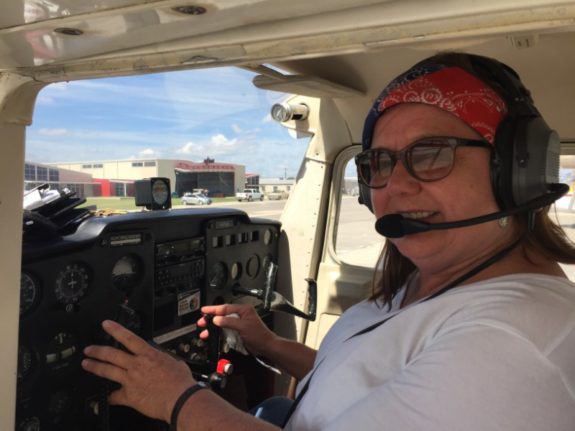 Here I am soloing for the second time, 47 years later. My Fly Boy was up in the tower watching.

My love of flying started when I was a child watching Sky King. I didn’t want to be like his niece, I wanted to fly his airplane!

My dad became a private pilot and my very first airplane ride was in a Piper Colt. From then on I was hooked. For my eighteenth birthday he gave me a logbook and a flying lesson. I could only afford one lesson every two to three weeks. I soloed for the first time on April Fools Day 1970, in a strong crosswind. I ran out of money and had to stop lessons. 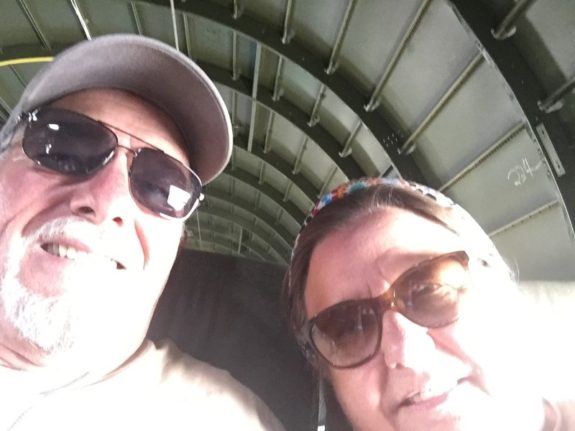 My Fly Boy and I are inside Blue Bonnet Belle, a Commemorative Air Force C-47.

A year later, I started taking ground school at the local Junior College. I was the only lady there. I met my husband in that class and we were married June 12, 1971. A couple of days later we took our private written and both flunked. Our first airplane was a 1946 Luscombe 8A, hence my love affair with taildraggers!!! We had to sell it in 1976. In 1981 we bought a Piper Tri-Pacer and had to sell it in 1986. Just after our 45th wedding anniversary we bought a Cessna 150G. I started lessons just before our 46th anniversary. 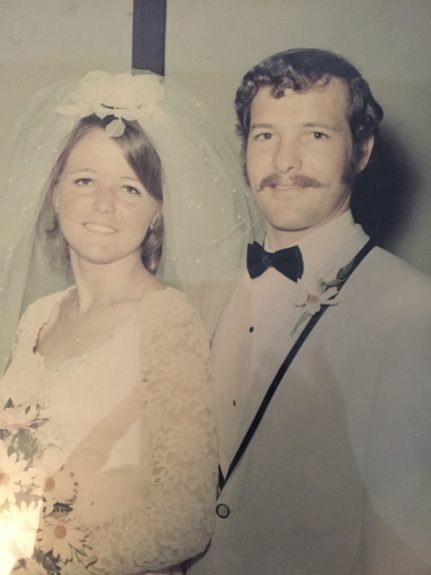 Feb 8, 2018 I flew solo cross country, to my lesson, for the first time. My Fly Boy was a nervous wreck. He told everyone that his Little Chickadee flew off without him. My plan is to have my private pilot before our 47th anniversary. I feel so blessed to have met my Fly Boy and that we share not only a love for each other,but for flying also!

My Fly Boy is 74 and his Little Chickadee is 66. I can hardly wait for the next chapter in our life together…….flying all over the place together in our fourth airplane, a taildragger!!!Â  Kathy