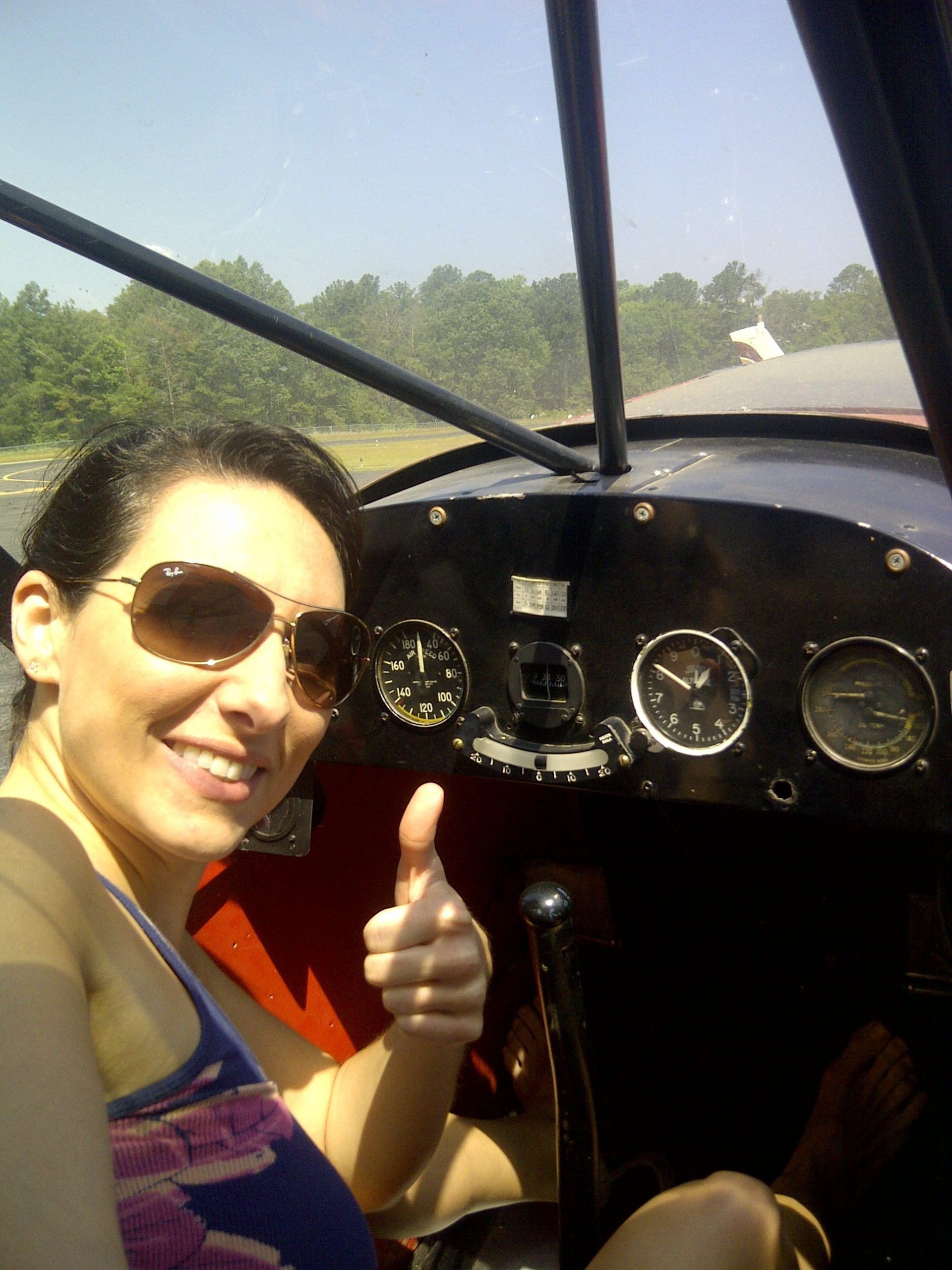 My husband completed his private pilot’s license in December 2011, and took me up for a ride as his first passenger, which was only my 2nd time ever being in a small plane. 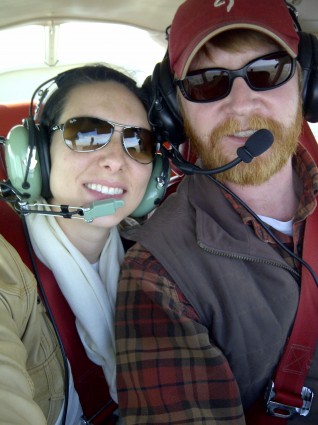 First ride with my husband, Jason, after he completed his license in December 2011

I immediately started asking questions about what the different gauges did and what he was doing. After kindly answering several of my questions, he became aggravated with my incessant questioning and told me that if I was so interested, then I should go learn to fly. So, that’s exactly what I did! Â Less than six months later, in June 2012, I was the one taking him for a ride! 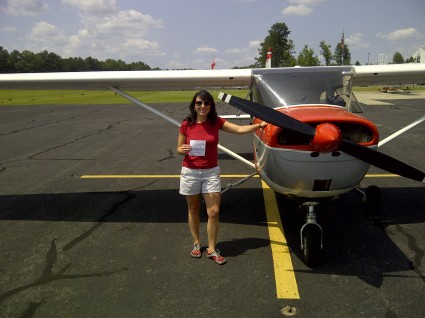 I am what you would call an “eternal student” – always with a thirst for knowledge and wanting to learn more. Even before completing my license, I had spotted my CFI’s Super Cub in the back of the hangar that needed some wing skin repair before being air-worthy again. I’m not exactly sure what it is about a taildragger that is so appealing, but she almost sings to you, drawing you in to her – like the sirens of Greek mythology that sang the sailors to them. And even before completing my license, I was begging my CFI to get the Super Cub repaired so that I could get my tail-wheel endorsement. It took a good bit of harassing, but he did get her fixed, and shortly after completing my license, we took her up! However, we only got in one lesson before life took over and the tail-wheel endorsement had to be put on hold for a while. 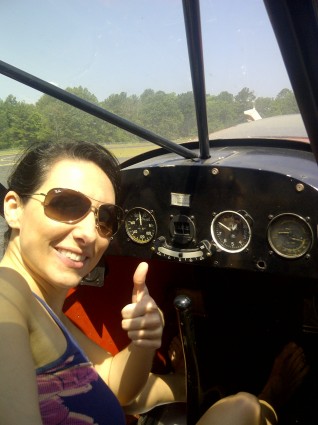 My first lesson in the Super Cub!

In the meantime, my husband and I came across a Cherokee 180 that fit the bill for what we needed to travel to see family. I know, not a taildragger, but more economical and efficient for what we need right now. But we both still drool over all things with a wheel under the tail, and hope to add one to our “fleet” in the future. In the meantime, my most immediate goal is to get my tail-wheel endorsement finished up this spring and rent a taildragger to play in this summer. 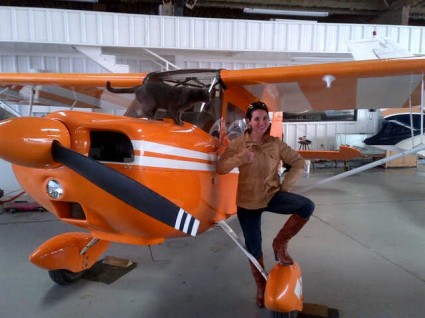 A beautiful little Citabria I came across while at a stop in Mississippi (it was apparently one of the airport cat’s favorites too!)

I also hope to obtain my instrument rating this year. My ultimate goal is to learn aerobatics. Being new to the aviation world, there is much to learn, but the most fun I have had so far was spin training. My private pilot examiner has participated in aerobatic competitions and took some time after my test to talk with me about aerobatic training and all the fun opportunities awaiting in that realm of aviation! 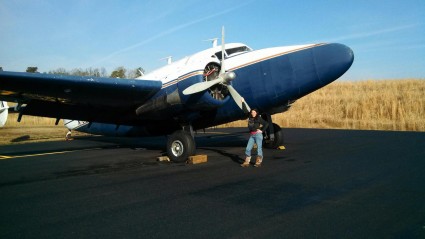 Me with a Lockheed Lodestar

So, my ultimate goal is to own an aerobatic taildragger! And maybe even participate in some competitions myself! Â As the only active female pilot at my airport, I am very excited to be joining a group of ladies with so much energy and activity, and with so many opportunities to participate! I hope to meet many of you soon in person at a fly-in! 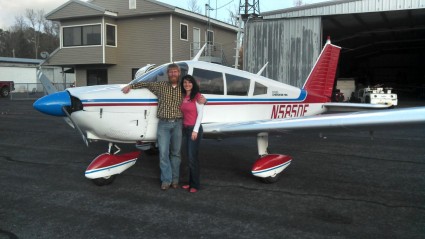 Jason and I with our Cherokee 180