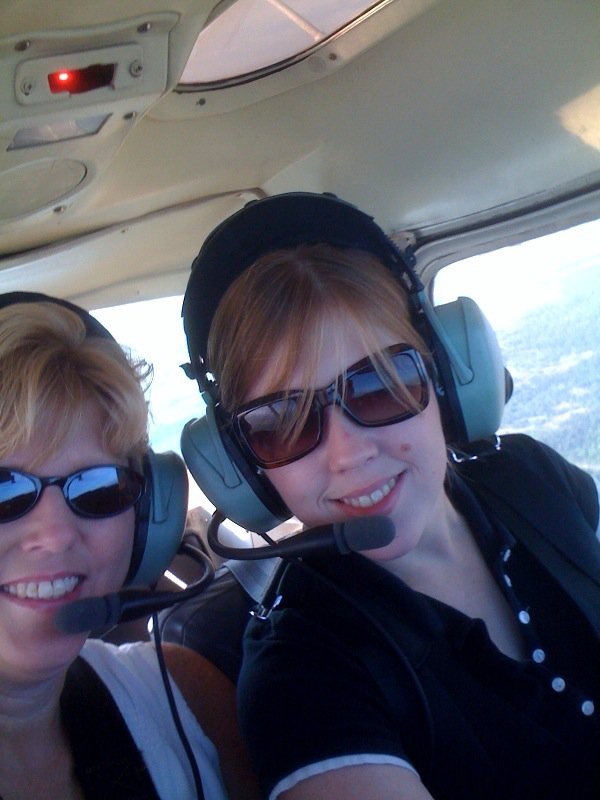 Lindsey Stevens is a college student at Texas A & M University and has flown out of KCRS, KCLL, and KCFD. 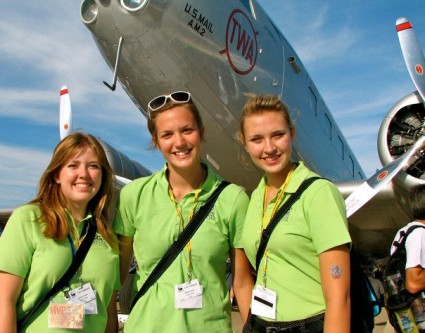 Meet Lindsay Stevens (on the left) with friends at Oshkosh

I am a college student at Texas A&M University in College Station, Texas, studying Education. I hope to later get my master’s degree in museum studies so I would be able to work as an education coordinator in an air and space museum. Â I was blessed to grow up in an aviation centered family in Corsicana, Texas, (grandfather, father, and brother all fly) and have been fascinated by planes my whole life. 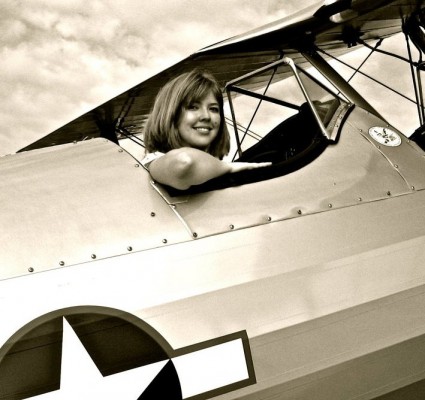 My first flight was as a babe in arms in a taildragger (an Aeronca Chief). My first solo was on my sixteenth birthday (we had cake at the airport) and then I earned my private pilot’s license about a year later. I learned to fly in a tricycle gear Aerobat Cessna 150, but have a good bit of time in a friend’s tailwheel conversion Cessna 150-150, another friend’s Piper Cub and my family’s Cessna 170 which I flew as co-pilot/navigator cross country back to Texas from Oshkosh last year. 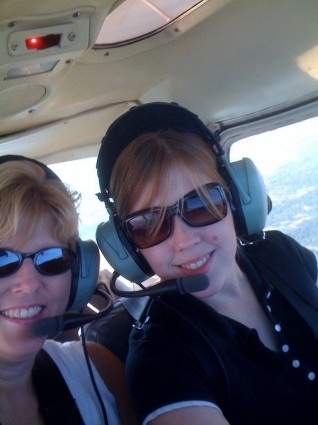 I have also been lucky enough to have some time in other tailwheels including a Taylorcraft, a Pitts Special, and a Stearman. I love taildraggers because of they tend to be better looking airplanes and take more finesse to fly. How could you not be proud of flying one? 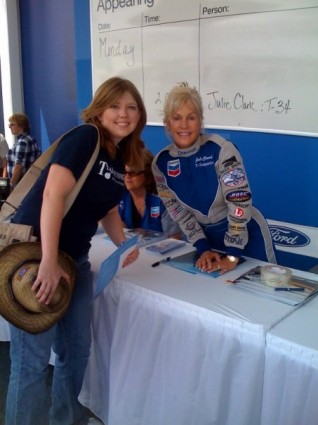 As this point in my life school takes top priority and I don’t get to fly as much as I would like, though I am working toward saving up money to join our local flying club this upcoming semester. As much as I love flying I still have a lot to learn and hope to one day get my tailwheel endorsement among many other future aviation goals.