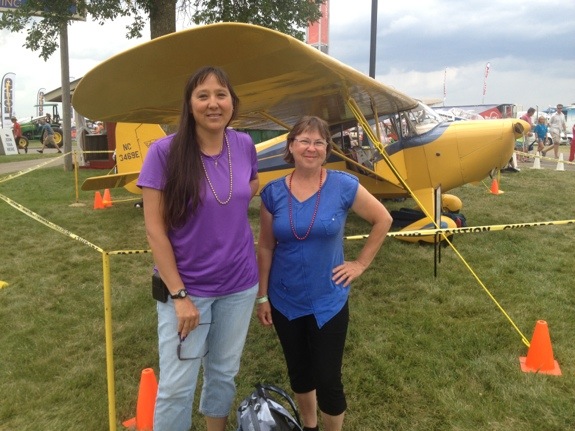 For the second year in a row I’ve bumped into Shona who flew her Glasair 1TD from the Vancouver BC area. Her friend from the same area, Joan Cox, flies an RV7 and also a C150. She flew the C150 to OSH to celebrate its 50th birthday this year!

LLT member Julie Hartlaub and her husband are here displaying 2 fabulous aircraft, a Zlin Cub-S and the even lighter and less expensive Savage Bobber. Stop by and say hey! 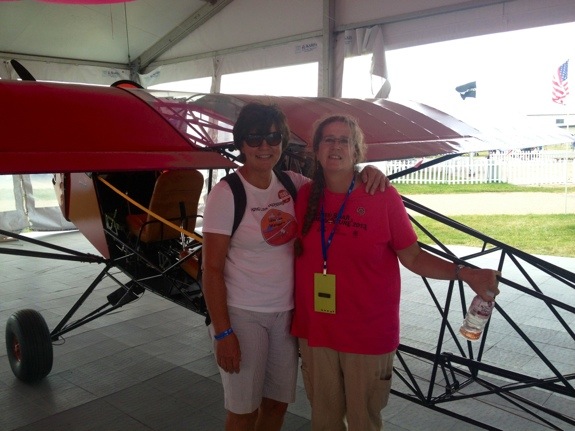 FYI the EAA has a very visible presence here protesting the last minute, strong arm tactics by the FAA. 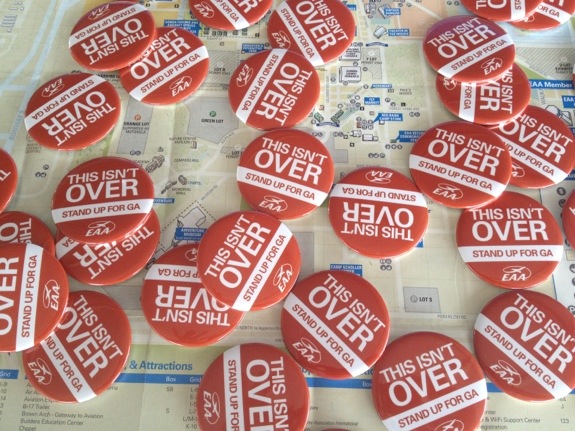 This is a turning point in general aviation. Without a lot of noise from concerned pilots everywhere we will soon follow in the footsteps of Europe. Anyone aware of the declining number of GA pilots realizes the effect new user fees will have on that number. 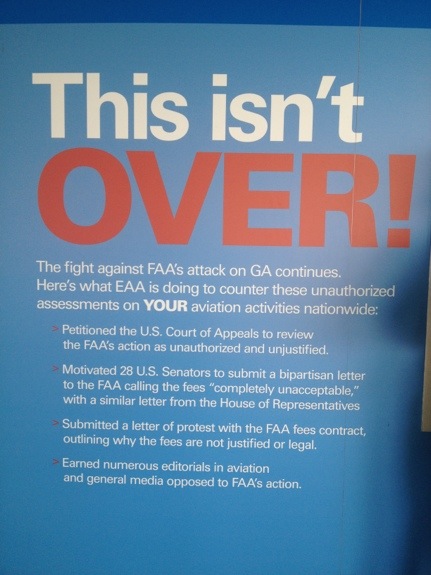 Here at AirVenture you have the opportunity to voice your opinion to an EAA employee and sign one of the many whiteboard “letters of protest” meant for Washington. Word is the EAA is expecting a bill for near 1 million next year and those costs will be absorbed by you and me. 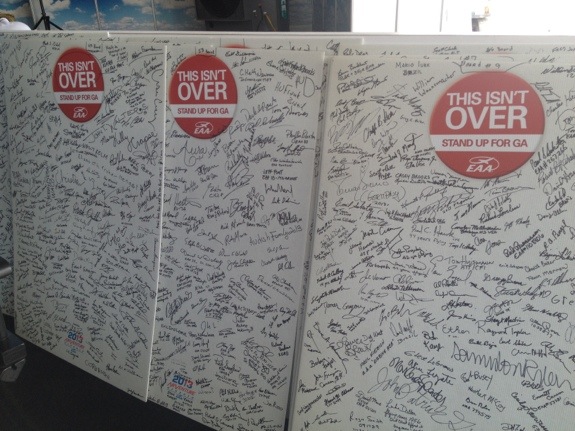 But on a happy note!!
The word from Disney is â€œDisneyâ€™s Planesâ€ held a very special preview at â€˜The Worldâ€™s Greatest Aviation Celebration,â€™ EAA AirVenture in Osh Kosh, WI, where aircraft took a break to see a whole different kind of action at the air show: a fly-in screening of the animated comedy adventure featuring Dusty (voice of Dane Cook), a plane with dreams of competing as a high-flying air racer. 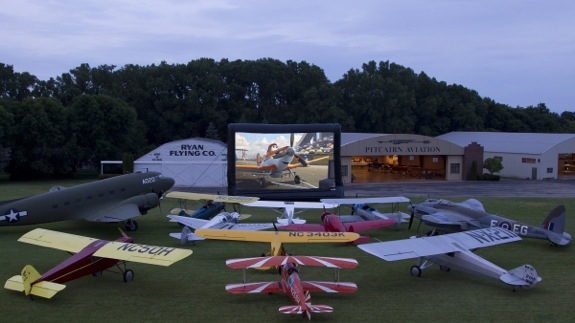 On the big screen tonight at AirVenture for “real” people!