Saturday, September 4, 2010 Marion IN celebrated its 20th Annual Fly/in Cruise/in. Â It turned out to be a wild day with winds blowing 20-25 mph, gusting to 30+ as the pancake breakfast got underway. Even though I expected to see the usual large crowds of people, what I didn’t expect to see was too many aircraft flying in. Â (Boyd and I got in the day before) 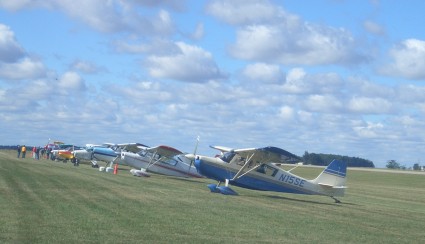 As it turns out, dozens of vintage, light sport, antique and general aviation aircraft were determined to give the winds their best shot and flew in anyway. Â  I pulled up a lawn chair and sat as close to runway 22 as I could get and watched for 2 straight hours as pilot after pilot demonstrated their best crosswind component landing abilities. (We’re talking 60 to 90 degree crosswinds at 30+ mph at times). Â A P51 got it down OK but the perfect “10” had to go to the light weight J3 Cub who was getting bounced around like crazy on short final but hung in there, got that right wing down, patiently waited it out and absolutely slicked it on! 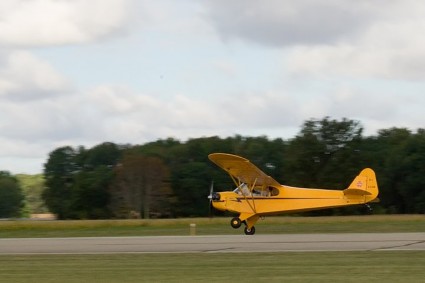 This year’s special “guest” was aÂ 1936 Lockheed 12A Electra Jr that was used in the filming of the 2009 movie “Amelia” starring Hilary Swank and Richard Gere. 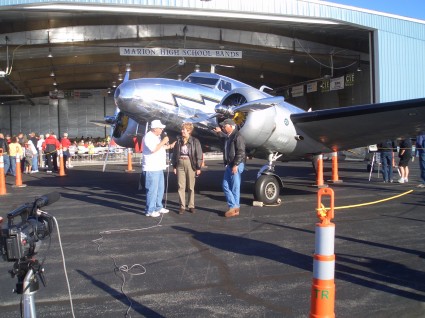 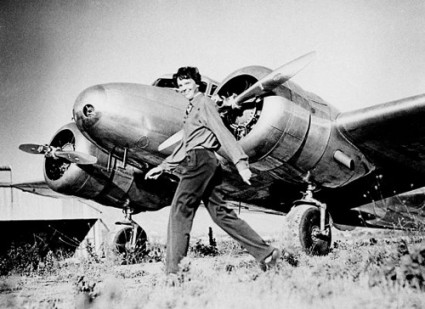 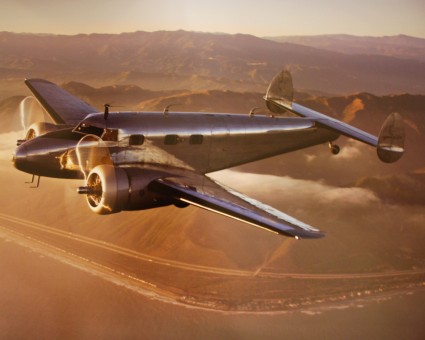 Lockeed Electra 1A2 used to film the movie

From Joe Shepherd’s website see this short video about the aircraft and the movie.