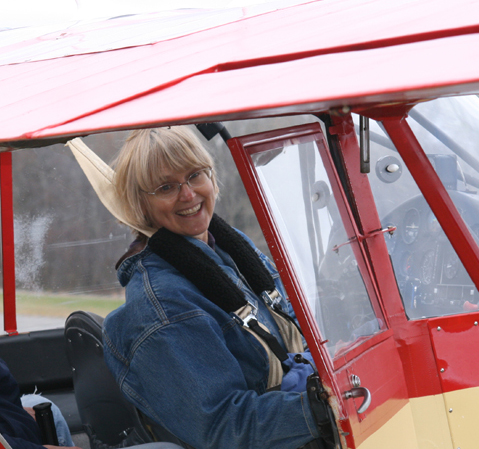 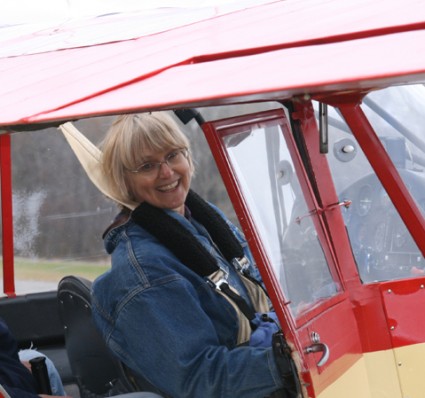 This picture was taken just after landing the Piper Super Cruiser at Great Barrington Airport. I had just finished my biennial.

I love to fly and I’ve flown everything from a light sport aircraft Gobosh & Valor, Piper Cubs, Cruisers (on wheels & floats), Colt, Cherokees to Warriors, and of course Cessna 150s, 152s, 172s, and Diamonds to Cirrus.

Since I don’t own a plane, I’m free to sample a wide range of general aviation aircraft and I’m having a ball. Some aircraft I only get to sample once or twice, but many others I have had a chance to master. The first taildragger I flew and master was the Piper Colt, and that really prepared me for seaplane flying – love the glassy water landings the most! 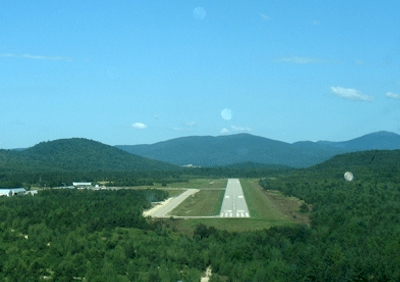 Most of my flying is done in the “backyard” literally making turns around a point (my house) and flying to close airports for Soup Sundays, safety seminars and 99s Section Meetings. When I can’t fly from the airport – I’ll be working there. I’m an on-call employee Western Maine Aviation at IZG (Eastern Slope Reg. Airport, Fryeburg, Me. serving the Maine Western Mountains and White Mountain Region of NH). Stop in an say “hi”!

I have also made some long cross countries in small aircraft – the first being a trip to Sun & Fun in a Warrior, followed a few years later by an Osh Gosh trip in a Cherokee. The longest and most unforgettable will be my flight to Anchorage, Alaska in a 172XP. Admittedly, my role in these excursions was as more of a co-pilot, but doing my share of right-seat flying. To me that doesn’t matter – I’m in the air thoroughly enjoying the view from above and all the processes involved with flying.