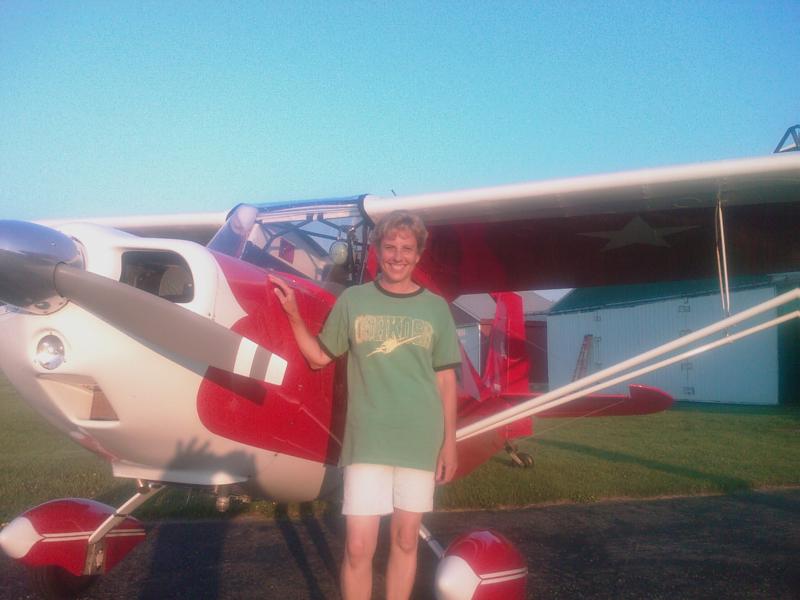 (Here’s an update from Lorna, just sent through her instructor and flying partner, Dennis Borkowski. Â Lots of pictures and more…..) 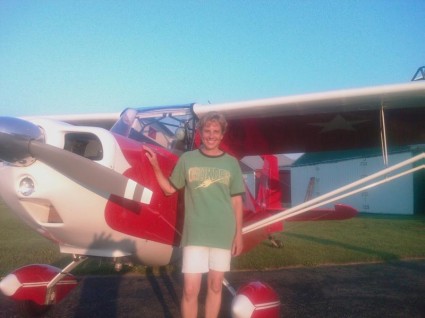 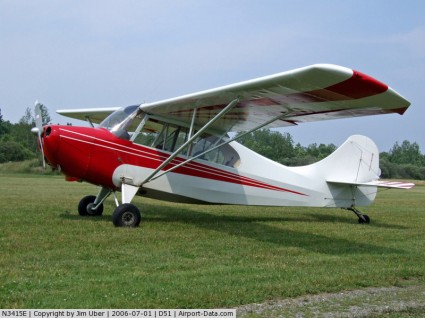 Lorna’s Champ above and Citabria below. Â (Very cool, Lorna!)

Sent in by Dennis Borkowski; Â Hi, Lorna asked me to reply for her because she is so busy at work [managing a kennel]. I am her instructor and flying partner. Lorna flew with me [she did most of the flying!] on a ferry flight from DKK near Buffalo to Creve Coeur in Waco QCF-2 NC11247 and back in Waco UPF-7 Â N173E. Planes belong to Lou and John Nalbone of DKK. Â The Nalbone’s UPF-7 was sent to Rare Aircraft for total rebuild and many mods. Â Lou told me they will do a photo shot for AOPA then send plane here.Â Â John Cournoyer redid paint on QCF and sold UPF to them. Check out Waco N173E photos at primeoresto.blogspot.com . 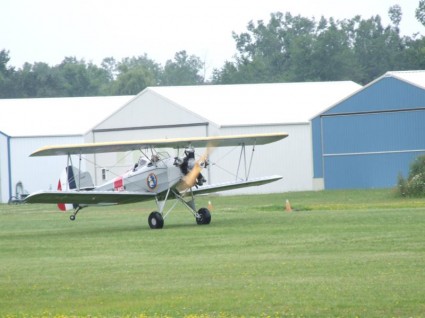 We also did some fun flights in both. Since, I checked Lorna out in Fleet N8600 and started on Stearman N65688 that belongs to my student, Scot Shefler. 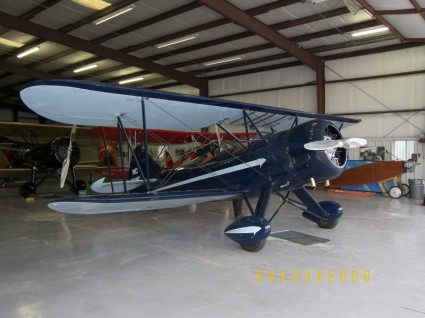 Lorna also flew me to Vermont in her 7ECA, N7502F to pick up RNF Â NC144Y for Cournoyer. We flew formation back to Buffalo. She also was my safety pilot when I was out of a medical for a while. Have 2nd class med back now. 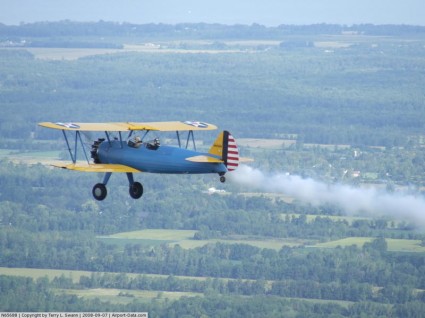 We have been aware of you, Susan. I met your husband at Waco Field fly-in in 2008. I was flying a Champ to NY for Dick Ash [Waco N29303] from Creve Coeur. Dick gave Lorna and I the honor of flying his Waco! Lorna and I have been working on her aerobatics in her Citabria lately. 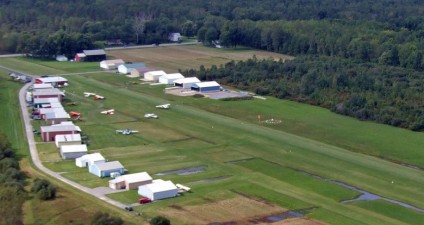 “I have had the absolutely incredible good fortune to fly a wide variety of taildraggers; from a 1929 Fleet Model 1 to Stearmans, Wacos, Fairchild trainers, up thru to C180. Â  Am working on my Â Commercial and Multi Engine Inst. ratings — Without a doubt, I am one of the luckiest gals around; flying off of a grass strip in about 29 different models of aircraft. Â It’s what I love to do best!”