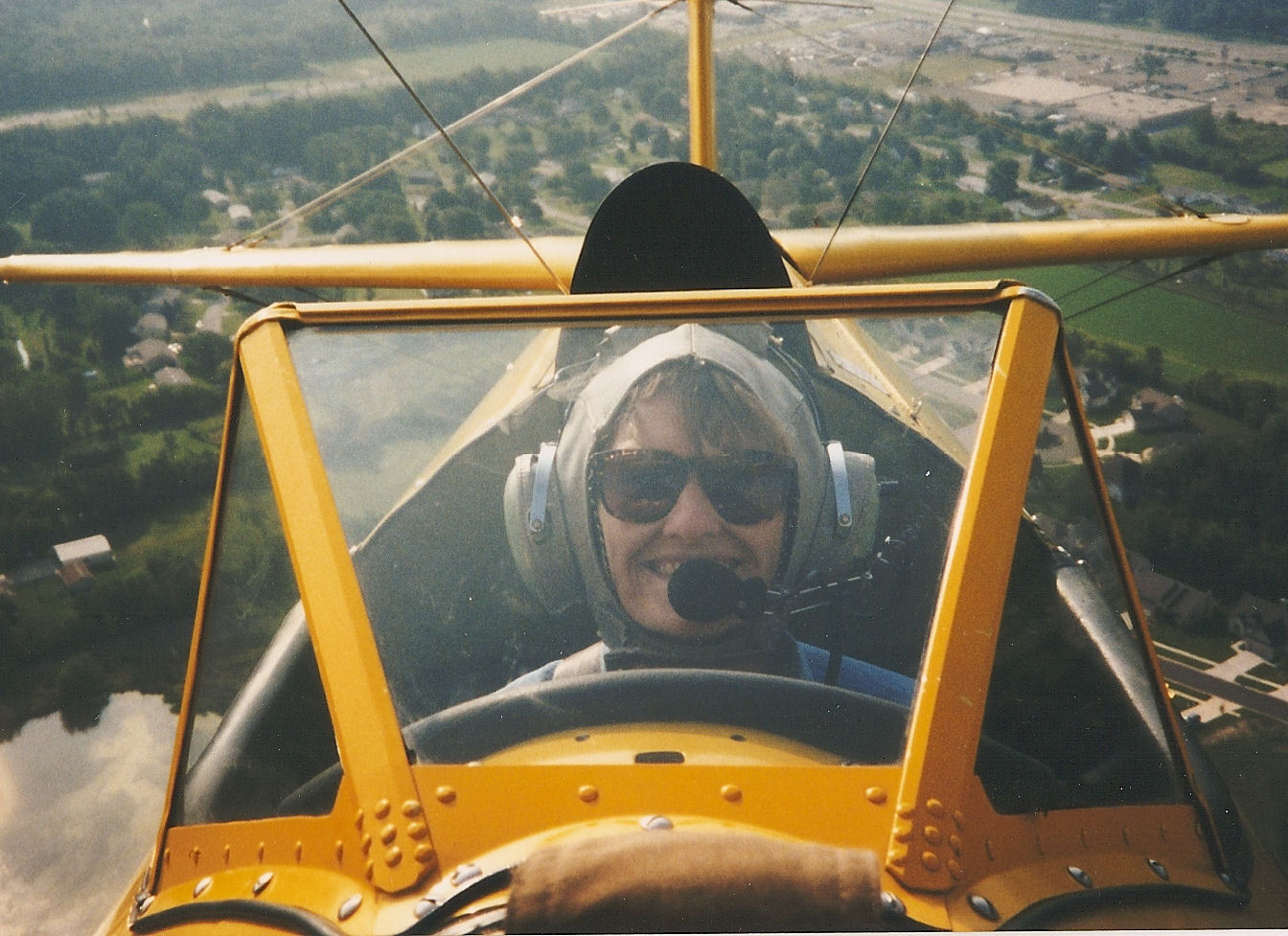 We have kept the 140A and I think I will go before it goes as it has been in the family since 1968, but other taildraggers have come and gone, including a bunch of Cessna 140s, a 150 taildragger conversion, a Spartan Executive (Kenâ€™s Mistress), a Commonwealth Skyranger, and a Culver Cadet.

All of these we bought as some form of basket case and fixed up or restored to flying condition.

We are working on another Cessna 150 tailwheel conversion right now as that is the plane I had a lot of fun with.Â Â The early 150s with the straight tail and straight back are the best when converted using Cessna 140 gear.

I fly the B-777 for United right now, and started an interior business about 15 years ago.Â Â I sew and install complete interiors for people, preferably in old airplanes.Â Â My husband Ken is an A&P and IA so between the two of us we do lots of complete restorations for ourselves and others.

We got our DC-3 type ratings, and that also allows us to deliver all kinds of planes all over the US.Â Â I have to say it is always a team effort!