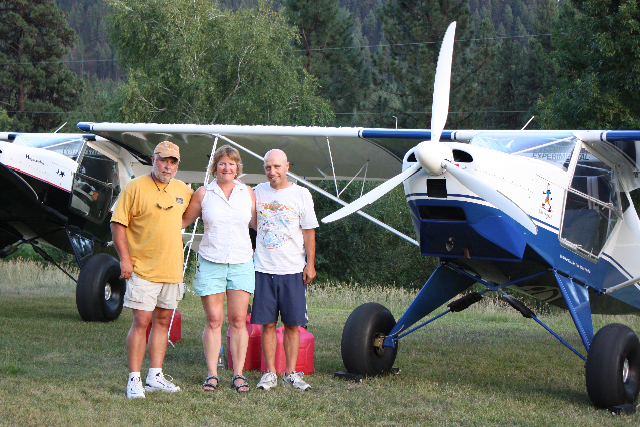 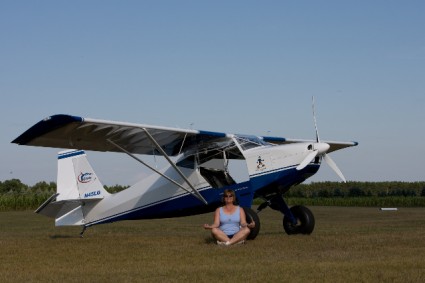 Lynn with the Highlander she built and later sold.

Sept. 2009. I have been flying most my life and luckily make my living doing so, but my real joy comes from flying light aircraft. In 2007 I completed my Just Aircraft, Highlander and have taken several great trips in it already. This summer I flew from my home in Florida to Idaho and back visiting the backcountry airstrips along Big Creek, as well as hitting the more traveled paths like Johnson Creek and Garden Valley. 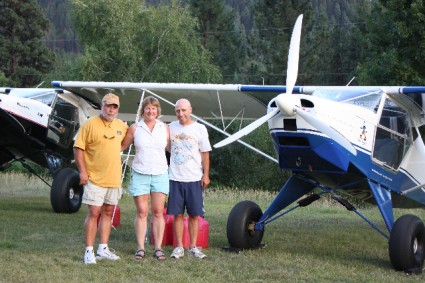 The photo with my two friends Steve C and Steve H is in Garden City; we camped for the night. GREAT SPOT! Steve H makes lots of exciting videos and posts to YouTube as taildrgfun. He is the Dead Stick Takeoff guy. 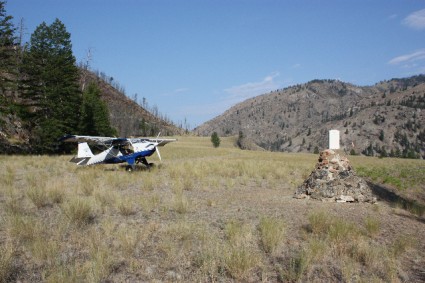 The picture with the stone marker is a place called â€œSoldier Barâ€ on Big Creek in Idaho. It is listed as Hazardous, but IÂ didn’tÂ think so. In a light airplane as long as its not windy its easy. You can see the result of wildfires in the background. Idaho has suffered a lot of fire damage. Its not as green as it was the last time I visited in 86â€².